This website requires the use of Javascript to function correctly. Performance and usage will suffer if it remains disabled.
How to Enable Javascript
Change in Earth’s Rotation Could Cause More Earthquakes in 2018

Change in Earth’s Rotation Could Cause More Earthquakes in 2018 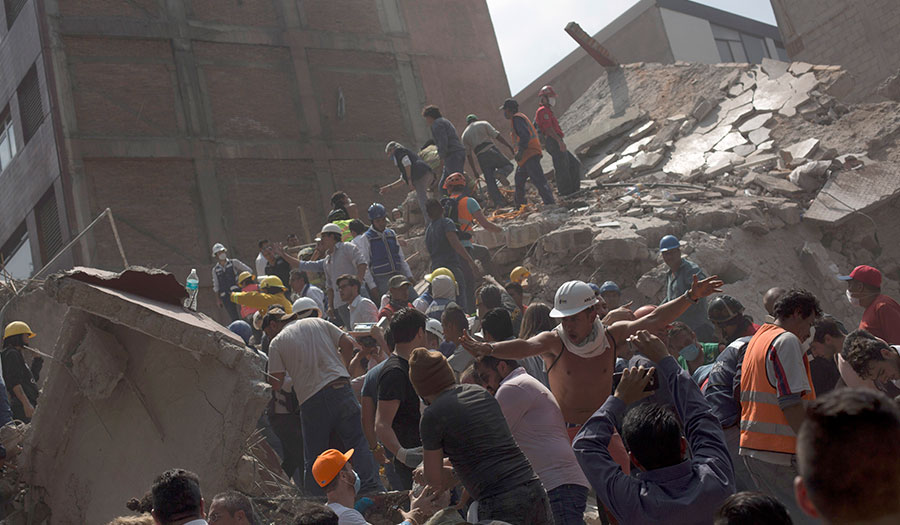 Rafael S. Fabres/Getty Images
Rescuers work in the rubble after a magnitude 7.1 earthquake struck on September 19 in Mexico City. The powerful earthquake caused panic among the megalopolis’ 20 million inhabitants on the 32nd anniversary of a devastating 1985 quake.

More major earthquakes—magnitude 7.0 or above—are likely to occur in 2018 as a result of Earth’s rotational speed slowing down, according to research published in Geophysical Research Letters.

Geophysicists have measured the rotational speed of Earth and found that, about every 25 to 30 years, Earth’s rotational speed slows down by about a millisecond per day. In addition, the research team found that since 1900 more major earthquakes occurred in the fifth year of the slowdown periods. On average, there were 15 major 7.0 magnitude earthquakes each year, but there were 25 to 30 during the fifth year of Earth’s slower rotation.

Incidentally, 2018 is a fifth year in a slowdown cycle that began in 2013. Thus, the research team expects next year will have more major earthquakes.

“The Earth is offering us a five-year heads-up on future earthquakes,” lead researcher Roger Bilham of the University of Colorado told The Guardian.

Most of the additional earthquakes are expected to occur near the equator—where about 1 billion people live—as this has been the case historically.

A 7.0 magnitude earthquake struck off the South Pacific island of New Caledonia on November 19, triggering a tsunami warning. This was the most recent quake in a number of major temblors in Iran, near Mexico City, and southern Mexico, which together have killed many hundreds.