This website requires the use of Javascript to function correctly. Performance and usage will suffer if it remains disabled.
How to Enable Javascript
Price Tag of War: $5.6 Trillion for Post-9/11 U.S. Conflicts 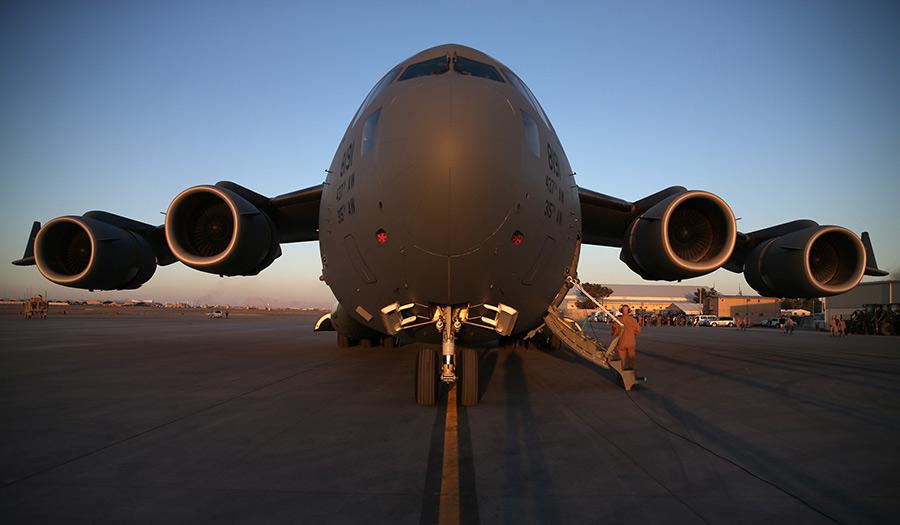 Mark Wilson/AFP/Getty Images
A C17 military aircraft—which costs in excess of $200 million—remains on a tarmac at the Kandahar air base in Afghanistan (Dec. 8, 2013).

Sixteen years since the United States began waging wars in Afghanistan and Iraq after the terrorist attacks on September 11, 2001, the costs have been staggering.

A new report from the Watson Institute at Brown University reveals the financial toll of U.S. wars since 9/11 is $5.6 trillion. The calculation represents budgetary costs for the U.S. wars in Iraq, Afghanistan and Pakistan, as well as for Veterans Care after 9/11, Homeland Security, and estimated medical and disability needs for veterans from 2018 through 2056.

For comparison, the cost of funding America’s operations in World War II, amounted to over $4 trillion in 2017 currency, according to a 2010 report from the Congressional Research Service.

While these figures reveal the significant monetary cost of war, the Watson Institute report noted that “a full accounting of any war’s burdens cannot be placed in columns on a ledger.”

“From the civilians harmed and displaced by violence, to the soldiers killed and wounded, to the children who play years later on roads and fields sown with improvised explosive devices and cluster bombs, no set of numbers can convey the human toll of the wars in Iraq and Afghanistan, or how they have spilled into the neighboring states of Syria and Pakistan, and come home to the US and its allies in the form of wounded veterans and contractors. Wars also entail an opportunity cost—what we might have done differently with the money spent and obligated and how veterans’ and civilians’ lives could have been lived differently,” the report continued.