This website requires the use of Javascript to function correctly. Performance and usage will suffer if it remains disabled.
How to Enable Javascript
Next North Korea Nuke Test Could Collapse Mountain, Send Radiation into China 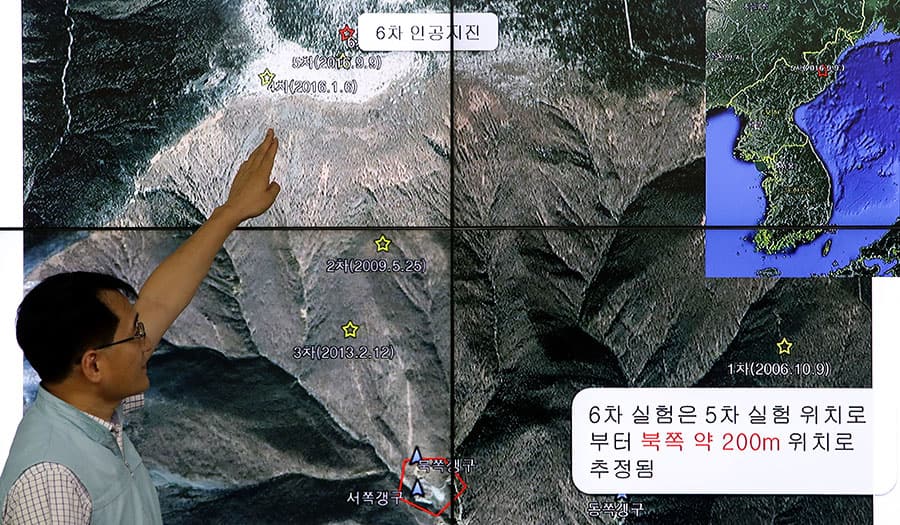 Any more nuclear tests by North Korea could trigger a collapse of its mountain testing facility and cause a radiation leak, South Korea’s Yonhap News Agency reported on October 30. Experts say the area is suffering from “tired mountain syndrome.”

A day later, Japan’s TV Asahi aired a story that an unfinished tunnel collapsed at the site, with the potential of 200 casualties.

According to Yonhap, the chief of the Korea Meteorological Administration, Nam Jae-cheol, spoke during a parliamentary audit about the possible implosion at the Punggye-ri site in the North’s northeastern region. The location has experienced six nuclear tests since 2006. The latest on September 3 is believed to have been a hydrogen bomb.

“Based on our analysis of satellite imagery, we judge that there is a hollow space, which measures about 60 to 100 meters [in length], at the bottom of Mount Mantap in the Punggye-ri site,” Mr. Nam said. “So, should another nuke test occur, there is the possibility [of a collapse].”

He said radiation leakage was a “possibility” should the mountain implode.

Defining “tired mountain syndrome,” The Times wrote that it “is a condition that some believe has afflicted former Soviet and US underground test sites, such as Rainier Mesa in Nevada. The theory is that the force of repeated nuclear explosions weakens the rock inside a mountain, particularly along naturally occurring fissures.

“India and Pakistan each ceased testing after six underground explosions so it may be that North Korea will no longer need the Punggye-ri site. North Korea’s foreign minister, Ri Yong-ho, has said that Kim Jong-un was contemplating exploding a hydrogen bomb over the Pacific Ocean.”

Even if the site is abandoned, the threat of collapse remains. Yonhap reported: “Experts have warned that the North’s nuclear test site must have become fatigued and unstable from six nuclear tests, including last month’s latest and most powerful one, that a collapse could happen at any time.”