This website requires the use of Javascript to function correctly. Performance and usage will suffer if it remains disabled.
How to Enable Javascript
Despite Progress, Ethiopia Struggles to Handle Catastrophic Drought 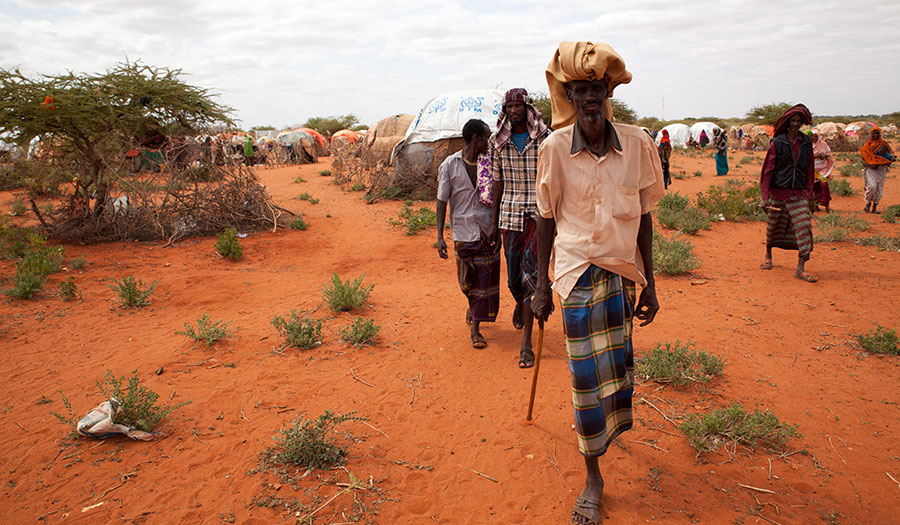 A growing economy and hundreds of millions of dollars in food aid has not been enough to curb the effects of Ethiopia’s dry spell, which the nation’s government warns will deplete its emergency food supply by next month.

The severe drought has been occurring since 2011 and has left 8.5 million people facing severe starvation, according to the United Nations. This has increased from 5.6 million people in January, even though last year, during the height of the crisis, government and international agencies spent nearly one billion dollars to reach more than 10 million people with food aid.

In addition, Oxfam reported that 9.2 million do not have regular access to clean drinking water, posing a high risk for water-borne illnesses such as cholera.

In the beginning of the year, the U.N. warned that the persistent drought in the Horn of Africa would continue to worsen this year, putting 20 million at risk of starvation in eight countries including Ethiopia, Kenya, Somalia, South Sudan, Sudan, Uganda, Eritrea and Djibouti.

“The situation is unprecedented,” Sam Wood, humanitarian director of Save the Children in Ethiopia, stated to nonprofit humanitarian news source IRIN, which was formerly affiliated with the U.N. as “Integrated Regional Information Networks” but now runs independently. “That was the third failed rainy season in a row, so it’s a cumulative effect of failed rains hitting vulnerable communities.”

“Ethiopia has made lots of progress, but when you have a problem of this sort of scale, duration and scope, any system is going to be overwhelmed,” he said.

Funding for aid efforts have decreased this year, partly as a result of donor fatigue. The Ethiopian government has also cut back on funding drought relief efforts. “The government has many development demands,” Mitiku Kassa, state minister of agriculture, told IRIN. “If we divert too many funds to humanitarian needs, it will be difficult to continue growth, so we have to request support from the international community.”

“Overwhelmed by numbers and additionally challenged by diminishing funds, aid agencies began cutting food rations and faced running out of money entirely this July, until last minute donations from Britain, the EU, and the United States guaranteed food shipments through to the end of the year,” IRIN reported.

“For now,” the news agency continued, “deaths on a large scale have been limited to animals, though infant malnutrition rates are increasing to dangerous levels, accompanied by reports of cholera outbreaks.”