This website requires the use of Javascript to function correctly. Performance and usage will suffer if it remains disabled.
How to Enable Javascript
Can Architects Save the World?

Can Architects Save the World?

The world is being choked by pollution. As governments grasp for solutions, some architects and engineers feel they have the answer. 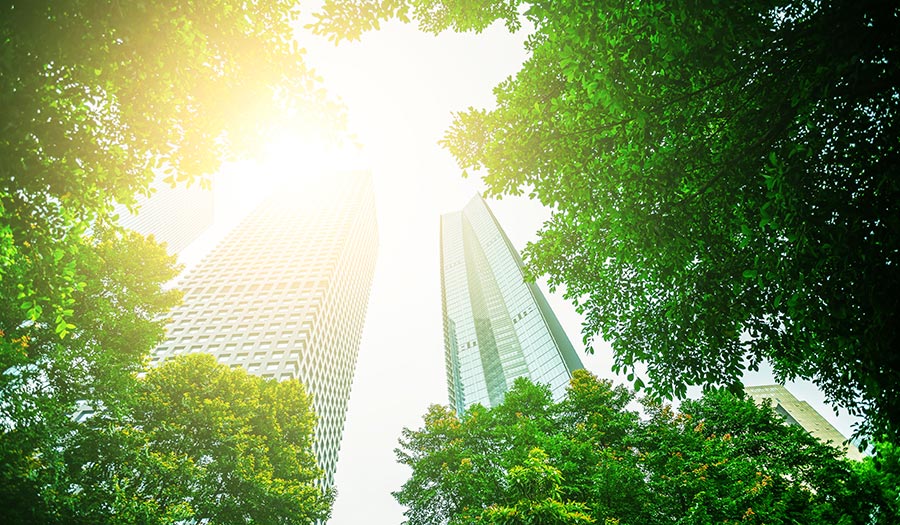 “The ultimate test of man’s conscience may be his willingness to sacrifice something today for future generations whose words of thanks will not be heard,” the founder of Earth Day, Gaylord Nelson, once said.

This quote—a statement that applies to many areas of life—was meant to encourage Earth’s inhabitants to be more environmentally conscious. And since 1970, when Earth Day was created, the Western world in particular has become significantly more mindful of its natural surroundings.

That same year, the United States Environmental Protection Agency was also established to “protect human health by safeguarding the air we breathe, water we drink and land on which we live,” according to its website. Over the last nearly 50 years, the governmental body has enacted countless regulations to support and maintain the nation’s priceless ecosystems.

But despite positive steps taken, the ecological troubles America and the world at large face persist and worsen. Just think of the Great Pacific Garbage Patch—a swirling blob of microplastics and debris the size of Texas that is practically invisible because much of it lies under the ocean’s surface.

According to National Geographic, “Scientists have collected up to 750,000 bits of microplastic in a single square kilometer of the Great Pacific Garbage Patch—that’s about 1.9 million bits per square mile. Most of this debris comes from plastic bags, bottle caps, plastic water bottles, and Styrofoam cups.

“Marine debris can be very harmful to marine life in the gyre. For instance, loggerhead sea turtles often mistake plastic bags for jellies, their favorite food. Albatrosses mistake plastic resin pellets for fish eggs and feed them to chicks, which die of starvation or ruptured organs.”

“If algae and plankton communities are threatened, the entire food web may change. Animals that feed on algae and plankton, such as fish and turtles, will have less food. If populations of those animals decrease, there will be less food for apex predators such as tuna, sharks, and whales. Eventually, seafood becomes less available and more expensive for people.”

An issue that hits much closer to home stems from the buildings in which we live and work. Structures and buildings worldwide are by far the number-one source of energy use—well beyond cars, planes, trains and other fossil-fuel-burning machines. In fact, a 2015 EPA study stated that only 27 percent of greenhouse gas emissions come from transportation. This is dwarfed by the nearly 60 percent of emissions associated with buildings.

Ten years ago, when I attended an accredited architecture school in the Midwest, the word “sustainability” was on the lips of every student and professor. Design as it related to the environment was heavily stressed and projects were rewarded for integrating passive design strategies. These emphasized heating, cooling and ventilating buildings through use of shade, window placement, thermal retention systems, and other natural means. In other words, the greener the building, the better it was received.

This ideology is not only common among students and professors, but architectural firms worldwide. Private businesses have formed for the sole purpose of rating buildings based on their environmental impact. Leadership in Energy and Environmental Design (LEED) has become the world’s foremost building rating system, offering different levels of certification including certified, silver, gold and platinum. If an architect conceptualizes a structure, LEED will determine how “green” it is and what the architect can do to improve its energy efficiency.

Over the past 10 to 15 years, LEED has gained enormous traction with certified structures in over 150 countries. Thirty-two U.S. cities currently support certification for new construction or renovation projects, with 25 of those cities even making it a requirement.

To some, this may sound like the beginning of an environmental panacea: Solve the world’s greenhouse gas problems one city at a time by requiring certification.

There are certainly positive aspects to this logic, but they give way to a series of questions.

If I had to ask the first one, it would be: If I lived in a city where my building project required certification, how much money would I need to spend up front on this structure?

According to a study by HPAC Engineering: “Construction-related expenses for LEED-certified buildings can increase a project’s cost by about 10 to 30 percent. LEED certification alone can account for 5 to 15 percent of the total construction costs, not including funds required for other mandated expenses. Architects and engineers usually demand higher fees for green designs…A green-design professional typically charges 1 to 2 percent more for a LEED-certified building design.”

In other words, on the front end of a $1 million project, incorporating elements to achieve certification could stack on nearly half a million dollars!

This brings about a second question: Are there any alternative rating systems I could use, possibly one that offered cheaper solutions?

The answer is yes, but there are only a few options—none of which come remotely close to the size and reach of LEED. The organization practically holds a monopoly on the industry.

Consider the recent discussions around EpiPen—the life-saving treatment that prevents anaphylactic shock for people with severe allergies. Having a monopoly in the healthcare industry has allowed this private business to determine the costs. Just a few decades ago, these were sold for roughly $20 each. Today, they can be purchased for hundreds of dollars and schools across America require children with severe allergies to carry them.

This puts parents nationwide in a difficult position. While these requirements are valid and reasonable, the cost of this life-saving medication is driven up because only one private business has control over the market for this product.

Similarly, LEED has set the standard and remains virtually unchallenged in the world of building certifications and ratings. Established in 1993, they have promoted sustainability in the building industry and sought ways to reduce greenhouse gas emissions one building at a time.

In a world desperate to find ways to resolve issues of pollution, LEED has taken the biggest step forward. But is it enough?

Despite the noble efforts of certification organizations as well as incredible advancements in technology, there is one issue that remains unaddressed: population density and its effect on the environment.

According to a report by CBS News, 14 of the top 30 most polluted cities in the world are in India. Not surprisingly, this figure directly correlates to the nation’s very high population density.

“One in every three urban Indians live in homes too cramped to exceed even the minimum requirements of a prison cell in the U.S.,” Times of India reported. Such conditions make clear the solution to the world’s pollution problem extends beyond the reach of architects.

As the world struggles with pollution alongside wars, famines, disease and natural disasters, exponential population growth will make problems continue to grow worse and not better.

What would it take to solve the environmental crisis and other unending issues plaguing today’s cities? Read our article Tomorrow’s Cities – Solving the Urban Problem. 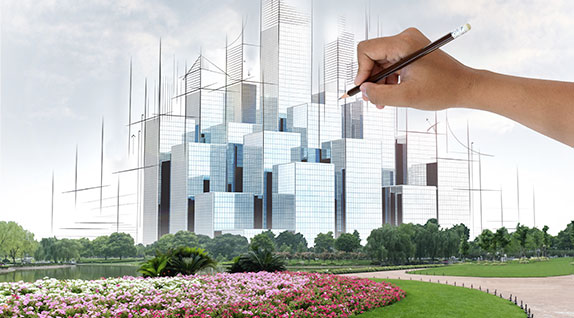 Tomorrow’s Cities – Solving the Urban Problem
Today’s cities are awash with unending issues. How can they be fixed?