This website requires the use of Javascript to function correctly. Performance and usage will suffer if it remains disabled.
How to Enable Javascript
China’s President Consolidates Power Ahead of Second Term 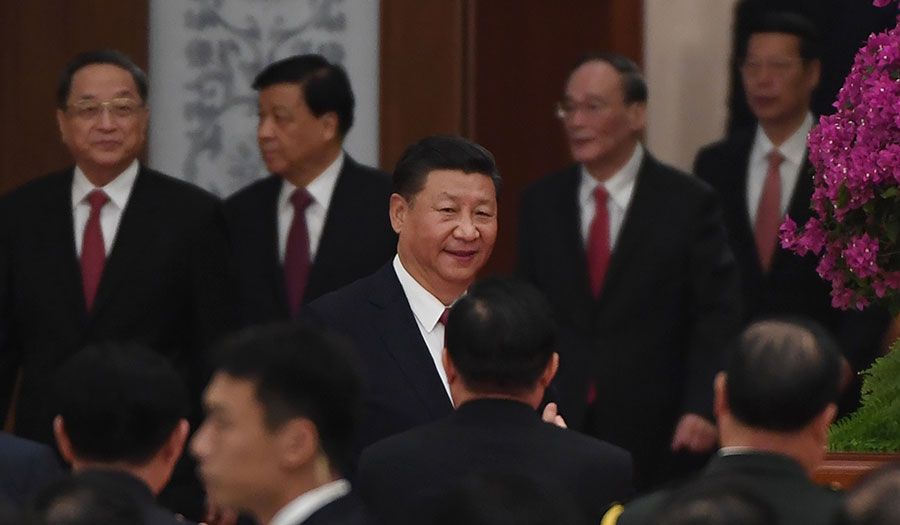 Greg Baker/AFP/Getty Images
Chinese President Xi Jinping arrives at a reception on the eve of China’s National Day, which marks the 68th anniversary of the founding of the People’s Republic of China, in Beijing’s Great Hall of the People (Sept. 30, 2017).

Having bested his rivals, Chinese President Xi Jinping is primed to bolster his already considerable power as the ruling Communist Party begins its twice-a-decade national congress on October 18.

From meetings largely cloaked in secrecy, powerful players will emerge publicly in new roles, and Mr. Xi will address the nation to lay out his political and economic vision for the world’s second-largest economy over the next five years. Villages will broadcast news of the congress over loudspeakers, a security crackdown has been extended, and monitoring of dissidents strengthened.

President Xi, who is expected to get a second five-year term as party leader at the gathering, will kick off events with an address indicating whether his personal political theory will be entered into the party constitution alongside those of predecessors such as Mao Zedong and Deng Xiaoping. The honor was bestowed much later in office for most other leaders.

Such a proclamation, at this time, would broadcast that Mr. Xi, already China’s most powerful leader in decades, will continue to dominate Chinese politics for the next five years—and possibly more—with virtually no domestic opposition.

Earlier in the month, President Xi further strengthened his position by ousting the Communist Party’s top official of Chongqing, one of China’s largest cities, because of corruption charges.

Sun Zhengcai, the party secretary of Chongqing, was charged with bribery and abuse of power. He is the highest ranking official to be prosecuted in President Xi’s campaign against corruption, with dozens of senior officials having been expelled from office in recent years.

The move was a “powerful signal” to the president’s “colleagues just ahead of the 19th Party Congress,” Financial Times reported.

According to NPR: “There’s not much suspense about one outcome of the congress: President Xi Jinping, 64, who is also the party boss and the head of China’s military, is all but assured of a second five-year term.

“Xi has spent his first term consolidating his grip on power to a degree not seen in China for decades. He has packed the power structure with allies and proteges, and knocked out potential rivals through a wide-ranging anti-corruption drive.

“Last year, the party acclaimed Xi as the ‘core’ of China’s leadership, and officials since then have been especially busy pledging their fealty to him and studying his speeches and writings.”

Though the outcome of the election is almost certain, Chinese citizens are uncertain what President Xi’s consolidation of power means for the direction of the nation.

One Chinese academic told Financial Times: “Under Xi Jinping politics are much more difficult to predict because power is concentrated in one pair of hands. Everything depends on the top leader who is somewhat volatile.”