This website requires the use of Javascript to function correctly. Performance and usage will suffer if it remains disabled.
How to Enable Javascript
Record 1 in 5 Americans Are Immigrants

Record 1 in 5 Americans Are Immigrants 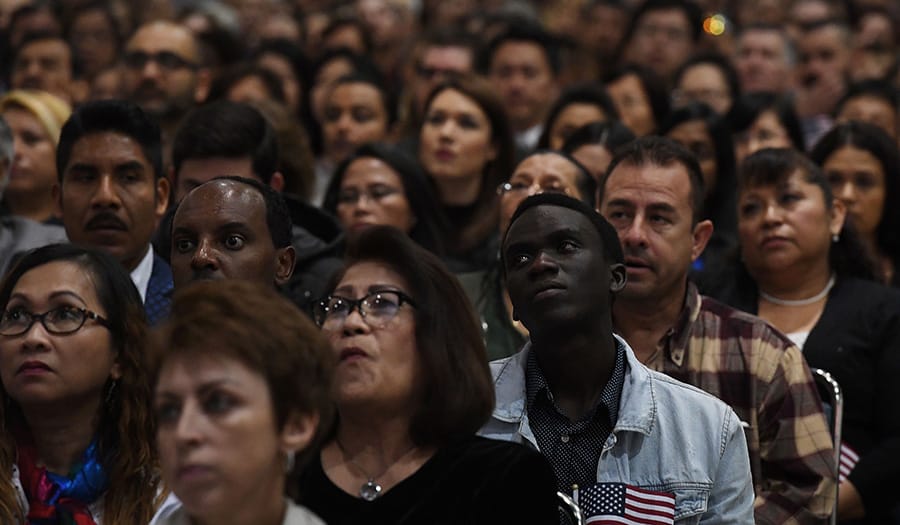 New home: People stand before pledging allegiance to the United States of America as they receive citizenship at a naturalization ceremony in Los Angeles, California (Feb. 15, 2017).

An immigration boom since 2000 has caused the number of immigrants in the United States, both legal and illegal and including U.S.-born children, to hit a record high of 60 million, according to a report by the Center for Immigration Studies (CIS).

Not including American-born children, the number of immigrants is 43.7 million, representing 13.5 percent of the total national population—the highest percentage since the 1910s.

In addition, the U.S. Census Bureau projects that immigrants’ share of the population will increase to 14.3 percent by 2020 and a historic high of 15.8 percent by 2030.

The report found that the immigrant population increased by 8 million from 2000 to 2016, primarily coming from Mexico and Latin America.

According to Steven Camarota, CIS director of research and co-author of the report, “The enormous number of immigrants already in the country coupled with the settlement of well over a million newcomers each year has a profound impact on American society, including on workers, schools, infrastructure, hospitals and the environment.”