This website requires the use of Javascript to function correctly. Performance and usage will suffer if it remains disabled.
How to Enable Javascript
North Korea Using Illegal Arms Sales to Bypass Sanctions 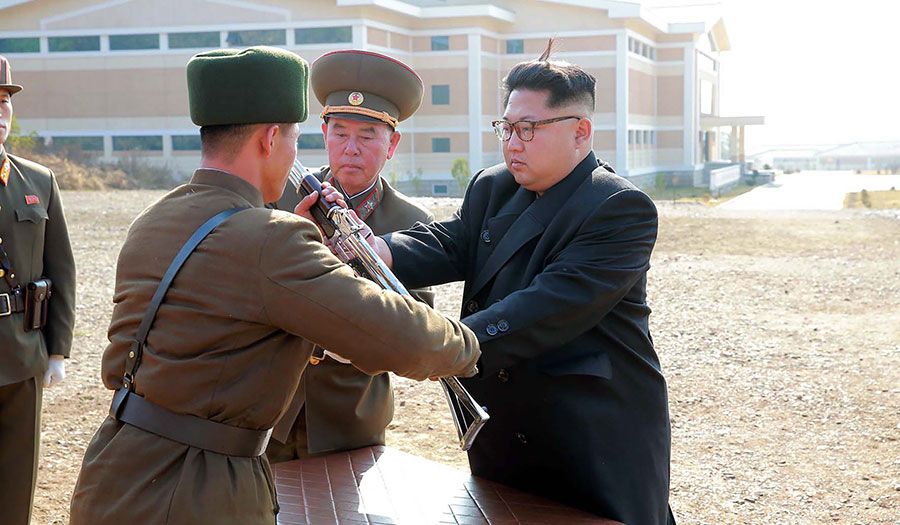 North Korea is using illegal weapons sales to circumvent sanctions, which U.S. Ambassador Nikki Haley called in August “the most stringent set…on any country in a generation.”

In one instance, cited by newspaper, U.S. officials discovered that a ship heading to the Suez Canal decorated with Cambodian colors was a disguised North Korean vessel transporting 30,000 rocket-propelled grenades.

The incident set off a United Nations investigation about where the ship was headed, according to the media outlet, which “uncovered a complex arrangement in which Egyptian business executives ordered millions of dollars worth of North Korean rockets for the country’s military while also taking pains to keep the transaction hidden, according to U.S. officials and Western diplomats familiar with the findings. The incident, many details of which were never publicly revealed, prompted the latest in a series of intense, if private, U.S. complaints over Egyptian efforts to obtain banned military hardware from Pyongyang, the officials said.”

“Whether North Korea was ever paid for the estimated $23 million rocket shipment is unclear,” the newspaper stated. “But the episode illustrates one of the key challenges faced by world leaders in seeking to change North Korea’s behavior through economic pressure. Even as the United States and its allies pile on the sanctions, Kim continues to quietly reap profits from selling cheap conventional weapons and military hardware to a list of customers and beneficiaries that has at times included Iran, Burma, Cuba, Syria, Eritrea and at least two terrorist groups, as well as key U.S. allies such as Egypt, analysts said.”

The research backs up a United Nations report several years ago claiming that despite heavy sanctions, North Korea was still engaging in arms deals.

As Reuters summarized, “North Korea has gone to great lengths to mask the origin of its merchant shipping fleet by reflagging and renaming ships, the report said, particularly after the introduction of tightened U.N. sanctions in early 2013 that followed the country’s third nuclear test.

“Most of the registered owners of the ships are small companies that rarely own more than five vessels, meaning Pyongyang is able to keep its fleet running if a ship or shipping company is seized or has its assets frozen.”

The latest round of UN sanctions bans member countries from operating joint ventures with North Korea, most of which are in China. They also ban sales of natural gas to North Korea and purchases of the North’s textile exports, another key revenue source, and order other nations to limit fuel supplies to the North.

China, which provides the bulk of North Korea’s energy supplies, announced it would cut off gas and limit shipments of refined petroleum products, effective January 1. It made no mention of crude oil, which makes up the bulk of Chinese energy supplies to North Korea and is not covered by the UN sanctions.