This website requires the use of Javascript to function correctly. Performance and usage will suffer if it remains disabled.
How to Enable Javascript
U.S. Health Insurance Premiums Set to Rival Mortgage Payments

As Washington endlessly debates healthcare reform, the average citizen is left paying the bill. What can individuals do about it? 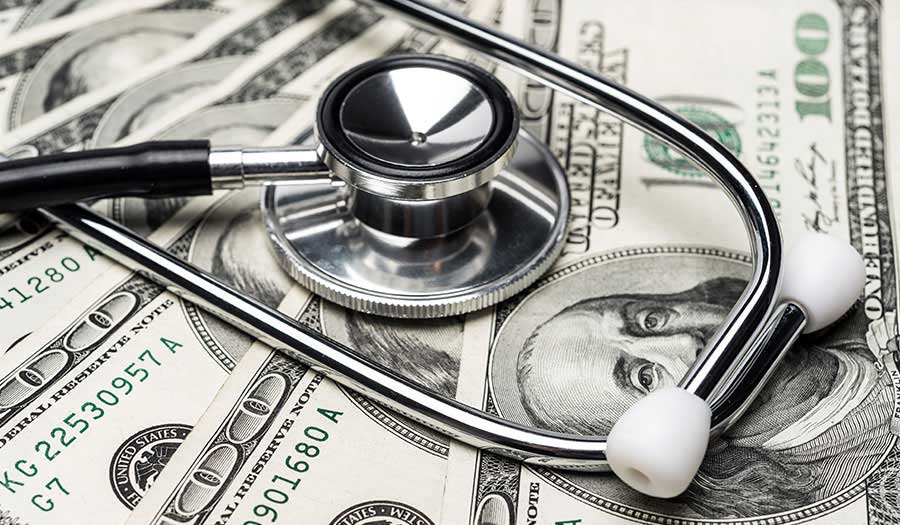 Millions in the United States who purchase individual health insurance policies and get no financial aid from the nation’s healthcare law, the Affordable Care Act (ACA), are facing another year of double-digit premium increases. Their frustration is reaching the boiling point.

Some expect premiums for 2018 to rival a mortgage payment.

Pay rates for such Americans are connected to the price of coverage on the health insurance markets created by ACA. But these consumers get no protection from the law’s tax credits, which provide a buffer against rising premiums. Instead, they pay full price and feel the painful effects of market problems such as high costs and diminished competition.

There is some hope for relief from Congress, but this depends on Republicans and Democrats working together despite a seven-year healthcare battle that has left raw feelings on both sides.

The most vulnerable consumers tend to be in the middle-class income bracket. These households do not qualify for the law’s income-based subsidies, and include early retirees, skilled tradespeople, musicians, self-employed professionals, and business owners.

“We’re caught in the middle-class loophole of no help,” said Sharon Thornton, a hairdresser from Newark, Delaware. She said she is currently paying about $740 a month in premiums, and expects her monthly bill next year to be around $1,000, a 35 percent increase. Her policy carries a deductible of $6,000.

She finds the notion that she could qualify for financial assistance by earning less unacceptable. “The government is telling me: ‘If you work less, we’ll give you more,’” said Ms. Thornton, who is in her 50s.

If people in this situation drop out, they not only gamble with their own health, but their departure also means the group left behind gets costlier to cover as healthier customers bail out. That is counter to the whole idea of insurance, which involves pooling risk.

Buying health insurance has always been a challenge for people getting their own policies outside the workplace. Before “Obamacare,” insurers could deny coverage for those with health problems or charge them more.

ACA guarantees coverage regardless of health problems, provides tax credits and other subsidies for those with modest incomes, and was supposed to generate competition among insurers to keep premiums in check across the board. The overhaul sought to create one big insurance pool for individual coverage in each state, no matter whether consumers bought plans through HealthCare.gov or traditional middlemen such as insurance brokers.

But an influx of sicker-than-expected customers drove up costs for insurers, while many younger, healthier people did not opt for coverage. Political opposition to ACA only complicated matters.

The result was a 25 percent average increase in the price of a midlevel plan on HealthCare.gov heading into this year. Many states expect a similar scenario for 2018. But, this time, insurers say uncertainty about the Trump administration’s intentions is driving up their bids ahead of the November 1 start of open enrollment.

About 17.6 million people buy individual health insurance policies, and half of them get no subsidies under the law, according to estimates by the nonpartisan Kaiser Family Foundation. The number of unsubsidized customers with ACA plans outside the health insurance marketplaces dropped by 20 percent this year, after the big premium increases.

“The unsubsidized part of the market outside the exchanges has shrunk noticeably as premiums have increased,” said Larry Levitt, senior vice president of the foundation. “It’s likely that the people dropping out of the market are healthier overall. So the pool has potentially deteriorated.”

It is time to shift focus in the healthcare debate, said Senator Lamar Alexander, chairman of the Senate Committee on Health, Education, Labor and Pensions, which plans hearings beginning this coming week.

“The people who are really getting hammered—they are the ones we need to help,” said Mr. Alexander, a Republican from Tennessee. “We’ve got a few weeks to come to consensus in this seven-year-old partisan stalemate and if we don’t break it, some people will be priced out and badly hurt.”

He envisions limited legislation that guarantees disputed subsidies for copayments and deductibles another year, while giving states more leeway to design less-costly plans. Democrats are looking for financing to help insurers with high-cost cases. Experts say that guaranteeing the subsidies should lead to an immediate cut in premiums in many states.

Considering the “influx of sicker-than-expected customers,” and looking at an overview of the health of the American population, some harsh realities come into view.

A 2016 study published in the health journal Mayo Clinic Proceedings attempted to determine what percentage of U.S. residents practiced a generally healthy lifestyle. The study based its assessments on four factors: (1) activity levels, (2) diet, (3) smoking and (4) bodyfat.

Shockingly, of 4,745 study participants, less than 3 percent were considered to have a healthy lifestyle based on these four factors!

The factor that most often kept individuals from being considered healthy was bodyfat level. Two-thirds of Americans are either overweight or obese according to medical standards.

A common frustration among healthcare providers is a patient who arrives with a poor “healing profile” based on a lifetime of neglect of and damage done to the body. In this case, even the most skilled and dedicated professionals—primary physicians, specialists, nurses, therapists, surgeons—can do little to improve quality of life.

Americans are not the only ones who are known for poor health choices. Many the world over are not consistently opting for a healthy lifestyle. The resulting health problems are on top of those caused by issues we may have little or no control over such as inherited conditions, hazardous occupations, and environmental pollution.

But controlling the things we can makes a difference! We often only begin to invest in our health and take it seriously when we develop a debilitating condition. We then go into reactive mode, and this is when our healthcare coverage, or lack thereof, becomes a critical concern.

Thankfully, there is another way. A proactive approach, adopted early enough, could prevent the need to be reactive to a dire crisis later in life. We can make a difference in our health.

Ideally, we should build good habits when we are young, maintain them through our formative years, and reap the benefits into middle age and beyond.

But even if this focus was not part of our upbringing, for many of us, there is still time to make positive changes in how we feel and function.

To learn more about the basics of a healthy lifestyle, read our free booklet God’s Principles of Healthful Living.