This website requires the use of Javascript to function correctly. Performance and usage will suffer if it remains disabled.
How to Enable Javascript
Hurricane Irma: Caribbean Hit, Florida Under Threat 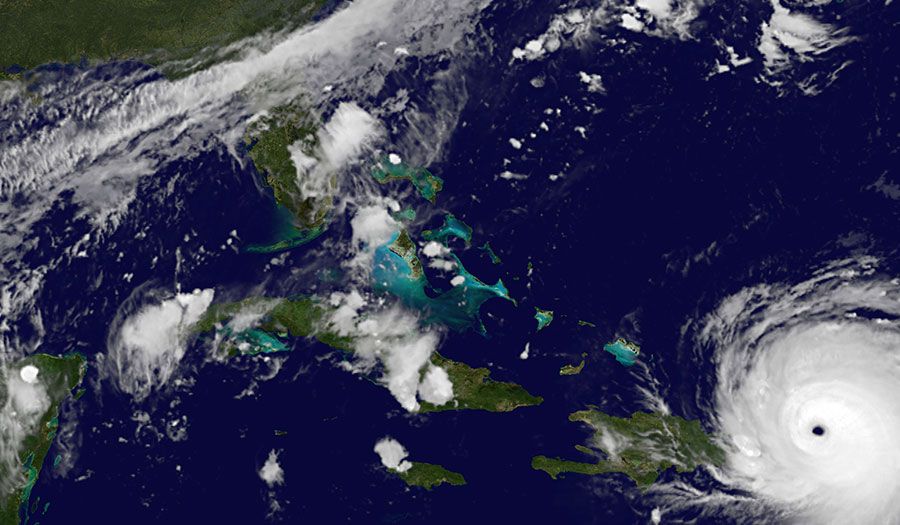 The hurricane eye wall skirted north of Puerto Rico, but powerful winds and heavy rain still caused significant damage. More than one million Puerto Rican residents do not have electricity services. According to NBC News, Governor Ricardo Rossello said “officials were beginning the arduous task of assessing damage to the island and bringing back electricity to its hardest hit areas.”

The news outlet continued: “Rossello also warned the potentially deadly weather wasn’t over, alerting residents to flash flooding and additional rain through Saturday after much of the island was drenched with 2 to 8 inches of rain. Bent trees, downed light posts and blocked roadways were common.”

Officials in St. Martin, a territory with a population of 78,000, said that about 95 percent of the island’s buildings were completely demolished, leaving thousands homeless. Eight residents of the island were killed by the storm.

Hurricane Irma passed almost directly over Barbuda, damaging “nearly every” building on the island and leaving about 60 percent of its residents homeless, Antigua and Barbuda Prime Minister Gaston Browne told The Associated Press.

The Category 5 storm—the most powerful hurricane on record in the Atlantic—is headed toward the Dominican Republic and Haiti, where it is expected to drop up to 12 inches of rain.

On Friday, September 8, the storm is projected to bring 20-foot storm surges along the southern coasts of the Bahamas and Turks & Caicos, while just skirting Cuba’s northern coast, according to the U.S. National Hurricane Center.

Meteorologists expect the storm to hit Florida early Sunday—beginning a trajectory along the entire Atlantic coast that could include a direct eye-wall hit on Miami.

The latest forecasts suggest Irma’s most destructive winds could carve up much of Florida’s priciest real estate, damaging properties from the Florida Keys through Jacksonville as it swirls north, The Associated Press reported.

“This could easily be the most costly storm in U.S. history, which is saying a lot considering what just happened two weeks ago,” said University of Miami hurricane researcher Brian McNoldy.

According to financial services company Credit Suisse, if the hurricane strikes Miami directly as a Category 4 it could cause up to $125 billion of damage (CNBC).

The Federal Emergency Management Agency estimates that Florida has 2.5 million homes in areas where flooding is likely to occur—more than three times that of any other state due to the fact it has more miles of coastline.