This website requires the use of Javascript to function correctly. Performance and usage will suffer if it remains disabled.
How to Enable Javascript
Puerto Ricans Protest Austerity Measures Amid Economic Woes 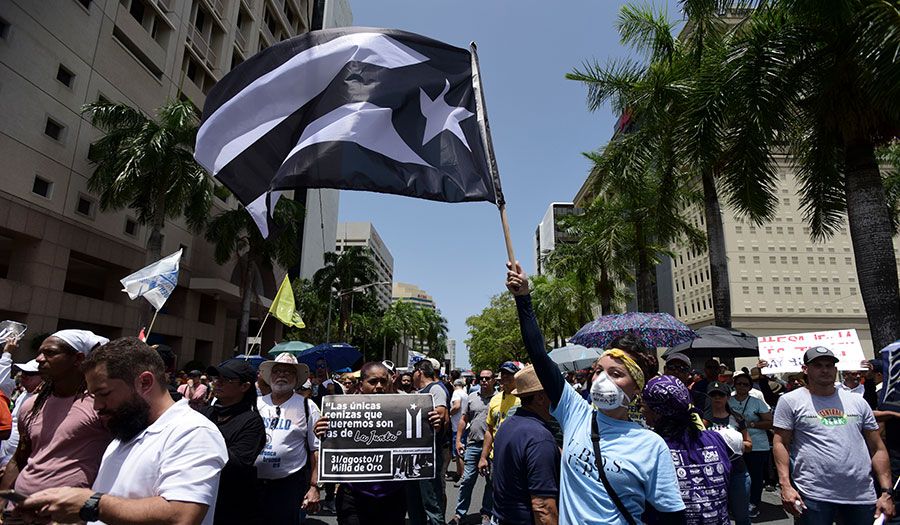 SAN JUAN, Puerto Rico – Hundreds of Puerto Ricans took to the streets of the island’s capital on August 30 to protest austerity measures as anger builds over an unrelenting economic crisis that has left the United States territory with $72 billion in debt and 45 percent of its population in poverty.

Protesters from at least six unions converged at the offices of a federal control board created by U.S. Congress last year to oversee Puerto Rico’s finances. Earlier in the week, the board sued Governor Ricardo Rossello for refusing to implement measures including a 10 percent cut to a public pension system that officials say is running out of money.

Puerto Ricans have joined the governor in rejecting the board’s demands.

“The measures that are being approved affect everyone in Puerto Rico,” said Luis Pedraza, leader of a union that represents some 20,000 workers in the public and private sectors.

Mr. Pedraza warned that if people do not protest, they will be hit with additional measures to generate more money to cover the government’s massive debt.

Joining the protest were dozens of workers from the island’s public power company who launched a 24-hour strike that forced the agency to temporarily close its offices. Among them was 39-year-old Christian Garcia, who said his family has cut back on TV, internet and grocery shopping costs amid the crisis.

Nearby, several retired police officers held up posters demanding the government pay their pensions in full. Currently, police officers and teachers in Puerto Rico do not receive Social Security and depend solely on the crumbling public pension system.

The island of 3.4 million people is struggling with a 10 percent unemployment rate and a decade-long recession that has sparked an exodus of nearly 450,000 people to the U.S. mainland. In May, Puerto Rico filed the largest bankruptcy claim in U.S. history, nearly four times more than Detroit’s $18 billion bankruptcy in 2013.