This website requires the use of Javascript to function correctly. Performance and usage will suffer if it remains disabled.
How to Enable Javascript
Hurricane Harvey to Be First Major Hurricane to Strike U.S. in Nearly 12 Years

Hurricane Harvey to Be First Major Hurricane to Strike U.S. in Nearly 12 Years 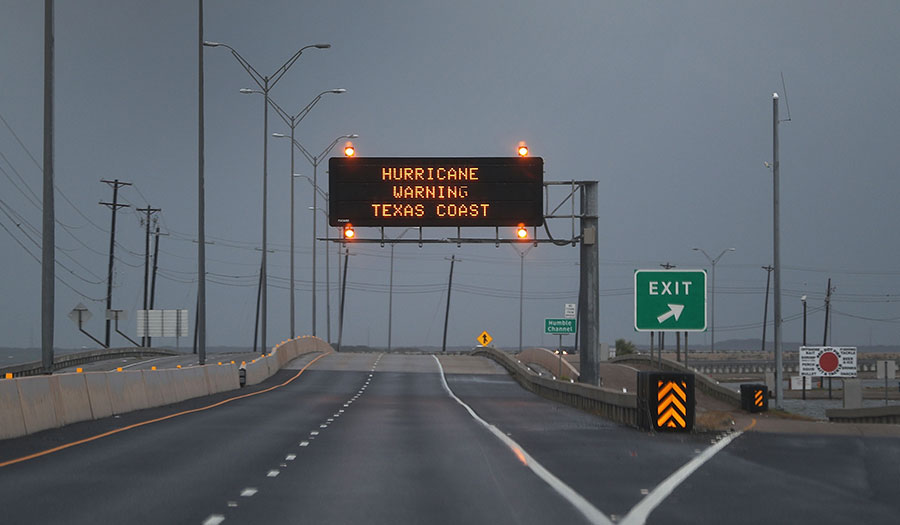 Hurricane Harvey is expected to dump 35 inches of rain and bring 12-foot storm surges when it makes landfall along the Texas Gulf Coast late Friday or early Saturday, the National Hurricane Center reported. Forecasters say the hurricane will strengthen to a Category 3 storm with winds exceeding 111 mph by the time it strikes the United States.

This will be the first major hurricane—a tropical cyclone that is Category 3 or stronger—to make landfall in the nation since Wilma hit Florida in October 2005.

The Federal Emergency Management Agency alerted Texas residents of “large scale” damage, as millions of citizens from Corpus Christi to Galveston Island are at risk. State officials have ordered mandatory evacuations in all seven counties along the coast.

Noting that not as many people are evacuating compared with previous storms, Mr. Long said, “The bottom line message is, right now, if people have not heeded the warning…their window to do so is closing.”