This website requires the use of Javascript to function correctly. Performance and usage will suffer if it remains disabled.
How to Enable Javascript
Key Moments of North Korean International Provocation 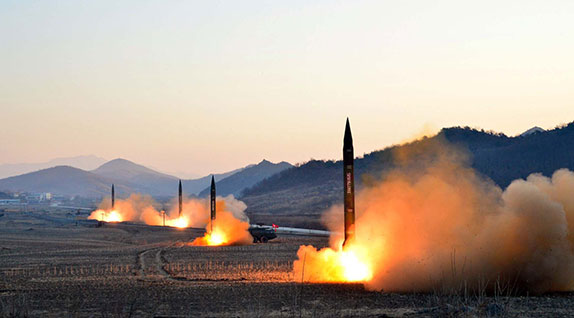 A series of missile launches by North Korea has renewed concerns among its Asian neighbors and United States officials that it could begin to use nuclear weapons.

United States Secretary of State Rex Tillerson declared the Oval Office’s foreign policy stance toward North Korea: “Let me be very clear: the policy of strategic patience has ended. We are exploring a new range of security and diplomatic measures. All options are on the table.”

He also said, “If you bring out a knife to attack us, we will take out a sword.”

The latest events follow a long pattern of provocations from North Korea. The following timeline shows key moments since the 1990s.