This website requires the use of Javascript to function correctly. Performance and usage will suffer if it remains disabled.
How to Enable Javascript
UN Warns of Genocide in South Sudan 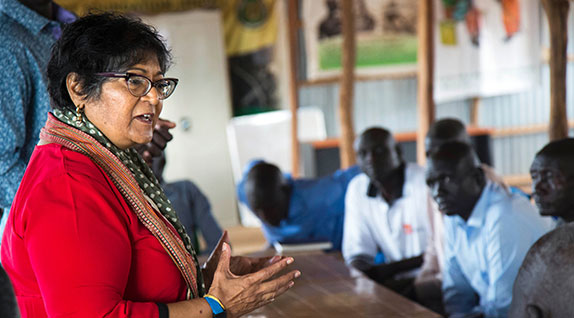 Investigators from the United Nations Commission on Human Rights have reported signs of ethnic cleansing ramping up in South Sudan.

The nation, which consists of 64 ethnic groups each with its own language and beliefs, has been in a state of civil war since it gained independence in 2013. Ongoing clashes between various factions over land and resources have led to tens of thousands of civilian deaths and atrocities.

In a statement released in December, the UN commission stated that although inter-ethnic fighting is expected to increase over the next few months when the weather is better in the area, “There is already a steady process of ethnic cleansing underway” as individual groups are using “starvation, gang rape and the burning of villages” against one another.

The government’s armed forces also have targeted civilians in retribution for attacks from rebel militia groups scattered across the nation. According to Foreign Policy magazine, “armed forces linked to the government…have reportedly carried out a brutal campaign of rapes, extrajudicial killings, abductions, torture, looting, and the burning of homes.”

Based on her observations in South Sudan, Chairperson of the UN Commission Yasmin Sooka believes that “the stage is being set for a repeat of what happened in Rwanda”—where a genocide in 1994 resulted in the deaths of 800,000 people.