This website requires the use of Javascript to function correctly. Performance and usage will suffer if it remains disabled.
How to Enable Javascript
Holiday Shoppers Expected to Spend Record Amount 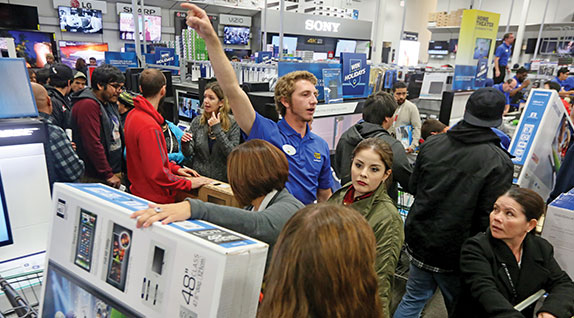 In the United States, the average holiday shopper is projected to spend an all-time high of $936, the National Retail Federation estimated. This figure stood over $100 more than the amount consumers were projected to pay in 2015.

Last year, the credit reporting agency Experian Consumer Services found that 41 percent of consumers “felt obligated to spend more than they could afford” during the holiday season.

“Our parents viewed debt as a shame and accumulating a nest egg as the right thing to do,” Robert Manning, a senior research fellow at the University of Houston, stated. “The young see that as ‘old school’ and have been convinced that going into debt is fine.”