This website requires the use of Javascript to function correctly. Performance and usage will suffer if it remains disabled.
How to Enable Javascript
U.S. Fears Strained Relationship with Philippines 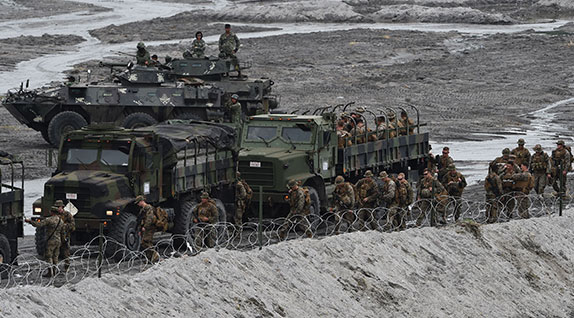 American diplomats and Pentagon officials raised concerns over Philippine President Rodrigo Duterte’s threats of cutting military and diplomatic ties. “I want, maybe in the next two years, my country free of the presence of foreign military troops,” Mr. Duterte stated, according to Reuters. This comes despite the Philippine military’s continued reliance on U.S. military forces.

President Duterte “has the executive power to abrogate the Enhanced Defense Cooperation Agreement, a 10-year deal signed in 2014, which allowed the United States to deploy conventional forces in the Philippines for the first time in decades, rotating through five bases,” The Washington Post reported. “The deal was heralded as a key element of Obama’s strategic rebalance to Asia.”

Daniel Russel, assistant secretary of state for East Asian and Pacific affairs, stated: “…the succession of controversial statements, comments and a real climate of uncertainty about the Philippines’ intentions has created consternation in a number of countries, not only in mine, and not only among governments.”