This website requires the use of Javascript to function correctly. Performance and usage will suffer if it remains disabled.
How to Enable Javascript
Myanmar’s New Democracy Struggles to Bring Positive Change 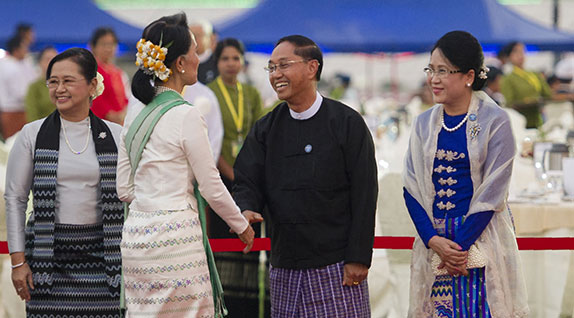 After 100 days in power, Myanmar’s National League for Democracy (NLD) party has struggled to bring progress, despite being the first freely elected government after the nation endured 50 years of military rule.

While the NLD’s primary objective is to provide peace to a nation that has suffered internal conflict since 1948—one of the world’s longest running civil wars—it must do so by resolving disputes between “more than 20 ethnic armed groups, who all have their own agendas, their own interests, and their own positions,” Myanmar expert Robert Taylor told Deutsche Welle. “And getting them to agree in a two- or three-day meeting to sign a document is very difficult to do.”

The news outlet stated: “The new civilian administration inherited a country confronting an array of economic challenges. Despite its mineral wealth, Myanmar remains an impoverished nation, with a large segment of the Southeast Asian nation’s over 53-million strong population mired in poverty.

“The government also faces tensions with the military which ruled the country for almost half a century, and continues to control the nation’s security policy by holding onto the key defense, home affairs and border affairs ministries.”

The NLD came into office in March 2016 promising to improve on these conditions and grant citizens greater political freedoms. Yet the nation continues to be plagued by communal violence and frequent power outages, Channel News Asia reported.