This website requires the use of Javascript to function correctly. Performance and usage will suffer if it remains disabled.
How to Enable Javascript
Spike in Antisemitism in Europe Linked to Mass Exodus

Spike in Antisemitism in Europe Linked to Mass Exodus 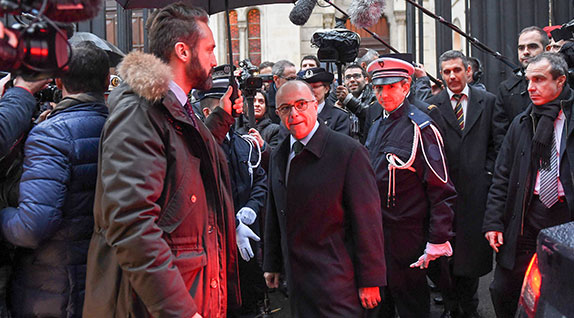 Anne-Christine Poujoulat/Getty Images
Racial violence: France’s minister of the interior, Bernard Cazeneuve, exits a synagogue in Marseille, France, during a visit to the Jewish community after an anti-Semitic attack occurred there (Jan. 14, 2016).

Increasing numbers of Jews are abandoning Europe to relocate to Israel following a surge in violent acts involving antisemitism, according to a study released by Tel Aviv University’s Kantor Center for the Study of Contemporary European Jewry.

CNSNews.com reported: “Overall, the Kantor Center registered 766 violent anti-Semitic acts ‘perpetrated with or without weapons and by arson, vandalism or direct threats against Jewish persons or institutions such as synagogues, community centers, schools, cemeteries and monuments as well as private property’ during 2014. This is an increase of 38% compared to 2013, in which 212 fewer violent incidents were registered (554 total violent incidents were registered in 2013).”

Nearly 10,000 European Jews moved to Israel in 2015, which is twice the number that moved in 2013. Most of these—8,000—left France, which has experienced several high-profile attacks on Jewish communities in recent years.