This website requires the use of Javascript to function correctly. Performance and usage will suffer if it remains disabled.
How to Enable Javascript
Organic Foods: More Antioxidants, Fewer Toxic Heavy Metals 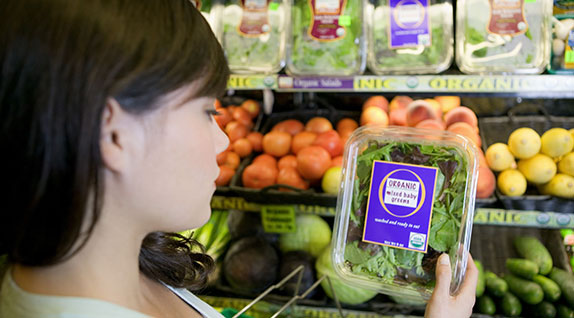 Organic food has 60 percent more key antioxidants than conventional food, according to a study released by Newcastle University in the United Kingdom.

“This study demonstrates that choosing food produced according to organic standards can lead to increased intake of nutritionally desirable antioxidants and reduced exposure to toxic heavy metals,” Newcastle University professor Carlo Leifert, who authored the study, said in a statement on the university’s website.

Researchers “detected significantly lower concentrations of the toxic metal [cadmium] and total [nitrogen] in organic crops…[cadmium] is a highly toxic metal and one of the only three toxic metal contaminants (the other two being [lead] and [mercury]) for which the European Commission has set maximum residue levels…in foods,” a report published by the British Journal of Nutrition stated.

According to researchers, the study was the “most extensive analysis of the nutrient content in organic vs conventionally-produced foods ever undertaken” and conclusively proves the value of organic produce.

“The organic vs non-organic debate has rumbled on for decades now but the evidence from this study is overwhelming—that organic food is high in antioxidants and lower in toxic metals and pesticides,” Mr. Leifert stated.