This website requires the use of Javascript to function correctly. Performance and usage will suffer if it remains disabled.
How to Enable Javascript
Study: Crime Hits Quarter of U.S. Households 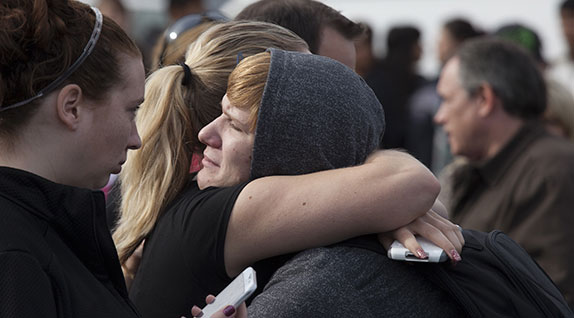 One in four households in the United States were affected by crime in the last 12 months, according to a Gallup poll.

“Twenty-six percent of Americans say they or another member of their household were the victim of some type of property or physical crime in the last 12 months, ranging from theft to sexual assault,” Gallup reported.

Most of the crimes were the result of property theft or vandalism. Other types included robbery, car theft, physical assault, sexual assault, and burglary, which have all maintained consistent numbers since Gallup initially began its annual crime poll in 2000.

For the first time, this year’s poll also inquired about cyber-crimes: “Twenty-seven percent of households and 19% of U.S. adults say they have been affected by stolen credit card information, such as those that affected Target and Home Depot customers in the past 12 months—far more than said they had been victimized by any of the [individual] traditional crimes.”

In addition, many crimes go unreported. The Gallup poll showed that “only 45% who had credit card information stolen and 26% who had a computer or smartphone hacked said they reported those crimes to the police.” Many likely only told their bank about the incident.

Physical or property crimes are also underreported, with about one-third of these crimes not relayed to police, according to the organization.