This website requires the use of Javascript to function correctly. Performance and usage will suffer if it remains disabled.
How to Enable Javascript
Bankruptcy Risk Spreads Among Countries Worldwide 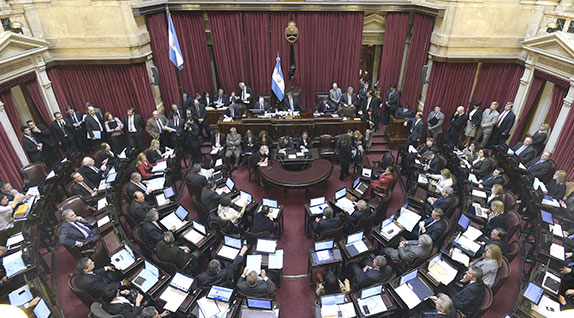 Daniel Garcia/AFP/Getty Images
Second default: Lawmakers in Buenos Aires consider a measure that would transfer Argentina’s payments on its restructured debt to France, as the South American country grapples with continuing fallout from its 2001 default (Sept. 3, 2014).

Of nations teetering on the edge of bankruptcy, three have debt levels soaring among the world’s highest.

“When a government has a great deal of debt relative to the size of its economy, its credit rating may also be lower. Three of the nations potentially at risk of default had among the world’s highest debt levels, at 120% of GDP or more based on 2014 estimates. According to the International Monetary Fund (IMF), Greece’s debt is projected to hit nearly 175% of GDP by the end of this year, more than that of any other nation in the world except for Japan,” USA Today reported.

The newspaper listed some of the reasons for the widespread financial difficulties: “These nations also suffer from vastly different problems. Some nations, such as Ukraine and Egypt, owe their recent downgrades to political conditions” (ibid.).