This website requires the use of Javascript to function correctly. Performance and usage will suffer if it remains disabled.
How to Enable Javascript
U.S. and China at Risk of Trade War

U.S. and China at Risk of Trade War 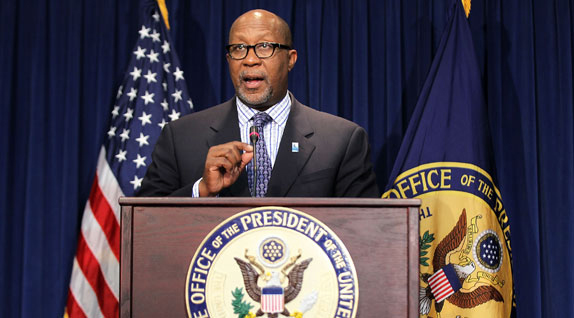 A United States bill, known as the Oversight Reform Act of 2011, has prompted a bitter response from Chinese officials. If passed, critics warn that it could trigger a trade war between the two nations.

“This particular bill calls for U.S. tariffs on imports from countries with undervalued currencies, a deliberate nod towards China. Those in favor of the bill argue it will help level the playing field and bring jobs back to America,” investment company Kapitall reported.

U.S. President Barack Obama showed his support for the act in a White House press conference: “China has been very aggressive in gaming the trading system to its advantage and to the disadvantage of other countries, particularly the United States…And currency manipulation is one example of it, or at least intervening in the currency markets in ways that have led their currency to be valued lower than the market would normally dictate.”

Mr. Obama continued by explaining that currency manipulation from China makes “their exports cheaper,” and “our exports to them more expensive.”

While the bill is gaining support in the Senate, it must also make its way through the House of Representatives, where it faces tough opposition from the Republican majority.

“The Emergency Committee for American Trade called the bill ‘a highly damaging unilateral approach that will undermine broader efforts to address China's currency undervaluation,’” MSNBC reported. “It also said the bill was unlikely to pass muster at the World Trade Organization and would open the door to Chinese retaliation ‘to the detriment of U.S. exports and jobs.’”