This website requires the use of Javascript to function correctly. Performance and usage will suffer if it remains disabled.
How to Enable Javascript
Drug-related Rape Cases Rising 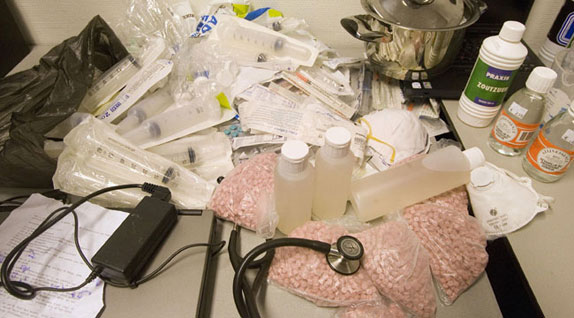 The use of drugs to commit sexual crimes is increasing, according to a report by the International Narcotics Control Board (INCB), a United Nations subsidiary that monitors illegal drug use worldwide. “Date-rape drugs” as they are termed, include Rohypnol, Ketamine (gamma-Hydroxybutyric acid or GHB), gamma-Butyrolactone (GBL, a type of solvent), morphine, codeine and methadone.

The report said that while stricter measures and awareness campaigns have aided in reducing the misuse of the drug Rohypnol to commit sexual assaults, criminals have now found other substances to use in place of it, which has led to the increase. These include “gamma-Hydroxybutyric acid (GHB), a psychotropic substance that was not under international control until recently, as well as substances that remain outside drug conventions such as ketamine and gamma-Butyrolactone (GBL),” which can be easily procured from online pharmacies or from unlicensed chemical factories.

“What is alarming is the unscrupulous way in which those drugs are used upon unwitting victims—the drugs, which are usually disguised in food or drinks, are introduced in dosages that are significantly higher than the dosages used for therapeutic purposes—a practice which entails serious health risks for the victims,” the INCB statement revealed.

Hamid Ghodse, president of INCB, told BBC News that predators employ these drugs to lower victims’ inhibitions and in some cases, cause them to forget the incident ever occurred.

“These drugs are used so as to tremendously reduce people’s resistance to unwanted sexual activity and then subsequently they might not even remember what happened,” he said.

In its report, the INCB urged governments to work closely with pharmaceutical companies and the police to halt the illegal use of these substances, which are still legal in certain countries. The United Kingdom government classifies GHB and GBL as Class C drugs—meaning that possession can only result in two years imprisonment and paying a fine—but in Argentina, punishment for the possession of cannabis is not constitutional. On the other hand, in Mexico, the possession of five grams of cannabis, 500 milligrams of heroin and two grams of opium are absolved from criminal prosecution and drug use in Brazil is not even punishable by law.

The INCB report also highlighted the issue of prescription medication abuse, especially in the U.S.

“In the United States, the abuse of prescription drugs is now the second most important drug abuse issue after cannabis, with 6.2 million people abusing prescription drugs in 2008, more than the total number of people who abused cocaine, heroin, hallucinogens, MDMA (‘ecstasy’) and inhalants.”