This website requires the use of Javascript to function correctly. Performance and usage will suffer if it remains disabled.
How to Enable Javascript
China’s Space Walk Success 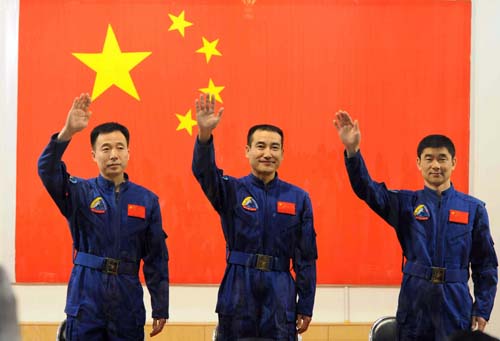 The landing and subsequent welcome ceremony were broadcast live on China Central Television.

“It was a glorious mission, full of challenges with a successful end,” the astronaut who performed the spacewalk, Zhai Zhigang, said after landing. “We feel proud of the motherland” (Associated Press).

China aims to have a space station by 2020 and may be soon able to land men on the moon.

Speaking of China’s space program, NASA administrator Michael Griffin said, “Certainly it is possible that if China wants to put people on the Moon, and if it wishes to do so before the United States, it certainly can. As a matter of technical capability, it absolutely can” (BBC).