This website requires the use of Javascript to function correctly. Performance and usage will suffer if it remains disabled.
How to Enable Javascript
WaMu: Largest Bank Collapse in U.S. History 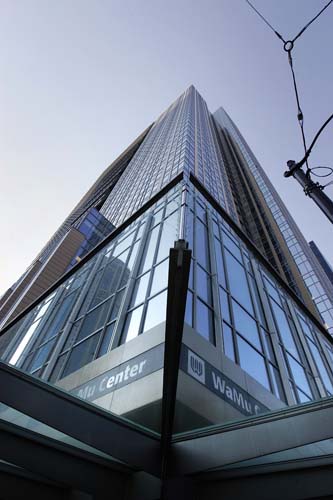 In a recent deal, JP Morgan and Chase purchased fellow banking giant Washington Mutual (WaMu). WaMu’s collapse is the largest bank failure in U.S. history. Federal regulators seized the Seattle-based bank after the struggling savings and loan had its bond rating reduced to junk status by Standard and Poor’s. WaMu, highly vested in the housing market, was severely hurt in the recent drop in housing market values and saw near-fatal drops in the value of its stock.

JP Morgan and Chase will acquire over $500 million worth of assets and deposits from the purchase and stands to increase its number of branches to nearly 5,400 across the country. This will be Chase’s second large-scale acquisition this year after earlier purchasing the struggling investment bank Bear-Stearns.