This website requires the use of Javascript to function correctly. Performance and usage will suffer if it remains disabled.
How to Enable Javascript
New Staph Bacteria 13x More Likely in Homosexual Men 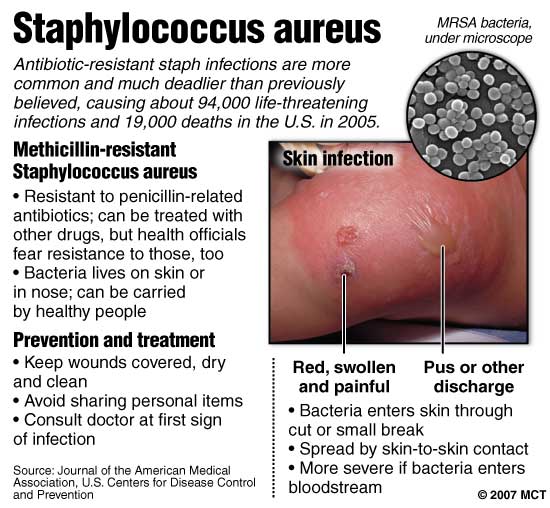 Sexually active homosexual men are 13 times more likely to contract a new strain of antibiotic-resistant staph infection known as MRSA (methicillin-resistant Staphylococcus aureus), according to a study to be published in the February issue of the Annals of Internal Medicine.

This new strain of the Staph bacteria—specifically known as multi-drug resistant MRSA USA300, which was once confined to hospitals—continues to develop resistance to frontline antibiotics and has moved to communities where the disease can be spread by casual contact. (Recent studies have documented outbreaks in both athletes and military personnel.)

Early symptoms of MRSA are mild skin infections and abscesses. If not diagnosed early, the disease can eat away at the infected region, poison the blood, and cause inflammation of the heart valves and pneumonia.

The researchers randomly chose patients from numerous hospitals and clinics in Boston and San Francisco to measure for incidence of MRSA USA300. At one San Francisco HIV clinic, among the 3,000 men treated annually, MRSA USA300 infections were found exclusively in homosexual men. And while immune-compromised persons are more susceptible to these infections, the study found that homosexuals are acquiring the bug regardless of whether they are HIV-positive.

The study also revealed that one in 588 citizens in San Francisco’s Castro District—a neighborhood with the highest concentration of homosexuals in the United States—are infected with the new MRSA bacteria.

Though not the focus of the study, the scientists suspect that use of methamphetamines and illicit drugs, multiple partners, history of sexually transmitted infections and other high-risk sexual behaviors play a significant role in the spread of infections.

“But because the bacteria can be spread by more casual contact, we are also very concerned about a potential spread of this strain into the general population.”