This website requires the use of Javascript to function correctly. Performance and usage will suffer if it remains disabled.
How to Enable Javascript
Worldwide Temps Near Record Highs 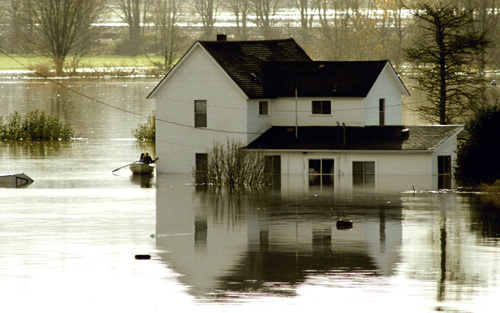 In 2006, the world saw strange and violent weather, along with unseasonable warmth. According to climate experts in Britain, this past year was the sixth-warmest worldwide since recordkeeping began.

“In Russia, record December temperatures have kept bears from hibernating and flowers…have been seen in and around the capital” (Reuters).

In the Netherlands, the meteorological institute KNMI reported that 2006 was most likely the warmest year in 300 years.

England, along with Spain, reported 2006 as the hottest year on record. (England’s national weather service, the Met Office, begun in 1659, is the world’s longest climate record.)

Regarding Britain’s record heat, Phil Jones, director of the climatic research unit at the University of East Anglia, stated, “What’s phenomenal about this year is that some of these months have broken records by incredible amounts. This year it was 0.8°C [1.44°F] warmer in autumn and 0.5°C [0.9°F] warmer between April and October than the previous warmest years. Normally these records are broken by around one tenth of a degree or so” (Guardian).

According to the National Climatic Data Center, the United States saw its third hottest year ever. All-time temperature highs were also recorded across parts of central and western U.S.

Along with this, drought conditions persisted in many parts of the country, with five of the first seven months of 2006 drier than average. By late July, at least half of the country was in moderate to exceptional drought.

This partly led to a record number of wildfires. In late October, a deadly wildfire near Palm Springs, California, burned more than 40,200 acres, killed five firefighters and injured 13. According to the National Interagency Fire Center, more than 9.5 million acres were burned in 2006.

Yet violent rain and windstorms continued. In western Washington, record rainfall in November led to extensive flooding. Another instance in mid-December saw heavy rains and windstorms sweep across Washington and Oregon, killing four people, cutting power to 1.5 million businesses and homes, and closing highways and bridges.

From deadly typhoons in the Philippines to drought in Australia, many examples of the past year’s extreme weather could be used. This has left scientists scrambling to find the cause of these conditions. Some climate experts claim that the increase in global temperature is a natural phenomenon. Others insist that global warming can only be explained by the increase in greenhouse gases from human activity. Rob van Dorland, of the KNMI atmospheric research department, stated, “If you look at trends, then you can say that this (the 2006 record) is a signal of global warming.”

But is mankind causing this?

Our article “Global Warming – Reason for Alarm?” (published in the July-August 2006 issue) states, “It is not easy to decipher to what extent this human-induced accumulation of greenhouse gases is responsible for the global warming trend. Other factors—natural climatic variations, changes in the sun’s energy, and the cooling effects of pollutant aerosols—affect our planet’s temperature, and understanding in these areas is incomplete…”

The article continues, “While scientists estimate that average global temperatures will continue to increase as levels of greenhouse gases rise, how much and how quickly remains uncertain…As with perhaps all fields of scientific study, uncertainties associated with the science of global warming exist. Some aspects of this science are based on well-known laws and documented trends, while others range from ‘near certainty’ to ‘big unknowns.’”

“Global warming does in fact pose a real danger to mankind. Will human beings be able to find a solution? Or will it lead to cataclysmic events?

“The Bible reveals that in the near future, there is coming a time of great distress upon the earth: ‘And there shall be signs in the sun, and in the moon, and in the stars; and upon the earth distress of nations, with perplexity; the sea and the waves roaring; men’s hearts failing them for fear, and for looking after those things which are coming on the earth: for the powers of heaven shall be shaken’ (Luke 21:25-26).” (Also see Matthew 24:21-22.)

“This time of epic destruction—worse than any other in the history of mankind—is certain to come. Undoubtedly, the effects of global warming will play a role in these events; to what degree remains to be seen.

“But beyond the bad news lies the good news—global warming will not result in the extinction of mankind. Human beings will continue to exist, although the earth as we know it will be entirely different! Find out how in our book Tomorrow’s Wonderful World – An Inside View!

Global Warming – Reason for Alarm?
According to some, humanity is sitting on a volatile time bomb—one that could send the entire planet into a tailspin of epic destruction, with detonation not far in the future. But is this a realistic scenario?