This website requires the use of Javascript to function correctly. Performance and usage will suffer if it remains disabled.
How to Enable Javascript
A Counterfeit Jesus? – Part 1

Millions profess to follow Jesus, but are they all worshipping the Jesus described in the Bible? 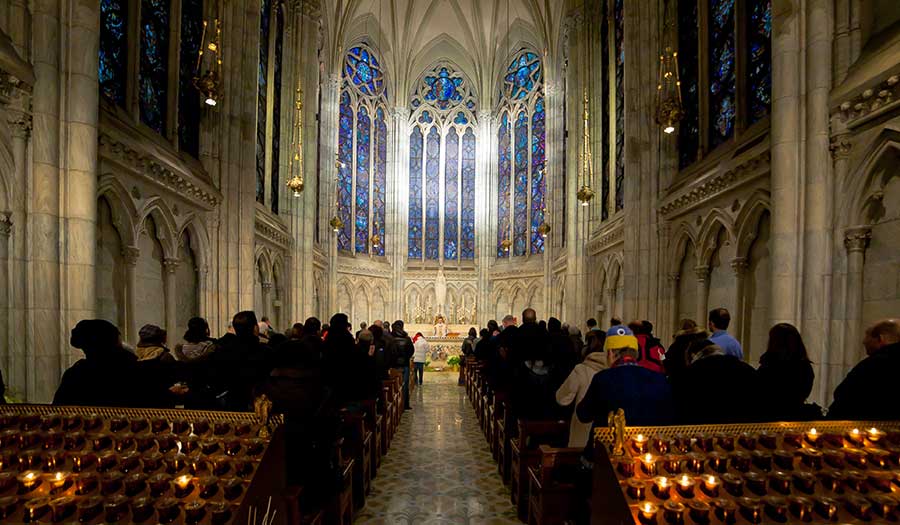 What first comes to your mind when you hear the word counterfeit? Perhaps you think of counterfeit money. Counterfeiting currency is probably as old as money itself. Professional counterfeiters can turn out a product that is virtually impossible to distinguish from the genuine by the untrained eye. Even before the introduction of paper money, counterfeiters mixed base metals into what was supposed to be pure gold or silver, or “shaved” the edges of a coin so that it weighed less than intended.

Label counterfeiting is also an ongoing problem in today’s global economy. This involves cheap knockoffs that imitate quality products. They carry the same logo, but are made with low-grade materials and carry a much lower price tag. Preoccupied with the thrill of a perceived bargain, the buyer is caught unaware. When the item’s performance proves to be inferior, disappointment sets in.

But such deception can reach beyond consumer products. Consider that we can also be taken in on religious matters. A surprising number of Christians around the world—while sincere—have been misled by religious leaders. Are you sure what you are being “sold” is genuine? For instance, are you aware that the Bible mentions two persons called “Jesus”?

The apostle Paul forewarned of a clever counterfeit facing the early Church: “For if he that comes preaches another Jesus, whom we have not preached, or if you receive another spirit, which you have not received, or another gospel, which you have not accepted, you might well bear with him” (II Cor. 11:4).

Paul was afraid that if false teachers came to the Corinthian congregation and preached “another Jesus” or “another gospel,” they would tolerate this instead of rejecting them. How many spend time determining if they are following the right Jesus? Could you believe a different gospel, brought by a different spirit? Is the Jesus you know the real Jesus?

What is Paul talking about when he speaks of “another Jesus”? The Greek word translated “another” in this verse is allos, meaning “different.” We are considering a different Jesus—not the One of the Bible, not the only begotten Son of God, but an impostor.

For example, many Christians have grown up exposed to illustrations of what they believe to be the Son of God. Most artists’ renderings of Jesus picture him in a helpless state, at the beginning or end of his life—either as a newborn or hanging on a cross.

During the Christmas season, Christianity venerates “little Lord Jesus,” portraying him as an infant in a manger, “tender and mild.”

Often found behind the pulpit in churches, many paintings or statues of Jesus display a gaunt, forlorn, longhaired man who often has his hands clasped in a prayerful position, gazing upward. Even Jesus’ death has been trivialized, depicting him with a slight trickle of blood oozing from the crown of thorns piercing his head, and another from wounds in each of his hands. Some artists even insert a “sacred heart” with a crack running through the center, depicting Jesus as having died of a “broken heart.”

Every spring, millions gather early Easter morning to commemorate the resurrection of Christ. These annual sunrise services supposedly remind them that Jesus rose from the dead. Yet this tradition springs from ancient sun worship rituals that predate Christ’s earthly ministry.

Later in the year, adherents look forward to trading gifts on his “birthday” (supposedly December 25th), and become enveloped in the “spirit of Christmas.”

Have you not wondered why there are so many non-biblical customs surrounding holidays that are purported to honor the Jesus Christ of the Bible?

Worship Based on Emotion

In much of Christianity today there has been a shift toward a new center, which may loosely be described as a shift from mind to emotion. The modern demand is for a religious “worship” experience that stresses feelings above reason, logic and doctrine.

Many have abandoned biblically-defined worship and adopted religious entertainment, calling it worship. They have a pretense of Christianity, but it is only a façade, as Paul wrote: “Having a form of godliness, but denying the power thereof: from such turn away” (II Tim. 3:5).

For many, the final authority in matters of faith and morals is no longer the Word of God, but the inner workings of the human mind. Some denominations view the Bible as merely a historical document requiring human interpretation to correct its “errors.”

People can unknowingly worship in ways that are far different from what they sincerely believe or intend. Grasp what is at stake with another Jesus. With a different savior ultimately comes a different “mediator,” “high priest,” “shepherd,” “bishop of our souls,” “apostle,” “king of kings,” “lord of lords,” and all of Christ’s other titles and roles.

When one does not understand the “simplicity in Christ” (II Cor. 11:3) and allow the Bible to interpret itself, the inevitable result is to soon be unwittingly following a very different savior (vs. 4).

The Jesus commonly spoken of in the large denominations of accepted Christianity promotes the idea that keeping God’s divine laws is no longer needed because they have been “nailed to the cross.” All a Christian must do is “accept and believe in him” to be assured a place in heaven. Beguiled by this notion, the majority reject the seventh-day Sabbath, the annual Holy Days and other truths of the Bible, leaving an open door for a host of non-biblical practices. The first-century apostles resisted this slippery path into lawlessness, but many believers allowed themselves to be led astray.

Paul foretold a time when fables and the traditions of men would be substituted for the truth: “For the time will come when they will not endure sound doctrine; but after their own lusts shall they heap to themselves teachers, having itching ears; and they shall turn away their ears from the truth, and shall be turned unto fables” (II Tim. 4:3-4).

This deception began in the first century but has grown much worse in recent times. Most receive teachers who tell them what they want to hear rather than what they need to hear. Wrong conduct is justified—explained away—giving no regard to the warning, “Woe unto them that call evil good, and good evil; that put darkness for light, and light for darkness; that put bitter for sweet, and sweet for bitter!” (Isa. 5:20).

Paul wrote of “another gospel” and “another spirit,” appearing in conjunction with this other “Jesus.” When one examines the facts of history, it becomes evident that traditional Christianity brought in a different Jesus, and with him came a different gospel.

The one impersonating the true Son of God brought a social gospel of “love” and “tolerance”—one that does not require any personal responsibility, such as repentance. Its message is just “come as you are” and “believe on him” to receive salvation.

Today we hear a great deal about the person of Jesus Christ—confining the message solely to the things about the Son of God, but not about the message He brought. As a result, millions believe on Jesus, but do not believe Him—what He taught!

Notice Mark 1:14: “Now after that John was put in prison, Jesus came into Galilee, preaching the gospel of the kingdom of God.” The real Christ brought a message from His Father: news of the soon-coming kingdom of God—a supergovernment that will teach humanity to obey His Law, which leads to achieving the abundant life all have longed for, but were never able to realize.

There are many different “gospels” being offered, such as the gospel of salvation, the gospel of grace, the social gospel, and many other hybrids.

How important is it to believe the real gospel the true Jesus brought? In Mark 16:16, the resurrected Christ said, “He that believes and is baptized shall be saved; but he that believes not shall be damned.”

This is not a trivial matter. Eternity is at stake! It is so important that God inspired Paul to write, “But though we, or an angel from heaven, preach any other gospel unto you than that which we have preached unto you, [the same gospel Jesus preached] let him be accursed” (Gal. 1:8).

Again, it is so important that Paul reiterates it in verse 9: “As we said before, so say I now again, If any man preach any other gospel unto you than that you have received, let him be accursed.”

Is your minister cautioning you on the dangers of these counterfeits? If not, why? (See our article “Seven Questions Your Minister Does Not Want You to Ask,” published in this issue).

Observed objectively, when you compare the worship described in the Bible to modern Christianity, they appear as two totally different religions. The terminology is similar, like counterfeit labels on bootleg items. The names of the lead characters are the same, but the substance is different. Do “Christianized” traditions of men honor God—or someone else?

The different spirit bringing these erroneous gospels emanates from the master counterfeiter whom the Bible calls the “god of this world” (II Cor. 4:4). Seeking to counterfeit every aspect of God’s Plan, this powerful being “deceives the whole world” (Rev. 12:9). His spirit influences and directs human agents whom he uses to fulfill his will: “For such are false apostles, deceitful workers, transforming themselves into the apostles of Christ. And no marvel; for Satan himself is transformed into an angel of light” (II Cor. 11:13-14).

Now that you have read about the counterfeit “Jesus,” we must ask, “Who and what is the real Jesus Christ of the Bible?”

Who Is Jesus Christ? – Part 2
His ministry aroused incredible interest in His time and throughout the centuries—and that fascination continues today. Yet disagreement abounds: What did Jesus look like? What was His life’s purpose? Why did He need to die? Has He always existed? Was He the prophesied Messiah—the Christ? Did He abolish the Ten Commandments? Was the gospel He preached about Himself—or something else? This series will examine these questions and more, and will shed the correct light upon the most influential figure in the history of mankind. Prepare to be surprised—if not shocked!