This website requires the use of Javascript to function correctly. Performance and usage will suffer if it remains disabled.
How to Enable Javascript
North Korea’s Global Ripple Effect

As North Korea continues to build its nuclear program, how will its defiance of the international community impact world events? 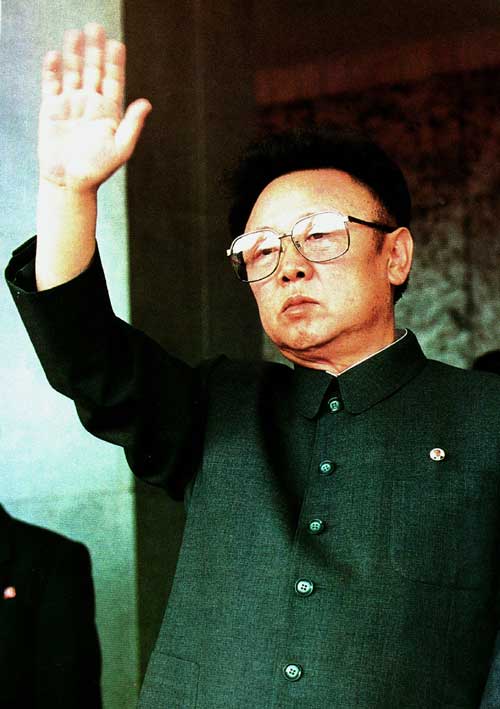 In a move possibly timed to coincide with America’s Day of Independence, North Korea ratcheted up already simmering tensions with the United States by test-firing six ballistic missiles. The next day, it launched a seventh—a long-range missile said to be capable of striking U.S. soil. The launches came despite repeated warnings from Japan, the U.S., and China, North Korea’s close ally.

This defiant act clearly signaled North Korea’s determination to join the “nuclear club,” countries that possess nuclear weapons. In fact, it claims to already possess such weapons, and many military and intelligence officials believe this to be true.

Even more frightening for the international community is that North Korea appears to be willing to sell such destructive weapons to rogue nations and terrorist organizations. It has said it will continue to test its missiles, and has promised reprisals if sanctions are imposed. It has also threatened nuclear retaliation if attacked.

With a history of unpredictable and confrontational behavior, how will the global ripple effects of an aggressive nuclear North Korea shape the future balance of world power?

From its capital at Pyongyang, the North Korean government commands the fifth-largest standing army on earth—more than one million soldiers—as well as a vast special operations force, arguably the world’s second-largest. Its massive, battle-tested armed forces are well equipped with chemical, biological, conventional and possibly nuclear weapons. Simply put, it is a force to be reckoned with.

Many arms control experts believe that North Korea has been pursuing nuclear capability for decades. In 1994, after years of diplomatic wrangling, it agreed to suspend all nuclear-related activities in exchange for fuel, food and financial aid, primarily from the U.S. and China.

However, this agreement was short-lived. In 2002, Pyongyang restarted its nuclear reactor at Yongbyon and expelled UN International Atomic Energy Agency monitors. The following year, it withdrew from the international non-proliferation treaty.

Despite protests from the international community, North Korea has defiantly stated it has the right to a nuclear “self-defense” deterrent and that it will continue developing its nuclear program. This belligerent approach has strained its relationship with the United States, South Korea, Japan and even China, all of which are concerned about Pyongyang’s military intentions. As a result, North Korea is widely seen as the greatest threat to peace in the Far East.

North Korea has one of the world’s most centrally-planned and isolated economies. The communist-led government sets all prices, wages and production levels, and all products are manufactured by state-run enterprises. After years of underinvestment and mismanagement, the country’s industrial infrastructure is believed to be beyond repair, resulting in, for example, a chronic shortage of spare parts for industrial machines.

In the 1990s, the country’s economy declined dramatically under a combination of economic mismanagement, natural disasters, fertilizer shortages and the collapse of its main benefactor, the Soviet Union. For an economy that was never robust to begin with, the results were catastrophic. Poor agricultural yields led to severe food shortages and widespread starvation. It is estimated that during its time of economic decline, between 600,000 and 3.5 million North Koreans—3% to 15% of the population—starved to death. Since then, the country has relied heavily on aid from China, South Korea, the U.S. and international agencies to feed its population, with China and South Korea being the leading providers.

The country continues to experience food shortages mainly due to a lack of arable land, inefficient farming practices and shortages of tractors and fuel. In 2005, it experienced its 11th consecutive year of food shortages. With famine continuing to be a very real threat, it is widely believed that a desperate North Korea is using its nuclear aggression as leverage to negotiate a non-aggression pact with America and an ongoing supply of food aid from the international community to feed its malnourished population.

This shortage of food for its citizens is partly due to the maintenance and expansion of its military. It is estimated that the country spends 25% of its gross national product (GNP) on the military, the highest rate in the world. (By comparison, its rival South Korea spends only 2.5% of GNP on its military.) This has enabled North Korea to have a standing army of one million soldiers and a formidable arsenal of biological, chemical and conventional weapons.

In addition, Pyongyang is a major exporter of arms to many nations, including volatile nations such as Iran and Pakistan.

The international community is concerned about North Korea for a number of reasons:

• The erratic, unpredictable and aggressive nature of its government

North Korea at a Glance

• Its determination to develop nuclear weapons

• The threat of it attacking and occupying South Korea

In 2003, the world’s leading nations initiated “Six-Party Talks” in an attempt to persuade the North Korean government to give up its nuclear ambitions, with the proposed incentive of receiving increased economic aid, as well as a security agreement from Washington not to attack North Korea.

However, after several rounds of talks, little progress has been made.

As it continues to press ahead with its nuclear program, Pyongyang’s aggressive stance is causing rippling effects across the world scene.

• United States: The U.S. has tens of thousands of troops on the border between North and South Korea, on guard against any potential attack on the South.

However, the American military is also occupied in a number of “hotspot” regions, including Iraq and Afghanistan. If the decision was made to remove U.S. troops from South Korea (which is possible), would the South be able to withstand an attack from the North? And, with its military resources spread so thin around the world, how would the U.S. react?

Also, any attempted invasion of North Korea would be a highly risky move, most likely resulting in disaster. With its massive army, huge stockpile of weapons, and long-range “Taepodong-2” missiles capable of hitting U.S. soil, North Korea represents a “nightmare” scenario for the Pentagon, far worse than Vietnam. A powerful well-armed North Korea with potential Chinese support is a different proposition than Iraq. Would the U.S. public be able to stomach a long-term war with potentially hundreds of thousands of casualties?

• China: Since its founding, North Korea has had close ties with the Chinese government, its chief supplier of food and fuel. China has an interest in building a stable North Korea, chiefly because of the threat of millions of refugees streaming over its border in search of food. 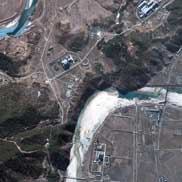 However, relations between the two countries appear to have cooled in recent years, due to North Korea’s erratic behavior. As North Korea continues to advance its nuclear program, will Beijing be able to persuade it to cooperate with the world community?

• Japan: The Japanese and North Korean governments have not had diplomatic relations for some time due to long-term hostility. The two countries are historic enemies, with bitterness rising to new heights after Japan’s occupation of Korea and the atrocities it committed in World War II. Contentious relations continued in the second half of the century, most notably in the 1970s and 80s when a number of Japanese nationals were abducted by North Korean spies, sparking national outrage.

In 1998, North Korea once again ignited controversy when it test-fired a missile over Japan, causing great alarm. Tensions between the two rose dramatically after the July 2006 test-firings, with many in Japan calling for the expansion of its military. In fact, Japan is so concerned about the recent missile test-fires that—for the first time since World War II—some leaders considered a preemptive strike on North Korea’s missile bases!

Will North Korea’s actions give rise to Japanese nationalism and (as many worry) the emergence of Japan as a military and strategic counterweight?

• The Middle East: Pyongyang is said to have provided weapons to a number of Middle Eastern nations, including Iran. It is also believed to be a sponsor of terrorism. How will this change the balance of power in the Mid-East?

As the state of Israel is supported by the U.S., the Arab nations have long sought sponsorship for their cause. So too have the terrorist organizations. A well-armed North Korea provides a potentially attractive option, particularly for weapons procurement and military training. The attraction of such a relationship for North Korea would be the ability to procure large quantities of cheap oil, so desperately needed. It is believed that the Arab nations are possibly arming themselves for future war with Israel. It remains to be seen what part North Korea would play if war were to occur.

North Korea’s impact on the world scene outweighs its size. Bordered by Russia, China and South Korea, it has a population of 23 million, in a landmass slightly smaller than the state of Mississippi. This communist country is perhaps the most isolated, highly controlled nation in the world. Citizens are closely monitored (for instance, cellphones were once banned), and the government restricts travel into and out of the country.

Even though the Korean people have a long history, North Korea is a relatively new nation, formed at the end of World War II. When the Soviet Union and the United States defeated the Japanese occupiers, Korea was divided into two nations, one north of the 38th parallel, and the other south. Since then, Russia and China have supported the communist North, while the U.S. has backed the democratic South.

Internally, North Korea has had political stability, having only two leaders in its history, Kim Il Sung (known as “Great Leader”) and his son, Kim Jong-il (known as “Dear Leader”). At its founding under Kim Il Sung, the government practiced a policy of economic and diplomatic self-reliance (“juiche”) in order to counteract the excessive influence of other nations, including even its closest allies, the Soviets and Chinese. This policy, while continuing to be officially maintained, has been a failure, as North Korea is heavily dependent upon other nations for food.

What role will North Korea ultimately play in world affairs? Intelligence analysts, military specialists and government leaders continually monitor and analyze these and other geopolitical situations and potential scenarios. However, no human being can precisely predict the decisions a rogue nation will make, or how the outcome of such decisions will affect mankind’s future.

But there is one source that has analyzed and laid out—in advance!—the future geopolitical scene. Few understand that this “analysis” is revealed in the Bible. One third of Scripture is prophecy, of which much is foretold to be fulfilled in “the latter days” (Jer. 23:20)—our time now!

It is likely that North Korea’s million-man army will join a prophesied Eurasian power-bloc (the “Kings of the East” – Rev. 16:12), along with Russia, which will eventually fight a European superpower for world domination at the end of the age. The very survival of humanity will be threatened (Matt. 24:22).

Just when all life will be on the verge of extinction, Jesus Christ will return and stop humanity from destroying itself, putting an end to all wars: “And He shall judge among the nations, and shall rebuke many people: and they shall beat their swords into plowshares, and their spears into pruninghooks: nation shall not lift up sword against nation, neither shall they learn war any more” (Isa. 2:4).

At that time, North Korea and all other nations will permanently abandon their nuclear programs.