This website requires the use of Javascript to function correctly. Performance and usage will suffer if it remains disabled.
How to Enable Javascript
What Makes Your Mind Unique?

What Makes Your Mind Unique? 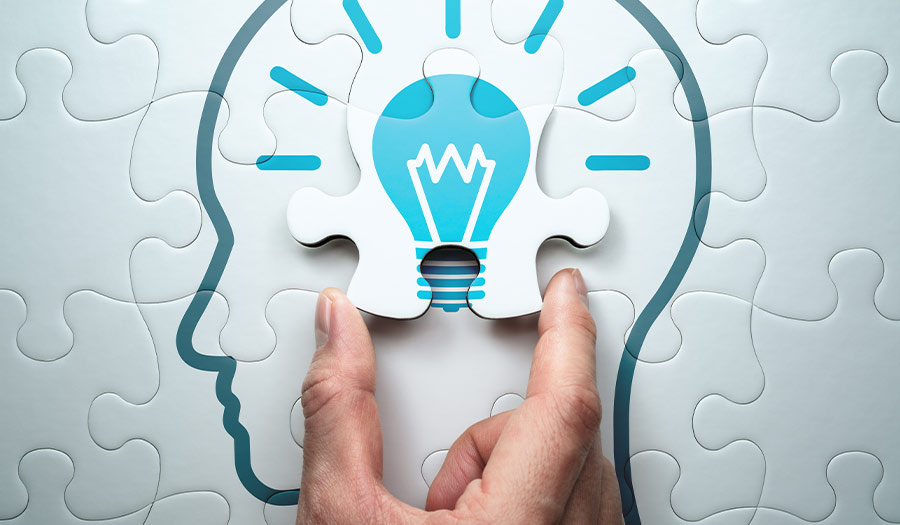 Reflect on all that science has given to mankind at large. It has put men on the moon and created weapons of mass destruction. It has broken down the genetic codes of DNA and cloned numerous different creatures. It has learned much about the staggering size and nature of the universe—outer space—and discovered incredible things about the tiny sub-atomic particles in different kinds of atoms—inner space. It has made numerous medical breakthroughs and accomplished amazing feats of engineering.

The scope and potential of science seems limitless. Most believe that, given time, scientific discoveries will solve most or all of mankind’s problems. Yet science is limited in a vitally important way that involves you. There is a discovery it will never—and can never—make about the nature of the human mind!

Your mind contains a dimension that cannot be understood or discovered by any process or experiment known to science. This world’s religions have missed it. Their theologians neither teach nor comprehend it. They have completely overlooked this critical component—this single vital key—that unlocks the enormous difference between men and animals. Only by understanding this revealed key can you learn your purpose for being!

Look at all of the amazing works of nature—both on earth and throughout the heavens. The kaleidoscope of God’s handiwork that can be seen by the human eye is staggering.

Consider the planets, stars and galaxies. Each is its own marvel. Then reflect on all of the species of plants found on earth. There are millions, diverse in color, shape, size and beauty. The brilliance of their various designs and purposes is incredible! Now think of the many millions of different kinds of animals and insects. They are as marvelous and fascinating as the world of plants, with their diversity of purpose, appearance and behavior.

But none of these creations rival the complexity and nearly unlimited capability of your mind. And as fascinating, marvelous, beautiful and amazing as are all the things described above, none is more amazing than the human mind. It is the absolute pinnacle of all living organisms. Nothing else in God’s creation even comes close. What else can plan, think or create to even a fraction of the same degree?

Just think about how many things the human mind can design and produce: Houses, telephones, trains, automobiles, planes, rockets, computers, fax machines and other sophisticated devices that are practically limitless in complexity and usefulness. The only thing it cannot design and build is itself!

Who Made Your Mind?

When the psalmist said, “...for I am fearfully and wonderfully made” (Psa. 139:14), this is most true of your brain—the human mind!

The Creator of your mind sent with it a detailed Instruction Manual containing vital information, explaining the nature, design and purpose of this greatest of all creations. He identifies the hidden key—the MISSING DIMENSION!—to the right and proper use of the mind, opening the way to peace, happiness, abundance and universal prosperity.

But this Instruction Manual is almost universally ignored, misrepresented, misunderstood and rejected. I speak of God’s Word—the Holy Bible! As a result, the problems, troubles and evils of civilization mount with no solution in sight and conditions only growing worse.

Would God create His marvel of engineering—your mind—and send it without an Instruction Book explaining how to use it? Of course not!

Yet this most amazing of all books remains a mystery to so many—with few even professing to understand it. Most spend their entire lives worried about what people think and say. Few concern themselves with what God thinks or says. Be honest and examine yourself. Do you derive your opinions from people? Or do you regularly search and accept the plain Word of God as the guide for your life?

The following scripture explains why even the most brilliant minds are completely unable to learn certain understanding, unless it is revealed to them. Notice: “At that time Jesus answered and said, I thank You, O Father, Lord of heaven and earth, because You have hid these things from the wise and prudent, and have revealed them unto babes” (Matt. 11:25). The greatest thinkers of this world cannot fathom the things God has revealed in His Word! They are literally hidden from them.

We must be willing to examine God’s Word for what He reveals about your mind. It will open your thinking to incredible new understanding about why you were born—and of your awesome future and potential. However, we must start at the beginning.

Many suppose that the composition of the human mind is entirely physical. Is this true? Others believe that each person possesses an immortal soul. Is this true? What does the Bible say? Does it endorse either of these ideas? Or does God’s Word teach something completely different—something completely overlooked by all religions, and unable to be discovered by all methods of science?

First, we must consider the difference between human minds and animal brains. There are facts that science tells us about the comparative qualities of both. All understand that in some way animal brains are entirely different from human minds. But in what way? How are they different?

For instance, certain creatures, such as chimpanzees and dolphins, have brains that are relatively similar in size and weight to that of humans. Some larger animals, like whales and elephants, have larger brains than man. Yet they are far less intelligent, far less creative and incapable of understanding any kind of complex thought.

Science has never been able to explain—to adequately account for—the vast difference between the human brain and the brains of animals. While man has a brain that may be only slightly more complex than animals of relatively similar brain size, the difference in capability is vast. There is simply no comparison.

Animals function almost entirely on instinct. They do what they do automatically, and from birth. For instance, almost immediately after birth, a calf knows exactly what to do—how to stand up and take steps, and where to find milk. Human babies require far longer to even stand up with support, and have to be taught how to do virtually everything.

Having minds, human beings have been given hands so that they can create. Merely having brains, animals function on instinct and possess paws, claws and hooves. This leaves them incapable of building something complex like a television—let alone a jet airplane or a space-traveling rocket—even if a mind were directing them. Animals are also not capable of acquiring knowledge beyond a very rudimentary ability to react to certain stimuli.

Humans are capable of acquiring knowledge, drawing conclusions, gathering and assessing facts, making decisions—and of building character. This is the single, greatest, overarching difference between men and animals.

Animals are greatly limited because God has merely programmed into them, through instinct, everything that they need to function effectively within their environment.

On the other hand, people do not instinctively know everything necessary to function successfully in life. They must continually acquire more knowledge throughout their lives to address new challenges and demands made upon them.

This is made possible by an unseen, unrecognized component of the mind. Without this invisible, non-physical element, mankind would be just another dumb beast!

A Spirit in Man

Let’s now establish a basic Bible teaching. The patriarch Job wrote, “But there is a spirit in man: and the inspiration of the Almighty gives them understanding” (32:8). This is a plain statement. Through Job, God revealed that men possess a kind of spirit, called the “spirit in man.” Fully understanding this spirit requires an examination of the other scriptures that describe it.

But before looking into the truth of this matter—before searching to see what the Bible says about this human spirit—one must understand and accept what the Bible does not say.

To do this, one must examine the most popular fallacy—the idea that man is born with an immortal soul—taught and believed by countless millions about this subject, and this is thoroughly addressed in our booklet What Science Will Never Discover About Your Mind. This booklet will open your understanding to things you could never imagine—and they have been right there, hidden in the Bible all along.