This website requires the use of Javascript to function correctly. Performance and usage will suffer if it remains disabled.
How to Enable Javascript
World News Report: March 2017 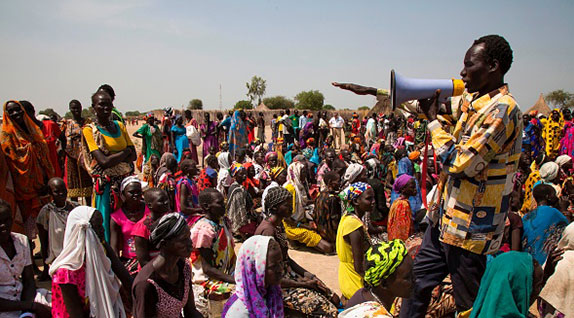 United States President Donald Trump delivered an address to a joint session of Congress on February 28. He outlined what his administration has done in his first month and detailed what he hopes to do during his term. A big focus was keeping his campaign promises to the American people.

The day after President Trump’s speech the Dow Jones exploded 303 points to another record for 2017, rising above 21,000 points for the first time! This added well over a half a trillion dollars of net worth in a single day. Yet the president’s many, many enemies across the American spectrum on the left, including in both houses of Congress, attack his every move and breath.

Highlighting his “America first” theme, President Trump stated in his speech: “Free nations are the best vehicle for expressing the will of the people, and America respects the right of all nations to chart their own path. My job is not to represent the world. My job is to represent the United States of America.

“But we know that America is better off when there is less conflict, not more. We must learn from the mistakes of the past. We have seen the war and the destruction that have ravaged and raged throughout the world—all across the world. The only long-term solution for these humanitarian disasters, in many cases, is to create the conditions where displaced persons can safely return home and begin the long, long process of rebuilding.”

Mr. Trump is of course not the only world leader focused on solving the many great problems facing his country. Heads of state continue to try to pull their nations back from the brink in the midst of a world that is crumbling—and maybe close to outright collapse. All sense of “normal world conditions,” if there really ever were any, now seem to have disappeared. Every problem has a new never-before-seen element to it.

In the Middle East, the Islamic State terror group is now using drones to deliver bombs: “The threat to troops is serious enough to prompt U.S. and Iraqi commanders to issue warnings to soldiers near the front lines. But a far bigger worry, U.S. officials say, is the potential for future attacks against civilians. Islamic militants have long discussed the possibility of using drones as remote-control missiles that can deliver explosives or even unconventional weapons such as deadly nerve agents. In recent weeks, the notion of terrorist drones has moved a step closer to reality, terrorism experts say” (Chicago Tribune).

As conflicts continue around the world, nations are piling up weapons at an unprecedented pace. The Jerusalem Post reported this stunning headline: “Global arms sales at highest level since Cold War.” Surprisingly, the tiny nation of Israel is among the top 10 exporters of weapons, which also includes Russia, France, China, Germany and the United States. Half of the weapons exported by America end up in the Middle East.

The article states: “Global arms sales have skyrocketed in the last five years, reaching their highest level since the Cold War in sales to the Middle East, according to a report by the Stockholm International Peace Research Institute. It says the volume of international weapons transfers has ‘grown continuously since 2004 and increased by 8.4% between 2007-11 and 2012-2016,’ with the flow of arms to the Middle East, Asia and Oceania spiking in part due to conflicts raging in the Middle East and tensions in the South China Sea.”

In addition to conflicts and terror, food shortages continue to strike millions of people. In Venezuela, where an estimated 82 percent of households are living in poverty, the country’s financial crisis has contributed to a tremendous scarcity of food, Fox News reported.

“In a new sign that Venezuela’s financial crisis is morphing dangerously into a humanitarian one, a new nationwide survey shows that in the past year nearly 75 percent of the population lost an average of 19 pounds for lack of food.”

Later in the article, the news outlet explained: “Venezuela’s food crisis has gotten so bad that remains of everything from dogs and cats to donkeys and even giant anteaters have been found in garbage bags at city dumps around the country.”

How many years can people continue to lose 19 pounds who were not overweight to begin with? And the problem is actually accelerating.

In another area of the globe, South Sudan recently declared a famine. Northern Nigeria, Somalia and Yemen are also experiencing severe food shortages. Yet the world collectively has an abundance of food.

Under the headline “20 Million Face Famine In a ‘World of Plenty,’” The New York Times reported: “In a world filled with excess food, 20 million people are on the brink of famine, including 1.4 million children at imminent risk of death. In the face of such grim numbers, a stark question confronts the world’s most powerful: Why in 2017 can’t they avert such a seemingly archaic and preventable catastrophe?

“Secretary General Antonio Guterres of the United Nations raised the alarm Wednesday afternoon [February 22] about the risk of famine in northern Nigeria, Somalia and Yemen. And this week, the United Nations declared famine in a patch of South Sudan. ‘In our world of plenty there is no excuse for inaction or indifference,’ Mr. Guterres said at a news conference, flanked by the heads of his aid agencies…”

“Mr. Guterres cited two reasons for the current crisis. First, he said, there is not enough money; the United Nations needs $5.6 billion to address the needs, most of it by the end of March. Barely 2 percent of that money is in hand, he said.”

Many might not realize how serious conditions must be for the term “famine” to be used. The article explained what constitutes an official “famine”: “Famine is a rare and specific state. It is declared after three specific criteria are met: when one in five households in a certain area face extreme food shortages; more than 30 percent of the population is acutely malnourished; and at least two people for every 10,000 die each day. The chief economist for the World Food Program in Rome, Arif Husain, described it earlier this week this way: ‘When you declare a famine, bad things have already happened. People have already died.’”

The crisis is worst in South Sudan, where over 100,000 people are facing starvation: “…another one million people out of a total population of 12.5 million [are] on the brink of famine,” The Wall Street Journal reported.

“Drought and war are also pushing millions in neighboring Somalia toward starvation. Some 1.1 million Somalis are on the verge of famine, and an additional five million are struggling to obtain adequate nutrition, the U.N. said.”

To learn more about how God will soon intervene in world affairs, read our booklet How God’s Kingdom Will Come – The Untold Story!