This website requires the use of Javascript to function correctly. Performance and usage will suffer if it remains disabled.
How to Enable Javascript
World News Report: April 2015 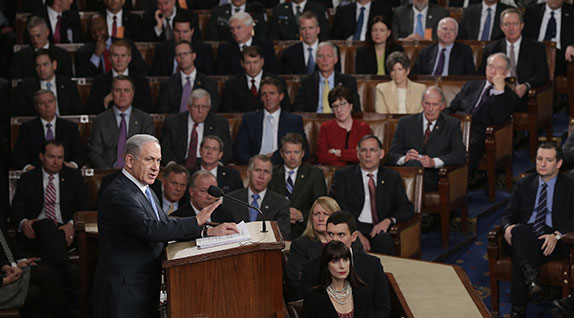 There is little to be positive about when one takes even a brief glance at world conditions. I may now always be able to report that things are much worse than they were just one month ago. Almighty God is carrying out dramatic prophecies foretold to occur thousands of years ago—and they are happening RIGHT BEFORE OUR EYES! He is moving in dramatic ways to ensure that His Plan is carried out in detail.

The God of the Bible is the only Being able to foretell and then fulfill prophecy. He is also capable of thwarting and overthrowing the purposes of governments and nations: “The Eternal wrecks the purposes of pagans, He brings to nothing what the nations plan; but the Eternal’s purpose stands for ever, and what He plans will last from age to age…The Eternal looks from heaven, beholding all mankind; from where He sits, He scans all who inhabit the world; He who alone made their minds, He notes all they do” (Psa. 33:10-15, Moffatt translation).

Men may have their plans about how to solve the big, complex problems facing civilization, but God will ultimately “wreck”—smash—them, “bringing them to nothing.”

The biggest news in March was the almost complete breakdown in the relationship between the United States and Israel. God clearly foretold this rift would occur (Zech. 11:14). The historic and seemingly unbreakable “brotherhood” (not described by God as either a “friendship” or “alliance”) between these two nations is showing serious signs of outright collapse. It has left many experts, commentators and analysts almost in shock at the deteriorating relations, and the speed at which each new development and accusation/counter accusation is hurled.

Here is just one excerpt—there could be scores of others cited!—from the popular news site Politico summarizing the current state of affairs between Washington and Jerusalem. It illustrates how various factions in both the American government and the Jewish contingent in America are unhappy with the rhetoric as it is: “A dozen Jewish House Democrats laid it out for deputy national security adviser Ben Rhodes during a meeting in the Longworth House Office Building last week: Enough. They’re just as upset about what Benjamin Netanyahu said ruling out a two-state solution, but President Barack Obama didn’t need to keep reminding them and everyone else. Obama and his aides, they said, had to stop acting as if the Israeli prime minister’s comments are the only thing holding up a peace process that’s been abandoned for a year while not expressing a word of disappointment about Palestinian President Mahmoud Abbas—and openly toying with allowing the Palestinians their provocative recognition bid at the United Nations. The swipes at Netanyahu felt vindictive, and gratuitous.”

“…When Netanyahu insisted during the congratulatory phone call Obama waited to make that he was already backtracking and they’d get past this, an unimpressed Obama responded by saying, sure, but you said what you said. He and his aides believe it’s now up to Netanyahu to repair a rift that they stress is only about the peace process, not the larger commitment to Israel.

“‘We’ve made our point. The message has clearly been received,’ a White House official said. ‘The next move is theirs, presumably after the new government has been formed.’”

Israel will almost certainly not change its position on the “peace” process with the Palestinians that the American government and the Europeans are demanding.

There is also the long-anticipated nuclear agreement between the Western world and Iran, which has captured the media’s attention over the last few months. Here is a longer quote regarding the negotiations being held in Lausanne, Switzerland. It is just one of many that could be included:

“‘The Iranians are again outplaying the Americans,’ said one source in Europe familiar with the negotiations. ‘They know they’ll have to give up certain things eventually. So they’re digging in their heels on issues that mean everything and preparing to give ground on relatively minor issues—but not yet, and not until they see how much more the Americans are willing to give.’

“Previous concessions by the United States appear to have motivated Iran to push harder on issues such as the possible military dimensions of its nuclear program, as well as continued work on advanced centrifuges and increased sanctions relief, according to a second American source apprised of the demands being set forth.

“‘Iran has successfully dragged the administration toward their positions to attain massive concessions, and, sensing that kind of weakness, they are seeking to press their advantage to gain further ground on critical points,’ according to the source, who added that on the sanctions relief front, Iran is seeking a rollback ‘without dismantling anything.’”

“‘The Iranians have a 100 percent record of getting the Americans to accept their key positions on centrifuges, heavy water, and ballistic missiles,’ said the Europe-based source. ‘They think the Americans want a deal more than they do. By all appearances, they’re right’” (The Washington Free Beacon).

Bear in mind that facts on the ground are changing by the minute, and that the quotes above will likely be outdated by the time you read them. To give one example would be that right at this moment, a breaking and very explosive news story came in that describes the Saudis as officially opening their airspace TO ISRAEL for much more easy access by Israeli Air Force (IAF) jets to bomb Iran and destroy their nuclear facilities. Also, just this morning was another article wherein a senior Iranian military official reaffirmed that “destroying Israel is non-negotiable.” The Saudis are mortal enemies of the Iranians, as are the Jordanians, Egyptians and all other predominantly Sunni nations. All of these nations will be held accountable by the Iranians, and other predominantly Shiite nations (think Iraq and the ruling party in Syria for starters) that want to build a large Caliphate in the Shiite image.

This development is most serious. Watch it closely! And this does not even speak to the ever growing danger of the ISIS THREAT, which is the horrific Islamic militant group that is trying to build a large Caliphate in the Sunni image.

Elsewhere in the Middle East, Egypt is forming a unified Arab army to combat the increasing terrorist threats in the region. An incredible 22 NATIONS gathered in Egypt this last weekend to discuss the new and unprecedented military coalition: “World leaders meeting in Egypt have agreed to the creation of a joint Arab military force to face the modern ‘challenges’ of the Middle East. Egypt’s president, Abdel-Fattah el-Sisi, said the 22 member states of the Arab League would combine forces under the supervision of their various chiefs of staff. The proposed joint army would have roughly 40,000 troops picked from the elite of nations including Saudi Arabia, Iraq, Jordan, Qatar and Egypt itself, and would be supported by tanks, jets and warships” (The Independent). This speaks so obviously to the need for the prophesied “King of the South” to further rise—and arrive soon. Directly related to this would then be the counter-balancing rise of the “King of the North” in Europe, which cannot be far behind.

In the religious world, the popularity of Pope Francis is absolutely surging. NBC News reported (italics are mine), “Pope Francis is more popular than ever in the U.S., with 95 percent of Catholics who go to church every week—and even two-thirds of those with no religion—giving him high marks. The Pew Research Center says that two years after Francis was named the leader of the world’s 1 billion Roman Catholics, his popularity has eclipsed any numbers his predecessor, Pope Benedict XVI, ever posted and puts him on par with Pope John Paul II in the 1980s and 1990s.” It is astonishing that so many irreligious people, and even atheists, think so well of him. No one has ever seen a pope as popular as this one. And his popularity seems still to be rising.

Finally, in the United States, besides ever-worsening political turmoil, religious confusion, violence and societal breakdown, parts of the nation’s Southwest are experiencing truly horrific drought. In California, the now four-year drought has reached unprecedented levels. Here is a sobering report from a top NASA scientist about how much longer this can go without relief: “As California experiences the fourth year of one of the most severe droughts in its history, a senior NASA scientist has warned that the state has about one year of water left…‘California has no contingency plan for a persistent drought like this one (let alone a 20-plus-year mega-drought), except, apparently, staying in emergency mode and praying for rain,’ [Jay] Famiglietti wrote. ‘In short, we have no paddle to navigate this crisis’” (The Guardian).