This website requires the use of Javascript to function correctly. Performance and usage will suffer if it remains disabled.
How to Enable Javascript
The Sabbath—What Few Understand

Many believe that observing Saturday was meant only for the Jews or those of the Old Testament. Yet the Bible reveals that it carries far greater significance than what most believe. 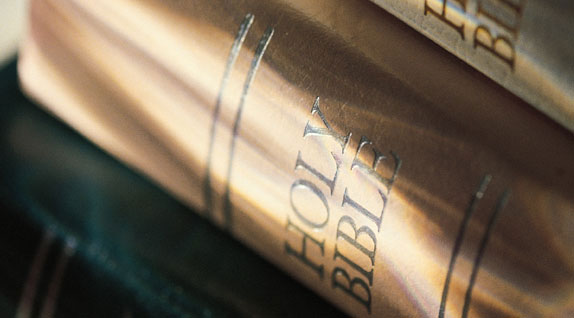 The subject of which day is the Christian Sabbath is one of the longest-running debates of any Bible teaching. Theologians and ministers of every background have offered their opinion about the “Saturday or Sunday” question. Most begin with the assumption that traditional, orthodox Christianity is the place to start the discussion. Yet few look to the Bible as the authority.

God’s Word is the only place to begin the study of the Sabbath, as well as of every other biblical doctrine. The “which day is holy” question arises at the very beginning of the Bible, in the book of Genesis. It speaks almost immediately about the Sabbath—the seventh day of the week. It is as though God wanted this issue clearly established in the minds of the Bible’s readers from the outset of their study of Scripture.

Much later, God gave the Ten Commandments to ancient Israel through Moses, with the fourth one declaring in Exodus, “Remember the sabbath day”—note that it says “remember” because the Sabbath had been created and established 2,500 years earlier at Creation, long before there were any Jews who are thought to be the only ones required to observe it—“to keep it holy. Six days shall you labor, and do all your work: but the seventh day is the sabbath of the Lord your God: in it you shall not do any work, you, nor your son, nor your daughter, your manservant, nor your maidservant, nor your cattle, nor your stranger that is within your gates: for in six days the Lord made heaven and earth, the sea, and all that in them is, and rested the seventh day: wherefore the Lord blessed the sabbath day, and hallowed it” (20:8-11).

This is not the first day, or any other day—and the command in Exodus is tied directly to the Creation account, the point in time when God first created and began to work with human beings.

Most people never ask why they believe what they believe or why they do what they do. In a world filled with popular customs and traditions, few try to determine the real origin of things. Most generally accept common religious practices without question, choosing to do what everyone else does because it is easy, natural and comfortable—because there is a certain “safety in numbers.” The power of peer pressure alone makes most avoid hard questions, so that they can practice what is acceptable—and fashionable.

There are over two billion professing Christians on Earth. They attend over 2,000 different denominations and organizations in the United States alone. The result has been no end of confusion over differing beliefs and the resulting disagreement between them. However, almost all professing Christians are in agreement about Sunday observance, thinking it to be the biblically authorized “Lord’s Day” of the New Testament.

But if Christ established Sunday to replace the seventh-day Sabbath, why did He tell His disciples in Mark, “Therefore the Son of man is Lord also of the sabbath” (2:28). This was right after He had said in the previous verse, “The sabbath was made for man…” (vs. 27). Notice it was not “for the Jews only,” but “for MAN.”

This passage alone towers over the debate!

But surely billions cannot be wrong. Or can they? And what do leading theologians have to say about this subject?

To learn the answers, read my book Saturday or Sunday – Which Is the Sabbath?