This website requires the use of Javascript to function correctly. Performance and usage will suffer if it remains disabled.
How to Enable Javascript
Wanted: True Leadership

Amid deepening global problems, nations require strong leaders to weather the storm. Where can they be found? 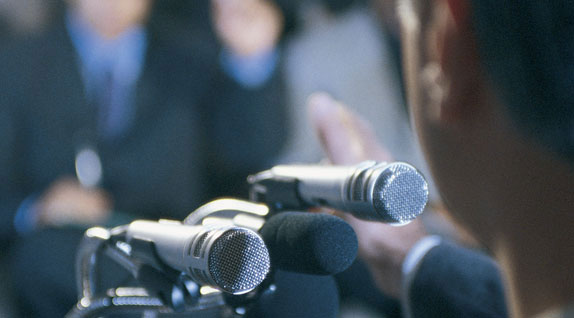 We need someone who can unite us. Someone we can trust. Someone charismatic. Someone with the resolve to tackle tough times. Someone who understands issues affecting ordinary people. An everyman and visionary—a great leader.

Similar thoughts are on Americans’ minds as the economy continues to limp along and unemployment remains depressingly high. These and other concerns make each person feel that the candidate he or she supports in the 2012 presidential election is especially important.

Many are ready to back the incumbent president, and give him four more years to follow through on his vision for the nation. Others are scouring the political landscape for an alternative, with widely different opinions on who fits the bill. A career politician? A devoutly religious man? A former CEO? Someone else?

Yet the United States is not the only country holding national elections this year. Votes are occurring in Russia, China, Kenya, France, Greece, Libya, Venezuela and elsewhere. The leaders of both Mexico and South Korea have reached the end of their respective terms. Of the five permanent seats on the United Nations Security Council, only Britain is not selecting its top government position in 2012.

As in the U.S., these votes are crucial. France must tackle the euro crisis, of which Greece is at the center. Libya and Egypt must hold together their post-revolution governments. South Korea faces many unknowns with Kim Jung Il’s successor now leading North Korea. Mexico’s bloody drug war shows no sign of abating.

Then there is the question of resultant violence. A national vote in Russia usually means riots, and Kenya’s 2007 presidential election spawned machete-wielding mobs.

Public passions are running high the world over, however, fueled by the Arab Spring and “Occupy” trend. Riots may spread in unexpected places. What will the out-of-work, dissatisfied masses do if their favored candidate is not put in office?

These are powder-keg times, with the global mood rigged to explode. In moments of crisis and uncertainty, citizens seek strong presidents, premiers and governors. And with elections occurring across the planet, many are looking for men and women to solve such mounting problems.

It is clear the world desperately needs true leaders.

America ramping up to a presidential vote demonstrates the state of modern politics, and how they play against any ideal candidates vying for head of state.

Look at attack ads. Mudslinging, propagating half-truths, and ad hominem arguments are common. Add to these biased news outlets defending their chosen candidate, and digging up dirt on the opposition. If a person does not have any substantial skeletons in his closet, then he will be denigrated through whatever means necessary. This can be as petty as the way he combs his hair.

Super PACs add to this. This breed of “public action committee” operates independently of a specific candidate and can take in an unlimited amount of funding from individuals, unions and corporations. In other words, these committees decide the content of advertisement campaigns for a given person—without the involvement of the man or woman they are assisting.

Imagine the potential hatchet jobs and propaganda possibilities when a group can have unlimited funding!

Today, politics has essentially turned into a game of who you know, how much money you have, what the media thinks of you, and how good you look on TV.

Whenever a national vote looms, another “American pastime” reappears: election-year politics. This means that instead of focusing on problems at hand, leaders in Washington will largely avoid controversial decisions until after November 6. Very little will be said or done unless it plays well with people or hurts the reputation of the other party. This political posturing also means a barrage of more promises than any politician could ever hope to keep.

Similar trends are occurring around the globe, in which attack ads, personal propaganda, and election-year politics also play a role—and all in a year when nations need swift governmental action to address their most crippling problems.

While many elected officials sincerely want to help their nations succeed, they are forced to “play the game” to remain in office. It seems the deck is stacked against any effective leaders rising to high office.

What citizens want from an ideal leader has generally been the same—no matter the time period or circumstances. He should recognize the problems of the people and promptly address them, make bold decisions when necessary, and bring lasting peace, health and abundance to everyone under him.

To accomplish this, a leader must have characteristics such as vision, good judgment, and integrity, and selflessly put his country’s needs before his own concerns.

Historians hold up some world leaders as examples of these qualities.

After the Revolutionary War, George Washington wanted to return to his estate in Virginia. Yet when he saw his country needed him to run for president, he did.

Winston Churchill—known as the “British bulldog”—gave inspirational speeches that helped his nation endure World War II, and stood up to one of the most destructive European dictators. Even as his health began to fade, he exerted great effort to continue actively participating in government.

Golda Meir, Israel’s first prime minister, planned to move to the newly created country to live on a farm. Instead, she found herself working with surrounding national leaders to ensure Jewish people could have a homeland after they were almost destroyed by the Holocaust.

Some elected officials are seen as the personification of certain of these ideal qualities. For example, Abraham Lincoln is known as “Honest Abe.”

Non-political leaders can also exemplify aspects of good character. In 1914, explorer Ernest Shackleton tried to cross Antarctica. His 27-man crew became stranded in the wintry wilderness for 20 months, yet because of his perseverance and drive, not one of them died.

While some successful men and women receive near-unanimous praise from their countrymen, the track records of others are markedly different. For example, while some label Julius Caesar the consummate politician, he murdered his rivals! Genghis Khan amassed a formidable kingdom and was incredibly adaptable on the battlefield, yet was notoriously cruel.

Even the best leaders had flaws, whether a fierce temper or tendency toward depression.

But one characteristic runs through the lives of all of these prominent figures: their time in power came to an end. Caesar’s empire fell apart. Abraham Lincoln was assassinated. Churchill was voted out of Parliament. And so on.

While some of these men and women did help their nations weather hard times, they could not ensure lasting peace and prosperity for their citizenry. At best, each could offer only a temporary period of abundance or respite from war.

Look at the entire history of those considered great leaders. The “great” ancient kingdoms—whether ruled by the pharaohs of Egypt, kings of Babylon, or Caesars of Rome—ended in utter collapse. The prominent nations of the 20th century—which have been helmed by many so-called “great” men—are now in decline, making way for rising new global superpowers. Attempts to use religion (Islam, Christianity, etc.) as a backbone of government have failed, and the same can be said for the efforts of atheists.

Given this track record, finding someone who perfectly upholds every trait of a true leader appears a pipe dream.

Here is the problem. Governments of men, invariably rely on men (and women) to rule them. Yet this means an administration’s rule is always swayed by human nature.

Some feel human nature can be changed, and govern with the assumption that each man, woman and child is inherently good. Others feel mankind cannot change and govern with an iron fist, imposing tyrannical rule. Again, neither of these approaches has ever been ultimately successful.

Unknown to most, the Bible contains a complete map of human nature, and explains how and why political leaders continue to fail to initiate solutions. Consider just one verse: “The heart is deceitful above all things, and desperately wicked: who can know it?” (Jer. 17:9).

Take this passage at face value. It is the only answer to why even “great” rulers ultimately fail. The human mind is deceitful above all things. Despite millennia of being unable to solve just one of its greatest problems—war, famine, disease, etc.—mankind continues to deceive itself, believing it will ultimately discover these solutions.

While the Bible reveals the why behind the failure of even “great” men, it also holds incredible good news of the only solution to mankind’s woes.

Consider what is written in the Old Testament book of Isaiah: “For unto us a Child is born, unto us a Son is given: and the government shall be upon His shoulder: and His name shall be called Wonderful, Counselor, The mighty God, The everlasting Father, The Prince of Peace” (9:6).

The “Child” mentioned in this passage is Jesus Christ. Notice He has a government. The next verse states, “Of the increase of His government and peace there shall be no end…and upon His kingdom, to order it, and to establish it with judgment and with justice from henceforth even forever” (vs. 7).

Peace has not been increasing since Christ’s earthly ministry. In fact, the opposite has happened—war has increased! Therefore, this kingdom must yet be established in the future.

Part of how Christ will rule this coming supergovernment is detailed in verse 6. Most imagine Him as a helpless baby in a manger or weakling on a cross. Yet the meaning of the original Hebrew for the words of His described characteristics reveals the traits a truly great leader must have (all definitions taken from Brown-Driver-Briggs Hebrew and English Lexicon and Gesenius’s Lexicon).

Additional qualifications for Christ ruling Earth are found throughout the Bible. In gospel accounts, Jesus is seen to be an exceptional speaker, sometimes teaching crowds of thousands (Matt. 14:13-21). (He must have been effective because they refused to leave even when hungry.) In addition, He is shown to be a leader with integrity, good judgment, and vision—who selflessly puts others first. And as the account in Matthew 4 demonstrates, He is immune to bribery and corruption.

In short, He will be the perfect leader because He possesses perfect character! (Read Hebrews 5:8-9.)

With Christ’s soon-coming supergovernment in place, people will again come from near and far to hear Him teach. At that time, “…many people shall go and say, Come you, and let us go up to the mountain of the Lord, to the house of the God of Jacob; and He will teach us of His ways, and we will walk in His paths…And He shall judge among the nations, and shall rebuke many people: and they shall beat their swords into plowshares, and their spears into pruninghooks: nation shall not lift up sword against nation, neither shall they learn war any more” (Isa. 2:3-4).

Only when all of man’s failed attempts at governing himself are wiped away, and the ultimate leader takes His throne over Earth, will peace and prosperity finally “break out” across the globe. These conditions will then continue “from henceforth even forever.”

Man’s long-running search for true leadership will finally be over.

To learn more, read What Is the Kingdom of God? and Tomorrow’s Wonderful World – An Inside View!