This website requires the use of Javascript to function correctly. Performance and usage will suffer if it remains disabled.
How to Enable Javascript
China Debuts Aircraft Carrier 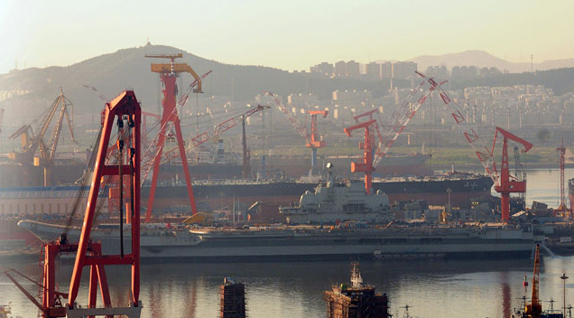 Euronews reported the move is considered a step in the nation’s “long-term plan to build a carrier force of four vessels to boost its power on the Asian region’s seas which are riddled with territorial disputes.”

The ship’s “symbolic significance outweighed its practical importance,” a military expert told the news agency, adding that it is still far from being an “effective war machine” and years of pilot training will be required.

“The vessel nonetheless sends a powerful message both to China’s domestic audience, for whom a carrier has for decades been equated with national strength, and to the U.S. and its regional allies, many of whom are embroiled in territorial disputes with Beijing,” The Wall Street Journal reported.

In response, two American carriers were sent to the region. According to Voice of America, “The United States has expressed concern about Beijing’s lack of transparency regarding the carrier. But Chinese officials have responded that the vessel is not a threat to anyone and that its primary purpose is scientific research and training. They also have pointed out that China is the only one of the five permanent members of the United Nations Security Council without an operational aircraft carrier.”

“Taiwan’s defence ministry has expressed alarm at China’s naval buildup although experts say it may still take time for the People’s Liberation Army to operate its first carrier group complete with fighter jets.”

China: The New Lone Superpower?
China’s presidential visit to the United States revealed an apparent reversal of roles, with financially burdened Washington having to cater to rising superpower Beijing.