This website requires the use of Javascript to function correctly. Performance and usage will suffer if it remains disabled.
How to Enable Javascript
North and South Korea – On the Brink of War?

On the Brink of War?

Escalating tensions have heightened fears that armed conflict between the two countries is fast approaching. 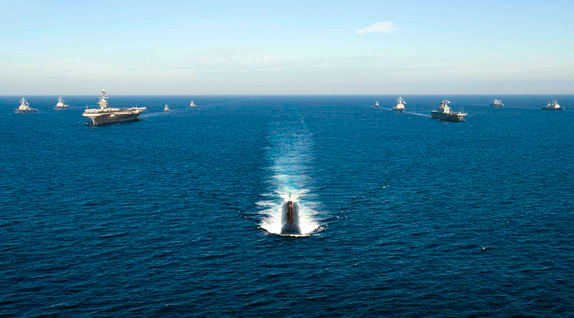 Since the alleged March 2010 sinking of a South Korean warship by a North Korean submarine in disputed waters, tensions between these countries have continued to escalate—with war now a possibility.

Shortly after the incident, a five-nation investigation team examined the recovered wreckage of the corvette-class cruiser, the Cheonan, and concluded that a North Korean torpedo caused its demise.

“South Korea’s president, Lee Myung-bak, issued a sterner-than-expected response to an international probe which found the North guilty of firing a fatal torpedo that sank one of South Korea’s warships and killed 46 of its sailors,” The Economist reported. “He strengthened trade restrictions on the North and closed off South Korea’s sea-lanes to North Korean vessels.”

In the wake of the possibility of war between the two Koreas, the United Nations Security Council stopped short of accusing the North of the attack, instead urging both sides to remain calm.

South Korean officials maintain that evidence of the sinking is based on intact components of a North Korean torpedo recovered near the location of the incident. But the attack was harshly denounced by North Korea’s United Nations Ambassador Sin Son Ho, who accused the South Korean government of fabricating the results of the multinational investigation, and threatened military action if further accusations or retaliation occurred.

The North Korean government also demanded access to the wreckage site to conduct its own investigation, but South Korea denied permission.

War between North and South Korea would inevitably force their protective allies, China and America, to become involved.

China is North Korea’s most valued trading partner and its largest supplier of food, arms and fuel. It has been instrumental in buffering the North from harsh economic sanctions to prevent a regime collapse that could send millions of refugees across its own 800-mile border.

The United States, however, identifies more with South Korea. Washington originally allied with the southern nation to fight communist expansion in Asia, but over time, the alliance grew to include a Mutual Security and Free Trade agreement as well as a military deterrent against the North. 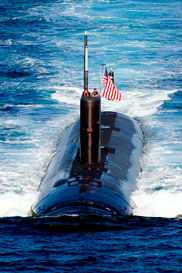 To show their solidarity with South Korea, following the torpedo attack, the United States launched the largest four-day joint military exercise since 1976, which included participation from more than 8,000 servicemen, one Nimitz-class aircraft carrier and hundreds of aircraft. It was the first of a number of military exercises to occur in the area.

North Korean officials consider the exercises proof that the United States and South Korea are planning an invasion, according to an article by The Associated Press.

“The U.S. strengthening military moves on and around the Korean Peninsula is nothing but a premeditated maneuver to realize its hostile policy aimed at militarily stifling our republic,” the North Korean newspaper said in a commentary carried by the official Korean Central News Agency.

“Under the current tense situation, the nuclear deterrent force of our republic effectively contributes to guaranteeing peace and safety of our republic...(We) will make every effort to solidify our self-defense force.”

Less economically stable than its southern neighbor, North Korea has depended on the South for much of its basic needs, including food. In the past, under what was called the “Sunshine Policy,” South Korea willingly helped the North, hoping that the nation’s attitude and hostility would thaw and the republic would become more willing to cooperate with them.

But that changed after the current government under Mr. Lee took power. Aid to South Korea’s northern neighbor became contingent upon their denuclearization.

“The level of threat is higher than before,” Kim Tae-woo, Korean Institute for Defense Analyses vice president told The Christian Science Monitor. “[North Korea is] threatening another provocation by possibly test-firing a short-range missile or attacking South Korean navy ships.”

Tensions between the two countries are not new. The hostile standoff between North and South Korea has continued to worsen in the 40 years since the Korean peninsula split in two. In post-war 1945, the Soviets occupied the northern half of the Korean peninsula, leaving the south occupied by the United States.

Both sides claimed sovereign rule—leading to the Korean War in 1950. The war ended only with an armistice agreement in 1953, with neither side having signed an official treaty—technically leaving both sides still at war.

“If anything, the military provocation by all sides demonstrates the frailty of the Korean armistice agreement, which was signed by North Korea, China and the United States on July 27, 1953,” a New York Times article stated. “It shows how much the absence of a peace treaty could trigger another war, not just between the two Koreas, but between the United States and China.”