This website requires the use of Javascript to function correctly. Performance and usage will suffer if it remains disabled.
How to Enable Javascript
Is There “Original Sin”?

Is There “Original Sin”?

Nearly 6,000 years ago in the Garden of Eden, an event took place that set the course of human history. Through the ages, it has affected every person who has ever lived. None have escaped the effects—including you! 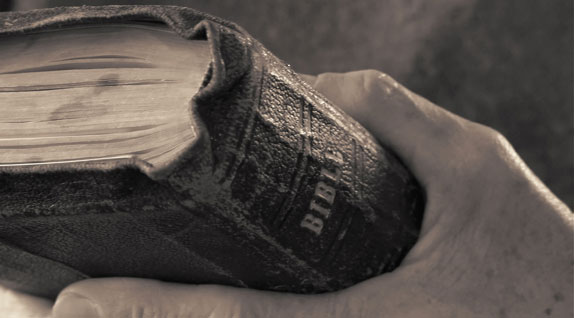 God had actually said “you shall surely die” (Gen. 2:17). Satan countered that they “would not surely die,” implying that God was not being truthful and was holding back something good from them. In effect, he was saying, “you cannot rely on God’s word.”

Influenced by Satan’s convincing argument, Eve reasoned that it “was good for food, and that it was pleasing to the eyes, and a tree to be desired to make wise [so] she took of its fruit, and ate. She also gave to her husband with her, and he ate.” Thus, Adam and Eve conducted the first human scientific experiment. Rejecting God’s clear instructions, they observed, reasoned, hypothesized, and then acted to see if the hypothesis was correct. The result?

“And the eyes of them both were opened, and they knew that they were naked” (Gen. 3:7). While Eve was deceived, Adam was not. He knew what he was doing.

Some religious scholars teach that Adam’s eating of the fruit was the “original sin,” and that this same sin is a “genetic defect” that has been passed on to every person’s soul at birth from generation to generation. It is considered the sin that separates all people from God and brings death.

Millions believe this doctrine. From youth, Catholics are taught it.

But is it biblical?

An Idea Is Born

While Adam and Eve certainly did sin, the Old Testament mentions nothing about this supposed universal sin transmitted to the entire human race through heredity. Neither do any of the books contained in the New Testament. It is simply not there.

This doctrine has its origins in pagan religion, and was introduced to the Catholic Church by the second century Catholic writer Irenaeus. Augustine, who, before his conversion to Catholicism, was a Manichaean, later cemented it into Catholic dogma.

According to the Catholic Encyclopedia, “Manichaeism is a religion founded by the Persian Mani in the latter half of the third century. It purported to be the true synthesis of all the religious systems then known, and actually consisted of Zoroastrian, Dualism, Babylonian folklore and Buddhist ethics and some small and superficial, additions of Christian elements. As the theory of two eternal principles, good and evil, is predominant in this fusion of ideas and gives color to the whole, Manichaeism is classified as a form of religious Dualism.”

This pagan religion influenced Augustine in his formulation of the original sin doctrine.

The original sin doctrine is simply a fiction of men! It essentially teaches that Adam, not us individually, is really responsible for our sin. Romans 3:23 clearly states, “For all [not just Adam!] have sinned, and come short of the glory of God.”

Every human being has sinned of his own account! All are responsible for and guilty of their own sins—not those of Adam, Eve or anyone else!

This doctrine also teaches that Adam passed on his sin as some sort of inherited genetic defect, in and through our flesh, which is now inherently wicked. How absurd! Adam no more passed his sin to us than he did having only 23 ribs after God removed one to form Eve.

Many Christians believe that all people deep inside are essentially good, and secretly want to obey and love God. This derives from the pagan teaching that human beings have a pure, pristine, immortal soul locked inside an evil “prison house” body, only able to “escape” at death. Romans 3:11 and 8:7 preclude any supposed secret, noble motives lying inside a person’s “mind,” and that these are somehow able to control the “flesh.”

What the Bible Says

The first is Romans 5:12, 19: “Wherefore, as by one man sin entered into the world, and death by sin; and so death passed upon all men, for that all have sinned…For as by one man’s disobedience many were made sinners, so by the obedience of one shall many be made righteous.” Verse 12 shows that all human beings suffer death because of what this first man did. But the key is the latter part of verse 12—“death passed upon all men, for that all have sinned.” The end of verse 16 emphasizes that death comes not because of Adam’s sin alone, but because of “many offenses” committed by individuals.

The second is Romans 5:13-15: “For until the law sin was in the world: but sin is not imputed when there is no law. Nevertheless death reigned from Adam to Moses, even over them that had not sinned after the similitude of Adam’s transgression, who is the figure of him that was to come. But not as the offense, so also is the free gift. For if through the offense of one many be dead, much more the grace of God, and the gift by grace, which is by one man, Jesus Christ, has abounded unto many.”

What is this “imputed sin”? Is it original sin? And what was the “similitude of Adam’s sin”? Of whom was he a “figure”?

First, imputed sin is sin that people are responsible for because they knew the Law when they committed the sin (Rom. 4:15). People cannot sin or thus be guilty of sin where there is no Law. Yet Adam sinned, as did all others after him, including Cain (Gen. 4:7-8). This demonstrates that God’s Law has been in place since Creation.

Second, the “similitude of Adam’s sin” was that it alone cut people off from the Tree of Life (Gen. 2:16-17; 3:24). No other sin in history ever did that! This first human being’s choice, in effect, spoke for all people who would follow. Adam was a “figure” of Christ because they both were unique forerunners.

When Adam took of the tree that God had forbidden, he took it upon himself to decide between what was right and what was wrong—between good and evil. His decision did “open his eyes,” and the spirit of Satan’s influence did enter the minds of Adam and Eve. Their decision negated the opportunity to acquire spiritual knowledge and understanding they could have otherwise had by eating from the Tree of Life. With this decision, human nature came into existence for the first time. All have voluntarily followed Adam’s path.

Adam was the first person to make the wrong choice, thus cutting off all humans from the Tree of Life. His decision affected all mankind. Christ, on the other hand, was the first to live a perfect life in harmony with God and the first to offer redemption to all people through the forgiveness of sins (Rom. 5:18-19). In this way, both Adam and Christ affected the entire human race.

Not Born with Original Sin

Human nature, really Satan’s nature, is not something with which a person is born. At birth, a person is neither inherently evil nor good. You are not born with any supposed “original sin” on your soul! But over the process of time, after being influenced by the god of this world (II Cor. 4:4) from an early age, an individual takes on an attitude of rebellion against God and His Law (Rom. 8:7) and sins of his own accord.

Yet upon true repentance, baptism and the receiving of the Holy Spirit, human nature can be replaced with God’s divine nature. For those who choose this path, a wonderful, exciting future lies ahead!

To understand more, read The Awesome Potential of Man.