This website requires the use of Javascript to function correctly. Performance and usage will suffer if it remains disabled.
How to Enable Javascript
The Disappearing Family Farm

The lifestyle of the family farmer is fading fast. How does this affect you? 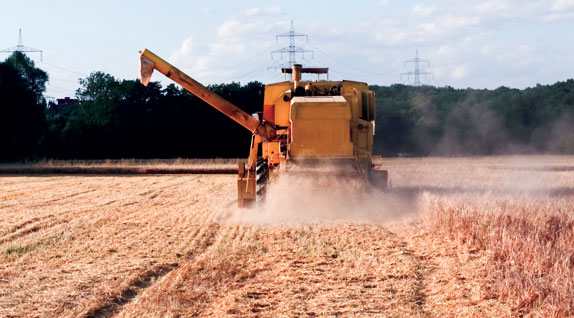 In the 21st century, few are able to step outside on a warm summer morning and hear hens clucking contentedly and cattle lowing in the field. Nor are they able to walk to the garden and pull up fresh carrots, harvest succulent lettuce and pick tomatoes from the vine. This way of life is rapidly disappearing.

Gone for most are the times when farmers would work together with their wives and children to feed the cows or harvest that year’s crop of onions and garlic from the garden.

Gone are the days when youngsters, after finishing their chores, could run down to the pond, straddle the branch of a large willow, lean back against the trunk, and spend an idyllic hour watching the turtles and fish or listening to the yellow warbler while looking out over acres of cornfields.

Gone are the evening meals where families recounted the day’s accomplishments.

A class of society is being lost, and with it, iconic barns and sprawling rural landscapes are fading at an alarming rate. The concept of a small family farm—one that has been owned and operated by one family for possibly several generations—has been all but destroyed.

The ever-encroaching crush of urbanization plays a major part in the disappearance of the family farm.

“According to the Census of Agriculture,” a United States Department of Agriculture report revealed, “the number of U.S. farms fell sharply until the early 1970s after peaking at 6.8 million in 1935…By 2002, about 2.1 million farms remained.”

“The American Farmland Trust estimates an acre of U.S. farmland goes into development every two minutes, while Environment Colorado estimates the state lost 1.26 million acres of agricultural land between 1997 and 2002,” The Denver Post reported. “This loss averages 690 acres per day in Colorado, the third highest in the nation.”

Statistics Canada said the situation there is similar, as the amount of farms surveyed by the census “continues to drop, according to data from the 2006 Census of Agriculture, declining 7.1% to 229,373 farms over the five-year period between the censuses…This represents 17,550 fewer farms than in 2001.”

As the farming community ages, those within it and the land they own come under intense pressure.

“Aging farmers and ranchers, whose average age has risen from 52 to 57 during the last 20 years, are often retiring without a younger family member willing to take over, thus too often removing multi-generation ranches and farms from production” (ibid.).

Statistics show that less than a third of farms have a designated successor in the family. Many young couples are unwilling to invest $500,000 in a business that requires them to work 12-16 hours per day throughout most of the year and then get a return that amounts to the equivalent of what a farmers’ wages would have been 30 years ago.

Bright city lights are another distraction. Today, farming is looked down upon while city-based, high-paying white-collar jobs are glamorized. Also, some farmers do not want their children to have to “work as hard as I do,” and advise them to pursue a different profession.

Another reason for the disappearing family farm is the ever-increasing disparity between dwindling income and soaring expenses. Net farm income in 2000 dropped to $39.7 billion—the lowest since 1995. On the other hand, production expenses rose to $197.5 billion or 88 percent of gross cash income—the highest since 1980-1984.

While food prices have gone up substantially in supermarkets, the wages farmers are paid have been left out of the equation. Although private manufacturers can include all their costs plus a fair profit, government boards often set prices for what farmers receive for their products. Because of this, the United States Bureau of Labor Statistics projected that farmers will have the largest job loss of any other occupation.

“It has been estimated that living expenses for the average farm family exceed $47,000 per year,” an Environmental Protection Agency report stated. “Clearly, many farms that meet the U.S. Census’ definition would not produce sufficient income to meet farm family living expenses. In fact, fewer than 1 in 4 of the farms in this country produce gross revenues in excess of $50,000.”

Giant agribusinesses are an additional factor. Even though 90 percent of all farms are still owned by families or individuals, more and more farms are becoming “corporations.”

These giant agribusinesses are not just involved in local farming, but also in the distribution, processing, storage and retail of farm products nationwide. The result is that milk in a carton now can contain the milk of hundreds of cows. The same can be said of the fast-food burger.

“The days when hamburger meat was ground in the back of a butcher shop, out of scraps from one or two sides of beef, are long gone…the huge admixture of animals in most American ground beef plants has played a crucial role in spreading E. coli…” Eric Schlosser wrote in Fast Food Nation. “A single fast food hamburger now contains meat from dozens or even hundreds of different cattle.”

As small family farms are squeezed out of existence, investment groups and equity firms are buying more and more land, according to a Reuters article.

“The World Bank and the United Nations Food and Agriculture Organization (FAO) cited the trend in a report in January, noting a ‘sharp increase’ in agricultural investments the world over. Such private investment could offer significant benefits to the sector—not to mention the human race—by helping modernize farming tools and techniques, the agency said.

“Not everybody is thrilled by Wall Street’s hayride, however. At a World Bank gathering in Washington last month critics addressed the implications of the trend, calling it a modern-day land rush. They worry in particular about what they label an unfair transfer of valuable land and water resources from the poor to the wealthy.”

In the agricultural industry, certain products can be produced cheaply in large quantities, stored over long periods, and shipped easily. These items must be heavily subsidized to keep prices artificially low on the world market. Yet subsidies—money paid to industries to produce goods more cheaply for a nation so that it can better compete in the global market—can harm the family farm.

“Since 1970, [U.S.] farm subsidies have totaled $578 billion, according to the Historical Tables of the U.S. budget…Roughly 90 percent of commodity payments go to farmers raising grains and oilseeds (wheat, corn, sorghum, soybeans), cotton and rice; they represent about a fifth of farm cash receipts,” a Newsweek article stated.

Subsidies can lead to chronic overproduction and dumping of surpluses on the global market, which often forces smaller, non-competitive producers out of business. The abandoned land is then swallowed by larger conglomerate farms.

In South Africa, a different problem is affecting family farms. Increasing attacks are driving many from their land. For example, “a militia led onslaught on commercial farms in Rusape saw a local farming family come under siege, with two people being assaulted by a mob of land invaders,” AllAfrica reported.

In 2008, the South African Development Community (SADC) ruled that land grabbing was unlawful, but this was largely ignored. Under the guise of land “reform,” the attacks have intensified.

“The ongoing land attacks have also left tens of thousands of people unemployed, as farm workers and their families have also been forced to leave the properties along with their employers. The General Agriculture and Plantation Workers Union reported last year that more than 60,000 people have been left destitute as a direct result of the land grab initiative in 2009, since the attacks began in earnest last February. The figure adds to the already crippling unemployment rate of more than 94% in the country. But despite this, there has been no effort by either the unity government or by SADC to stop the attacks that are having such far flung implications for the country” (ibid.).

In this technologically advanced world, most are unaware that a prosperous society does not hinge on acquiring gadgets, vehicles or other luxury items. Rather, a significant indicator of a healthy society is the stability of the family unit.

As small farms vanish from the countryside, with them disappears one of the best environments capable of producing strong, character-driven families. This—building strong character—is the most tragic loss as family farming dies out.

Over centuries, an agricultural lifestyle presented favorable conditions for the mental development of children because it exposed them to an immense variety of stimuli. It allowed them to channel their boundless energy in helping parents care for animals, collect eggs, grow vegetables and harvest grain.

For adults, farm life provided a slower pace, with time to think. Built into the occupation was a healthier diet and workout routine. Life in the fields provided what Pulitzer-Prize-winning author and agriculturist Louis Bromfield called “the only profession in which man deals constantly with all the laws of the universe and life.”

Not until the Industrial Revolution did nations move from an agrarian society into ever-expanding metropolises. While this shift has provided many modern benefits, society has inadvertently lost the strong focus on the moral character, integrity and work ethic.

How can modern nations recapture the values once automatically instilled in children raised on the farm?

Individuals can fight against the general pull of the environment around them. But the only widespread solution would be a complete reset of today’s society, including its schools, cities, religions and governments.

In this “reset” society, family agriculture could regain great prominence. Cattle could feed in large unpolluted pastures. Regularly favorable weather conditions would provide a bumper crop, with continuous surpluses of food. In this society, there would be peace, with weapons of war converted to farm implements.

While this seems impossible—it is not!

For a full, inspiring view of what is just ahead, read Tomorrow’s Wonderful World – An Inside View!