This website requires the use of Javascript to function correctly. Performance and usage will suffer if it remains disabled.
How to Enable Javascript
Drowning in Debt – Cause Behind the Credit Crisis

Cause Behind the Credit Crisis

With so many struggling to stay afloat in the global financial meltdown, you can break free from debt and avoid being just another statistic. 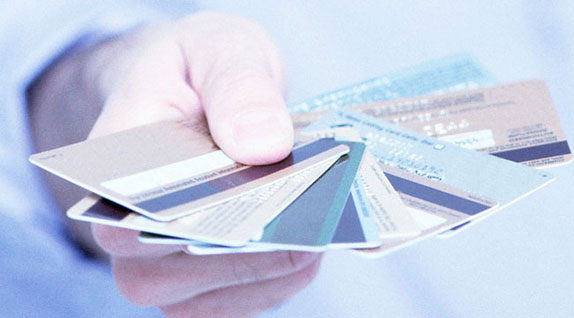 Since 2007, the economic crisis has erased a staggering $50 trillion dollars in wealth around the world. To complicate this economic meltdown, personal and commercial debt continue to spiral out of control.

What is the answer?

This article is an adapted excerpt from The World to Come broadcast “World Economic Collapse! – And You!” presented by David C. Pack.

The world’s largest economy, the United States, is now more than $12 trillion in debt—and this debt is growing by over $4 billion daily. Most Western nations are being crushed by financial obligations. Catastrophe now looms.

Consider this example. The U.S. expects to receive an estimated $2.19 trillion in tax revenue in 2010. Projected spending is at $3.94 trillion.

Now suppose these estimates represented the spending of an American family of median income. Such a family would take in $50,303 (2008 estimate), but be planning to spend $90,042—while already being more than $275,632 in debt. Such deficit spending is unsustainable.

Using credit to purchase luxury items and a near-universal obsession to obtain material goods fuel the mounting crisis. The present generation is very different from those of the past. Many, in fact most, now live solely for pleasure, comfort, gain and entertainment. Personal responsibility and character-building have almost disappeared.

Most people live their entire existence completely unaware of why things either “go right” or “go wrong.” They seem unable to grasp that what they do, or do not do, has a direct effect on their lives. Most do not recognize that for every cause there is an effect—or, conversely, for every effect there is a cause. Nor do they know that this is a law. Scientists recognize this in physics, but society is unaware that the same is true in life—that the law of cause and effect is no less immutable than any law of science.

Perhaps surprisingly, the Bible also teaches this principle. “As the bird by wandering, as the swallow by flying, so the curse causeless shall not come” (Prov. 26:2).

But what does this have to do with the debt problem? Where can people find solutions to end all their financial worries, along with answers to all of life’s problems?

The Bible, God’s Instruction Manual for mankind, contains many practical, helpful points about finances. God created laws to govern every aspect of His Creation, but most do not understand that these laws therefore govern every action in life. The law of cause and effect—where actions always bring reactions—applies to finances. There is a way—a direct path—to financial freedom.

But how can you receive this abundant life? It requires a decision.

God laid out this same decision to ancient Israel: “I call heaven and earth to record this day against you, that I have set before you life and death, blessing and cursing: therefore choose life, that both you and your seed may live” (Deut. 30:19).

Realize that God will not force anyone to follow His ways. Yet obeying Him leads to blessings and happiness—disobedience leads to misery and unhappiness.

Like the Israelites, many dismiss God’s warnings. They ignore the fact that by not following His commandments—including His financial laws—bad effects will come. Impulsive spending is the byproduct of a generation lacking in strength and character and is the cause behind why so many are now buried under a mountain of debt.

You do not have to become another statistic in the global financial meltdown. Choose to follow God’s fiscal laws and take the first steps to living an abundant, debt-free life!

Read the booklets Taking Charge of Your Finances and End All Your Financial Worries. They offer instruction from God’s Word, as well as practical, common-sense advice you can use. Also, watch The World to Come broadcast “World Economic Collapse! – And You!” 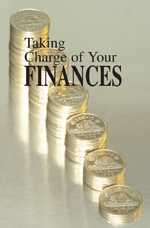