This website requires the use of Javascript to function correctly. Performance and usage will suffer if it remains disabled.
How to Enable Javascript
Sickness or Good Health: You Decide!

Sickness or Good Health: You Decide!

Millions find themselves sick and miserable. A close examination of the facts reveals that some choose to be unhealthy. What about you? 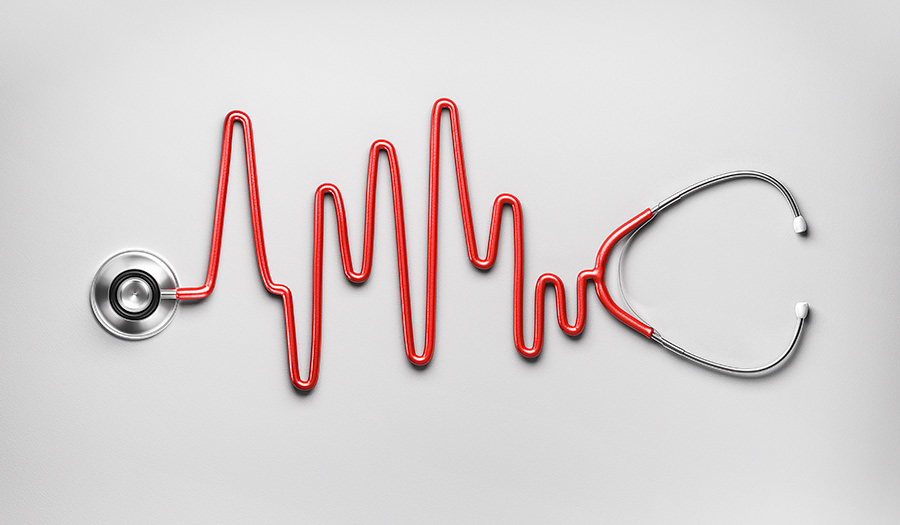 “Walk Off 30 Pounds in Eight Weeks”—“30 Simple Ways You Can Prevent Cancer”—“Foods that Fight the Flu!” All the information necessary to live a healthy life fills books, internet help sites and magazine articles, yet every year millions suffer from obesity, heart disease, cancer, diabetes, arthritis, influenza and other maladies.

When it comes to health, everything you do produces an effect—good or bad. It is that simple. Food choice, exercise, water consumption and sleep habits all have an effect.

Generally speaking, the human body is an incredible machine capable of taking a lot of abuse. But as one grows older, the abuse begins to catch up. Years of eating empty foods and a lack of activity eventually can cause obesity, disease, constant sickness, cancer, skin problems, sleep disorders, etc. These are all the effects of decisions you made.

Name something—anything—in your life that was not a direct result of a choice. Even choosing not to do something is a decision that produces an effect.

Generally, those who are cautious about decisions they make live full lives. They invest the appropriate amount of time to consider consequences that a decision could bring. These individuals “count the cost” of the actions they take (or do not take).

Then there are those on the other side of the fence who go through this process haphazardly, oblivious to the fact that what they do now will ultimately paint the picture of who they become. They drift aimlessly, allowing life’s circumstances to call the shots.

While some of these daily decisions are routine and minimally affect us, others have a lasting impact. One of these vital areas is health. Unless you are successful in managing this aspect of your life, almost nothing else matters.

Whether you realize it or not, you do make the choice of whether you will enjoy vibrant health or endure poor health.

The Western world’s overall state of health is disturbing. While many citizens of developing countries suffer from a lack of food and have little control over their well-being, those in wealthier nations have become negligent in managing their health. Millions of people are unhappy, overweight and constantly sick, with a lower quality of life compared to earlier generations.

A trip to the grocery store is revealing. Shoppers make one bad choice after another. Shopping carts are filled with “non-foods” loaded with sugar, grains that have been depleted and bleached, unhealthy fats, and over-processed foods full of chemicals and strange ingredients.

Never have there been so many health-related problems. In the United States alone, the aggregate cost of medical care in 2017 was $3.5 trillion. The U.S. offers the most advanced healthcare in the world, and people spend a staggering amount of money on their health. Yet they keep getting sick.

Again, why is this?

There are two opposing concepts of treating disease. The traditional concept of disease is not much different than voodoo. The only difference is that “evil spirits” have been replaced by evil germs, bacteria or viruses. The traditional concept is that disease unpredictably strikes unsuspecting victims—these are things that people “catch.” The job of the modern “medicine man” is to rescue the victim by killing or driving out the evil intruders (the germ or virus) with “magic” medical power from his arsenal of needles and prescriptions.

The newer biological concept takes exception to traditional symptomatic drug therapy in treating disease. It is based on irrefutable proof that invading bacteria or viruses are not the primary cause of disease. Rather, it is weakened resistance, brought about by health-destroying lifestyles. Bacteria enter the picture only in the later stages. They help terminate organisms lacking a strong defense against them. Strong immunity is common to all healthy organisms.

Scientists and biologists know that bacteria are always present in our environment, as well as in a dormant state in all organisms. These bacteria are almost invariably completely harmless when natural health and resistance are maintained. However, they will step in and destroy the host organism as soon as its vitality and resistance weaken or diminish.

When confronted with a health concern—such as heart disease or diabetes—many turn to doctors who prescribe the latest drug. When that does not work, they turn to television infomercials and internet advertisements that promise, “Lose 50 pounds in 50 days!” or “Watch the fat melt off while not making a single change to your diet!”

Sadly, millions have their hopes dashed after spending money on what turn out to be empty promises. An entire industry profits on the premise that people do not want to change their lifestyles, but prefer a supposed quick-fix miracle solution.

Despite this, you must understand there are no shortcuts.

People are puzzled as to why they have no energy and are frequently sick. The greater tragedy is that ill health becomes normal to them.

The fact is, many choose to be in this condition. They choose to eat in an irresponsible way. They choose to be overweight and not exercise. They choose to suffer health problems that tax their internal organs and systems—respiratory, circulatory, digestive and many other interrelated systems that were “fearfully and wonderfully made” (Psa. 139:14) to keep you healthy, active and alive.

However, due to neglect, ignorance or just plain laziness, time takes its toll. As the saying goes, the time comes to “pay the piper.” Eventually, the body breaks down and is no longer capable of functioning as it was designed. The result is sickness—cancer, stroke, heart disease, diabetes—along with a myriad of other illnesses.

A quote from our article “What You Need to Know About Fasting” helps explain the true cause of poor health.

“Illness results from some kind of physical sin. God made the human body; therefore, He knows what is good for it. God created laws of health that yield blessings when obeyed. If broken, they bring curses—illness, sickness, disease. All too often, mankind violates these perfect laws—just like it rejects God’s spiritual laws. People often eat too much of one kind of food and not enough of another; or we eat the wrong food altogether. Breaking God’s dietary laws results in illness.”

There Is a Way Out!

No matter how bad the physical condition in which you may find yourself, it is never too late to do something about it. You are capable of improving your life and experiencing the great joy that God desires for you. He wants those who follow Him to prosper and be healthy (III John 2).

You can start heading toward a healthier lifestyle. There is hope!

The Bible provides guidelines that will lead to better health. For most people, this is a stunning statement. But the solution to overcoming poor health is available if you choose.

It takes courage to change course, especially if you have made poor health decisions your entire life. You should (1) accept the fact that you have been “doing it wrong” and commit to change, (2) understand there is a way out, (3) turn to the source of right knowledge—God’s Word—to learn how to make wise decisions, and (4) change!

If all this seems too daunting, start with one or two small changes and build from there.

Read our booklet God’s Principles of Healthful Living and David C. Pack’s thorough booklet The Truth About Healing to learn how you can live a vibrant and prosperous life from this day forward.