This website requires the use of Javascript to function correctly. Performance and usage will suffer if it remains disabled.
How to Enable Javascript
The Hidden Law of Sleep – Why It Is Vital to Your Existence

The Hidden Law of Sleep

Why It Is Vital to Your Existence

Everyone needs sleep—but why? How much does getting a good-night’s rest affect your day? And what happens if your body goes without it? 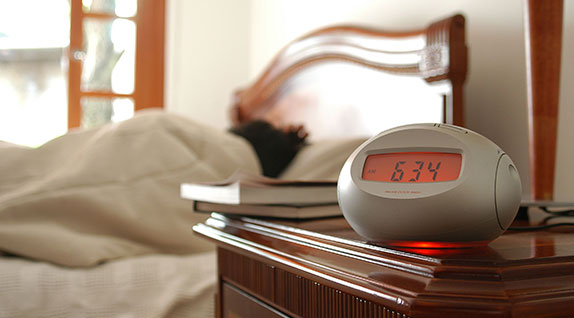 A blaring alarm is the first sound you hear in the morning. Grogginess brings back memories of the restless night before. You bat at the alarm clock, hoping to hit the snooze button and snatch a few more minutes of sleep.

The alarm sounds again. “I have to wake up,” you tell yourself. With only five hours of sleep, you face a packed day and busy schedule.

Most in the West, especially Americans, wake up exhausted, with the day seeming to begin far too early. The daily pressures of home, family, work and finances weigh on them. A never-ending list of tasks vies for people’s attention, tempting them to stay up a little later at night.

However, these lost hours of rest are more vital than most realize.

Sleep experts once thought that five to six hours of slumber each night was enough to maintain a healthy lifestyle. However, based on new scientific measurements of the human body, they have adjusted these figures to seven to eight hours. Yet an estimated 40 percent of America’s population averages less than seven hours per night, which experts classify as “mildly sleep deprived.”

William Dement, a pioneer of sleep research, found that there is a correlation between sleep and health. “In maintaining good health, sleep may be more critical than diet, exercise, even heredity,” he said.

Most do not realize that laws and principles govern our health, including the principle of getting sufficient sleep each day. Practicing the rules governing sleep will yield tremendous benefits, such as better job performance, mental clarity, and a greater capacity to manage stress.

The most famous manmade catastrophes of the last few decades evidence the serious consequences that can result from sleep deprivation.

Consider the tragedy of the Challenger spacecraft in 1986. One of the primary causes of this explosion was a technical detail overlooked by NASA managers. The engineers, who worked tirelessly on the project, slept for two hours the night before the launch. Experts attribute their impaired judgment to a critical loss of sleep, which doomed the mission to disaster.

Another example is the crash of the Exxon Valdez oil tanker in Alaska in 1989. While many connect the cause of the crash to alcohol, those manning the ship were also severely sleep-deprived. The steering shipmate had only slept six hours in two days! His severely impaired judgment caused him to err, resulting in one of the largest environmental disasters of all time. Thousands of animals died and over 11 square miles of ocean were contaminated with crude oil.

While missing a few hours of sleep here and there seems to only have the effect of making one a little drowsy, a study by David Dinges at the University of Pennsylvania proved otherwise. He found that people are notoriously bad judges of their own mental abilities. Subjects who slept six hours per night over two weeks claimed to be only slightly sleepy.

After impartial testing, however, he found that the cognitive alertness and attention spans of most subjects were equal to missing two full nights of sleep.

Although this may not seem significant, researchers compare sleep loss to the cumulative effects of alcoholic drinks. A study by the School of Psychology at the University of New South Wales measured cognitive abilities, memory and motor skills after sleep deprivation. Researchers found that those who regularly missed sleep became comparatively “intoxicated.”

Given this, science writer Jennifer Ackerman concluded that the day after someone sleeps only six hours, he or she will operate with the mental and physical effects of drinking two or three bottles of beer.

Further, Ms. Ackerman considers four hours of sleep equivalent to five bottles and an entire night of missed sleep equal to drinking 10 bottles of beer. Imagine the effects of trying to spend an entire day at work intoxicated!

Since the often-disconnected wooziness that occurs when one is inebriated does not always accompany sleep loss, most people assume that they can deal with a little tiredness. But the cumulative effects of mild sleep deprivation also cause what are known as “microsleeps.” This is a span of three to 10 seconds where sleep pushes through consciousness, causing an immediate distraction or lapse in consciousness. Those who seem to “fade out” for several moments sometimes mistake this as a common, natural occurrence.

Yet inadequate rest can have much more dire consequences. The National Highway Traffic Safety Administration found that this time frame is just enough to veer hundreds of feet off an interstate. Every year in the United States, there are over 1,000 fatalities because of drowsy driving.

In addition, it has been found that sleep loss is directly tied to obesity. With only four hours of sleep, the body has difficulty regulating blood sugar. To compensate for the energy loss, the body releases hormones telling it to eat to make up for the lack of energy. This is done by reducing leptin in the blood (the hormone triggering satisfaction after a meal) and increasing the amount of ghrelin (the hormone triggering hunger).

The end-result is a strong craving for heavier carbohydrates, even though the body does not need the calories. At its peak, this hunger resembles a 1,000 calorie deficit in a person’s diet. Most of these unnecessary calories are then stored directly as body fat—resulting in significant weight gain over time.

Picture a typical day. Between working late at the office and the long commute home, you arrive at home well after 9:00 p.m. But walking through the front door does not mean your day is over: there is cooking, cleaning and paying bills. By the time your head hits the pillow, it is well after midnight; morning is only a few hours away. The minutes tick off the clock as you gradually drift to sleep.

In the scientific world, it was once assumed that the shift from being awake to falling asleep was gradual, leading to reduced brain activity. But research now reveals otherwise.

A scientist at the University of California in Los Angeles found that once a person falls asleep, the brain actually continues activity.

This nocturnal process accounts for the varied shifts in brain activity throughout the night, resulting in changes in body temperature, chemistry and sensory activities.

Have you ever woken up and had a “eureka” moment? Perhaps, thunderstruck, you realize after regaining consciousness that there is a much simpler way to perform a physical task, which makes you wonder why you never saw it that way before.

Ullrich Wagner, a researcher at the University of Lubeck in Germany, found that during sleep, the brain interprets, reorganizes and restructures information received during the day. He presented evidence that suggests our brains determine solutions to complex problems during sleep, which we realize only after we awake.

In Mr. Wagner’s experiment, sleep was crucial to problem solving. He showed patients a complex series of numbers that they needed to use to solve several numerical problems. However, there was a hidden solution only found by combining these numbers in specific sequence. Mr. Wagner found that 60 percent of patients who slept before attempting to solve the problem found the answer—over twice the number of those who did not sleep before answering.

According to the study, sleep allowed patients to rearrange the numerical information and they could more easily find the solution when awake. 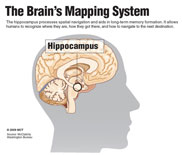 Several other studies have found that there are 20 percent increases in visual and motor speeds after sleep. The hippocampus, which is a part of the brain responsible for learning motor skills, is also active during the REM phase of sleep. Scientists attribute this activity to the brain performing a type of “instant replay,” in which it internalizes the learned skill then determines the most efficient way for your body to perform the action.

Thus, the common phrase “Let me sleep on it” is more rooted in science than most people believe. When you rise, you truly see the learned skill in a new light. Your brain effectively hardwires it into your consciousness, which results in the ability to perform a task much more efficiently the next morning.

Laws and Principles of Health and Wellness

All people desire to live an abundant, peaceful and productive life. God desires this for His creation. He inspired the apostle John to write, “Beloved, I wish above all things that you may prosper and be in health, even as your soul prospers” (III John 2).

As the Creator and Lawgiver, God put in place physical laws—gravity, velocity, inertia and others—to govern and sustain the universe. Yet few recognize that the Bible has much to say about the laws and principles God has set in place to benefit man, whom He made “in [His] image” and “likeness” (Gen. 1:26-27).

For instance, God created the essential nutrients in the soil for humanity’s well-being. He determined which meats human beings should consume and which kinds they should avoid.

Through the apostle Paul, God gave principles regarding eating, drinking and living life in moderation. He also stated that “bodily exercise profits [for a] little [season]” (I Tim. 4:8).

The Supreme Lawgiver also established statutes regarding sanitation (human waste, contagious diseases, etc.). During the Black Plague, it was these laws that kept the pandemic from decimating Jewish populations in Europe.

There is also a commandment that, if obeyed, is designed to rejuvenate us each week. God commands us, “Six days you shall labor, and do all your work: but the seventh day is the Sabbath of the Lord your God: in it you shall not do any work…” (Deut. 5:13-14).

Jesus Christ said the “Sabbath was made for man, and not man for the Sabbath” (Mark 2:27). God commands us to “sanctify it” (Deut. 5:12)—“keep it holy” (Ex. 20:8)—that is, set apart the seventh day of the week by resting on that day, and refraining from work and the normal pursuits reserved for Sunday through Friday.

Even farmland is to receive a “Sabbath” every seventh year, ensuring that the soil retains vital nutrients necessary to grow healthy crops and stave off potential droughts.

Likewise, to “prosper and be in health” as God intended, we must be willing to recognize the laws and principles that govern our lives.

Sleep is just one of these laws. If practiced, it will keep you refreshed, rebuild your body and mind, and help you prepare for anything you encounter during waking hours. It affects your cognitive responses and the body’s ability to carry out normal biological processes. To disregard this law brings consequences. Learn more by reading God’s Principles of Healthful Living.

Our Maker did not intend His creation to suffer an ongoing cycle of sleeplessness and exhaustion. He designed us to enjoy each day living a truly peaceful, rested and thrilling life!