This website requires the use of Javascript to function correctly. Performance and usage will suffer if it remains disabled.
How to Enable Javascript
“Days of Adversity”: What Unprecedented Wealth Reveals About a Nation’s Character

“Days of Adversity”: What Unprecedented Wealth Reveals About a Nation’s Character

By Ryan P. Denee and Bruce A. Ritter

The United States has enjoyed decades of grand prosperity and world preeminence—yet for how long? 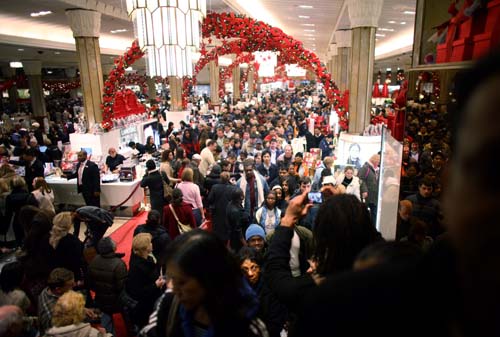 Yana Paskova/Getty Images
Black Friday: Shoppers hunt for bargains at Macy’s in New York City. The day after Thanksgiving, often referred to as “Black Friday,” was viewed as an indicator of 2008’s holiday shopping season and the possible demise of retailers on the brink.

What if it were here—the greatest financial catastrophe to dwarf all depressions? An unlikely scenario? Why?

The United States has enjoyed decades of grand prosperity and world preeminence. Countless waves of immigrants have come to America from the lowest rung of the economic ladder. Yet, through hard work, perseverance and resolve, many have attained middle-class status or above. Despite its share of problems, the nation remains the “land of opportunity.”

Yet for how long? No one—not Wall Street brokers, Washington insiders, captains of industry or news pundits—knows for certain what lies in America’s economic future. In years past, the nation has survived crisis after crisis, but somehow managed to bounce back.

Even so, this cannot continue forever. Sooner or later, something must give, something must bend. The U.S. cannot remain the world’s superpower forever. There will come a day when the international community will realize that the U.S. is no longer a significant player on the global stage.

How will this great nation end? Will it simply fade away, slowly dying a prolonged but inevitable death? Or will that day arrive with a sudden crash, an abrupt and astonishing end?

The U.S., along with the rest of the world, is in the grips of a great financial crisis. In fact, it has been in full swing for nearly a year. Yet items that should be “wants” are still considered “needs.”

The National Retail Federation, an industry group in Washington, D.C., reported that the most popular goods during the Christmas season were flat-screen televisions, GPS systems, video game systems, Blu-Ray players and cashmere sweaters.

Being jobless does little to curb the national appetite for acquiring unnecessary goods. After being laid off from his office position, one consumer “just needed” to take advantage of a $500-dollar discount and buy a big-screen TV.

Even loss of life is not much of a deterrent to unbridled greed. On “Black Friday” 2008, the day after Thanksgiving, a long line of impatient shoppers in Long Island, N.Y., stood in the wee hours of the morning waiting for a Wal-Mart to open. They pushed and shoved, and pressed upon the glass doors. A lone employee unlocked the store to the public, intending to maintain control. Moments later, the man was dead—trampled to death by people more concerned with finding the best bargains than with the loss of a human life.

The story does not end there. According to police reports, consumers were actually angry when the store closed because of the employee’s death. And after the news spread on the Internet, blog writers and commentators blamed Wal-Mart! In their eyes, the store was to blame for hyping sales and over-effective marketing. The employee was in the wrong place at the wrong time, the reasoning went.

King Solomon, the wisest and richest man who ever lived, made a telling statement: “In the day of prosperity be joyful, but in the day of adversity consider” (Ecc. 7:14).

We live in turbulent times. Many sources say this is only the beginning of greater financial hardships ahead. Few, it seems, stop and consider.

In 1999, a large bank launched a marketing campaign called “Live Richly.” Its goal was to get consumers to change their attitudes about money, persuading them to tap into their home equity and use it to live life a little better. Over the years, billions of dollars were spent to re-engineer the common-sense thinking of the consumer to consider it “okay” to tap into what was once used as a last resort.

Not surprisingly, these types of loans are 25–50% more lucrative than typical consumer loans. Banks benefited greatly by the new source of revenue, as home equity loans grew from $1 billion in the early 1980s to more than $1 trillion today. This gave consumers more spending power.

However, as more fell behind in payments, many homeowners faced losing their homes.

Driven by the pressure to increase profits, the financial sector consciously used ubiquitous advertisements to change consumer attitudes toward accumulating debt. They fueled the perception that there would always be credit and money available to pay the bills. The average citizen has been rewired to spend, no longer knowing how to pull back and save.

Virtually no one wants to change and reduce his or her standard of living.

Sick From Head to Toe

The United States (as well as Western counterparts Canada, the United Kingdom, Australia and others) is a nation of luxuries and manifold conveniences, a land of gourmet coffee sold on every street corner, a sea of “rights” to accommodate every citizen’s desire, passion and persuasion. We have the “right” to employment, the “right” to healthcare, etc.

In 1961, President John F. Kennedy said, “And so, my fellow Americans: Ask not what your country can do for you—ask what you can do for your country.” Today, preoccupied with acquiring more rights at every opportunity and seeing who can “die with the most toys,” a spoiled people asks, “What’s in it for me?”

We can see it in religion. Televangelists, religionists and the like preach a popular “feel good” message about what God can do for you, promising He will “accept you just as you are.”

We can see it in government bailouts. Corporate executives “plead poverty” to congressional lawmakers. But after receiving funds to stave off economic disaster, they reward themselves with “golden parachutes” and bonus packages.

We can see it in television and films. Make-believe characters plan their lives around “Where’s the next party?”—“What new person can I sleep with tonight?” Hollywood entertainment reflects the American people’s deteriorating values, what they want and are willing to get—by any means necessary.

We can also see it in how we spend our money. Few homes lack two or more televisions, microwaves and stereo systems. Even computers are becoming a staple of the American home. These and other wants, now considered needs, are not enough for most consumers. They want more. They “need” more. They have the “right” to get more.

No wonder the Westernized, “me too” mindset—epitomized by the U.S., Britain and its sister nations—is valueless, spiritually corrupt from head to toe. Through the prophet Isaiah, God described the modern landscape of the West’s spiritual condition: “The whole head is sick, and the whole heart faint. From the sole of the foot even unto the head there is no soundness in it; but wounds, and bruises, and putrifying sores: they have not been closed, neither bound up, neither mollified with ointment” (Isa. 1:5-6).

From political leaders to corporate officers to financial gurus to the man on the street, all have been infected by a common “virus”—greed.

Examining the Holy Bible to gain insight into today’s problems is unpopular. People would rather turn to the latest self-help book than study divinely inspired words of true knowledge, wisdom, instruction—and grave warning—found nowhere else. But there are those who desire to be armed with understanding that others choose to reject. If this describes you, read on.

First, the age will soon witness unprecedented wealth and prosperity. Scripture paints a prophetic picture of fleets of merchant ships trading in “merchandise of gold, and silver, and precious stones, and of pearls, and fine linen, and purple, and silk, and scarlet, and all thyine wood, and all manner vessels of ivory, and all manner vessels of most precious wood, and of brass, and iron, and marble, and cinnamon, and odors, and ointments, and frankincense, and wine, and oil, and fine flour, and wheat, and beasts, and sheep, and horses, and chariots” (Rev. 18:12-13).

Now for the bad news. The nations and territories of the American and British peoples will not get to enjoy this wealth. Instead, a new superpower—a revitalized and reconstituted Europe—will arise and will bring about the former’s sudden demise. Read our book America and Britain in Prophecy to learn more.

Next, even worse news. Every nation, territory and dependency, from global powerhouse to insignificant, will experience unheard of worldwide economic disaster—a maelstrom that will make today’s financial crisis seem like a gentle ripple across a puddle.

But ultimately, there is the greatest news of all.

No more greed, from government and corporate leaders to the individual citizen. No more pursuing after wealth and abundance at all costs. No more debt or abject poverty. A new government will replace all manmade governments, replacing the laws of men with perfect laws that benefit everyone.

That government is the kingdom of God. Its laws—based on wisdom and outgoing concern for others—will guide and protect every walk of life, including anything related to managing money. Never again will man see mass layoffs, bankruptcies, government bailouts, soup lines, homeless shelters, and other symptoms of a way of life contrary to God’s laws governing the proper management of money. 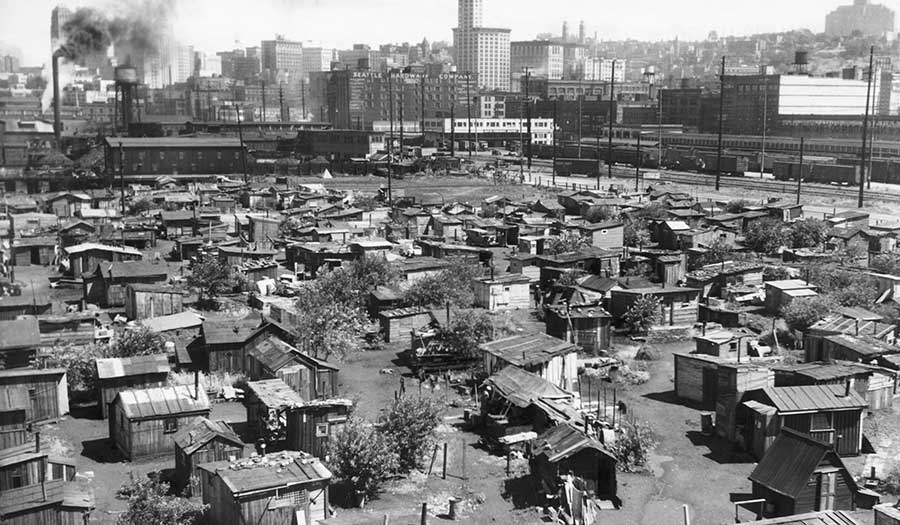