This website requires the use of Javascript to function correctly. Performance and usage will suffer if it remains disabled.
How to Enable Javascript
The Year in Review: Lessons from 2008

The Year in Review: Lessons from 2008

Another year passes and a new one takes its place, bringing us deeper into the 21st century. So what have we learned? 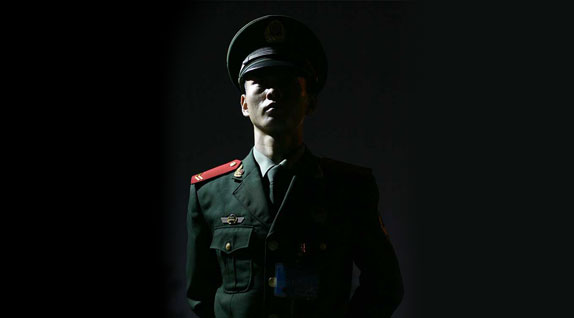 2008 was the year of nations assuming greater roles on the international stage of influence and prestige, as America continues its downhill slide.

Take Russia, for instance. On August 8, it sent troops into Georgia, a former Soviet satellite nation, capturing territory and crippling the Georgian military. Meantime, the European Union and the United States could do nothing other than issue strong statements.

Yet Russia’s quick and decisive clash with Georgia was in itself a strong statement. To Europe: We control the oil flowing into the continent; do not oppose our national interests. To other former Soviet satellite nations: We will not tolerate unrest on our borders. To the rest of the world: We will take matters into our own hands, when necessary.

Until the recent global financial crisis, the Russian markets boomed. The nation now has more billionaires than any country other than the U.S. Russia’s state-owned oil monopoly, Gazprom, controls the flow of oil into Europe. Its national leaders, Prime Minister Vladimir Putin and President Dmitry Medvedev, are highly popular among the Russian citizens, despite fears of the democratic Russian Federal returning to totalitarianism. Largely in response to Washington’s determination to station U.S. missiles in NATO nations bordering Russia, Moscow is building strong ties with national leaders in America’s backyard, regional players such as Cuba and Venezuela who openly oppose U.S. interests. In a move analysts and government leaders view as a thumb-to-the-nose gesture to Washington, Moscow deployed its fleet to South America to conduct naval exercises, where it received a more-than-warm reception from outspoken Venezuelan President Hugo Chavez.

Dimitar Dilkoff/AFP/Getty Images
Russian troops on the march: A Russian soldier shows a V-sign as his tank leaves a checkpoint on the Gori-Tbilisi road near the village of Khurvaleti, on their way toward Tskhinvali, the South Ossetian capital (Aug. 22, 2008).

All this begs the question: What will the Russian bear do when—not if—America is no longer the world’s lone superpower?

Elsewhere, another emerging world power is China, which has produced fiscal success in a strange, polar opposite mixture of communism and capitalism. Having labored to change its image and improve relations with neighboring countries, China plays a tremendous role in Asia (including strengthening its ties with Taiwan), Africa and beyond. It is far easier for the typical U.S. shopper to see “Made in China” labels than “Made in the USA.”

Beijing cemented a grand, long-lasting impression before an international audience when the Chinese capital hosted the 2008 Summer Olympics.

The developing nation of just a generation or two ago, where daily traffic was comprised of an endless sea of commuters riding bicycles instead of cars, is gone, replaced with a fast-rising economic counterweight to the United States. China’s success has proven that a nation need not follow America’s lead in embracing democracy—of “one man, one vote”—to achieve national prosperity.

And let’s not forget India. Though it still grapples with illiteracy, a stringent caste tradition, extreme poverty and other problems, India has taken moves to ensure a brighter future: pursuing peaceful ties with Pakistan—benefiting from U.S. businesses outsourcing American jobs—sending spacecraft to the moon and planting the Indian flag on the lunar surface.

We must ask: What leading international roles will China, Russia and India play once global markets no longer “catch a cold” whenever the U.S. economy “sneezes”?…

It was also the year of failing governments void of lasting solutions: economies on the brink of collapse; empty store shelves; clashes with rebel troops; the poor going without; the wealthy accumulating far more than they need.

Months have passed since Kenya’s presidential elections, yet opposing sides contested the results, and bloodshed ensued among the masses. While both candidates have finally agreed to work together and share power, each side is concerned with how much power the other will gain.

Zimbabwe suffers from runaway inflation and the scarcity of vital goods, foodstuffs and other necessary supplies. Decades ago, Zimbabwe was held as a beacon of hope; with the removal of colonial masters and a new government in place, prosperity and justice for all was in reach. Yet it has been a hope unfulfilled.

Elsewhere, Thailand, Myanmar (Burma) and Pakistan have recently had governments in which the military held the reigns.

Since the Tower of Babel, governments from dictatorships to democracies become crippled with the four basic components of human nature: pride, vanity, greed and lust. Unless man’s nature changes, the problems that plague nations will always exist…

Peter Macdiarmid/Getty Images
A girl carries flowers in tribute of a school girl who was murdered.

2008 was the year of disregard for law, morality and the value of life, of the strong preying upon the weak, of wanton violence and thievery both within and among nations.

In a land once known for civility, duty and protocol, of drinking afternoon tea and exhibiting bulldog resolve, Britain’s teenagers murder one another. A 15-year-old boy is stabbed the moment he opens the front door of his home. A 14-year-old girl is pummeled to death by a gang of hooligans who think nothing of ending a life. The world would expect this from the United States, home of drive-by shootings, domestic killings and school massacres—but youth murdering youth in Britain?

But what do the escalating murder rate of British youth and piracy have in common? The unleashed desire to get, to control, to seize power at all costs.

The Bible points to the heart of all crimes, small and great: “From whence come wars and fightings among you? Come they not hence, even of your lusts that war in your members? You lust, and have not: you kill, and desire to have, and cannot obtain: you fight and war, yet you have not, because you ask not. You ask, and receive not, because you ask amiss, that you may consume it upon your lusts” (James 4:1-3).

Jesus Christ foretold of a day when “iniquity [lawlessness] shall abound [because] the love of many shall wax cold” (Matt. 24:12). That time is now…

Tolga Adanali/Abaca Press/MCT
In search of solutions: World leaders meet during the “Summit on Financial Markets and the World Economy” at the National Building Museum in Washington, D.C. (Nov. 15, 2008).

Of course, 2008 was also the year of global financial crisis, leaving many wondering about the future. Housing foreclosures—the collapse of financial institutions—government bailouts—falling world markets—sluggish economies—what’s next? Many wonder, “Are we at the threshold of another Great Depression?”

While experts and analysts strive for answers to repair the physical effects, all ignore the root cause: pride, vanity, lust and greed. Lust led people to buy homes they could not afford, and greed motivated banks to provide them mortgages. Government leaders, swayed by vanity to believe they knew what was best for society, pressured banks into providing mortgages for those who had neither the credit nor the funds to provide a sizeable down payment toward buying property. And, when the financial bubble finally burst, pride kept these same leaders from accepting personal responsibility.

Perhaps our article “The Global Credit Crunch! – How You Can Protect Yourself” stated it best: “There is a cause for every effect. The scales tipped when the first set of interest rate increases (resets) kicked in. Around the same time, house prices fell slightly, resulting from the glut in the market. Suddenly, millions of homeowners were faced with much higher mortgage payments they could not pay. Loan delinquencies soared. Repossessions of homes skyrocketed. Investors backed away from risky bonds. Stuck with loans they could not sell, banks began to fail.

“The financial carnage has been sobering. Great names from the past—Bear Stearns, Countrywide Financial and now Lehman Brothers—no longer exist.

“The International Monetary Fund (IMF) estimated that losses by U.S. banks could reach as high as $1 trillion; some industry experts believe this number could even reach as high as $2 trillion. Since the beginning of 2008, over ten U.S. banks have gone bankrupt, and it is believed that number could exceed 100 financial institutions within the next 12 months (Daily Telegraph). Famous investor Wilbur Ross has placed the figure at 1,000 (Reuters)!

“A grim scenario is rapidly unfolding, a financial catastrophe of epic proportions. Millions of people in Europe, the United States and the rest of the world will likely lose their homes, jobs and savings. This could include you!”

No one knows what will be the outcome of the global credit crunch, but one thing is certain: Until man’s nature changes, we can expect worse things to come…

Throughout his long, grueling, yet ultimately successful, campaign, Barack Obama repeatedly delivered a message of unity, hope and determination, and addressed accusations of being a “hope-monger” full of “blind optimism,” of speaking “eloquent but empty” words.

He told voters, “Change only happens because of you. So this campaign is about you. About your dreams, your hopes, your courage, your readiness for change.”

Mr. Obama freely expressed his desire to change America’s tarnished global image, beginning with pulling U.S. troops from Iraq as soon as possible, and “sitting down with” enemies of the United States.

After 20 years of Bush-Clinton-Bush presidencies, a majority of American citizens voted for something new, different—“change.”

Now that he has decisively won the election, the inspirational messages of “hope” and “change” have brought not just the eyes of the nation, but also Europe and the rest of the world to fall upon President-elect Obama.

Will they expect the new president to heal the problems of America and the world—addressing not just the effects, but also the root causes, which are ultimately spiritual in nature? Will they expect him to turn back the growing tide of lawlessness and bring order, unity and peace to governments in turmoil?

Such towering expectations are unfair of any human being, but they are longed for nonetheless.