This website requires the use of Javascript to function correctly. Performance and usage will suffer if it remains disabled.
How to Enable Javascript
Children’s Health Worldwide – Can Man Solve the Crises Facing the Next Generation?

Can Man Solve the Crises Facing the Next Generation? 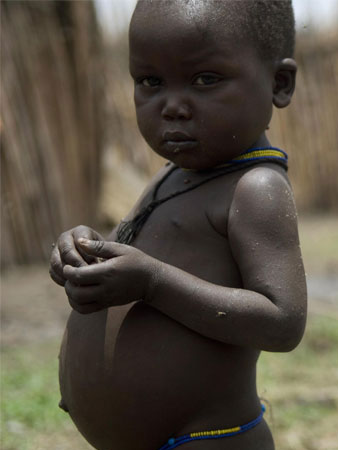 With the world’s population nearing 7 billion people, an estimated 2.2 billion are children. But in a world on the brink of collapse, youth have been horribly neglected. In both the First and Third worlds, many of the most important needs, such as health, are nonexistent. As their custodians, parents, leaders and society-at-large have failed to keep children safe and ensure they are equipped to face the future.

Of the billions affected by worldwide turmoil, children suffer the most. The end of World War II ushered in the era of fierce competition between nations, resulting in an increase in the pace of living, as foretold in the Bible: “The time of the end: many shall run to and fro, and knowledge shall be increased” (Dan. 12:4). In the developed world, the first thing that collapsed was the glue that kept the society together: the family unit. Adultery, divorce and wanton promiscuity, among other factors, began to break up families, leaving children forced to deal with the stresses of growing up in broken homes, many led by single parents.

Meanwhile, the Third World was left behind in the post-war competition of mass consumerism, greed and “keeping up with the Joneses” at virtually any cost, resulting in irreparable damage to these societies.

In these two worlds separated by culture, religion and race, children face the greatest hardships. It is time to peek behind the veil and take a look at the real issues facing almost a third of the global population. By doing this, we are faced with the reality of a holocaust battering today’s children.

MCT
Malnutrition: A child sleeps with flies covering his face on the floor of the family home in Beit Layha on the outskirts of Gaza City.

Children on every continent are exploited at the cost of ongoing “progress.” As labor costs soar, the abuse of cheap child labor increases. The United Nations Children Fund (UNICEF) reports that 20% of the world’s children labor as part of national workforces, depriving them of a sound education. And due to severe working conditions, many are sick and will not live beyond their teens.

With 1.2 billion people in developing countries living in abject poverty, half are children. In their societies, “survival of the fittest” takes precedence over caring for the young. Take for example disease epidemics. UNICEF reported that more than 30,000 youth under the age of five die each day due to preventable diseases, and that about half of all child deaths result from malnutrition.

Malaria infects 500 million people per year, resulting in about 3 million deaths worldwide. The UN reports that of those who die of malaria, 3,000 per day are children.

The AIDS epidemic is spinning out of control, with more than 50 million orphans (whose parents died from the disease) living in Sub-Saharan Africa alone. An estimated 8,500 children are infected with the disease daily—yet this is only the tip of the iceberg.

Westernized nations are plagued by an onslaught of alcohol abuse, and illegal drug use is escalating among teens. The misuse of prescription drugs by youth has increased in the past decades, with the United States and Britain leading the way. 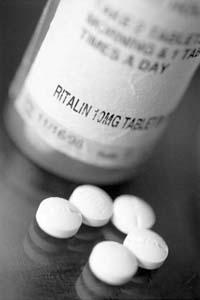 MCT
Overmedicated: The U.S. Centers for Disease Control and Prevention reported that doctors’ visits where Ritalin or its generic form was prescribed, increased from 1.9 million in 1993 to 3.2 million in 2005.

Increasing stress levels, abnormal eating habits, and a chemically-altered—yet nutritionally deficient—diet are resulting in more and more children becoming ill. Many are being diagnosed with syndromes such as Obsessive Compulsive Disorder and Attention Deficit Hyperactivity Disorder (ADHD), along with Type-2 diabetes. It is estimated that 2.5% of U.S. children under age 18 suffer from severe depression, and that drugs such as Prozac are being prescribed to children as young as three! In other instances, the drug Ritalin is used to calm children affected by ADHD.

Children in the First World are unable to cope with the stresses of modern life. They are given medication and labeled as suffering from some type of condition.

Medical journals report that today’s fast-paced world of instant gratification has severely affected the way food crops are cultivated, depriving human beings of much-needed nutrients. A new generation of children is emerging with an immune system resembling that of a lab mouse—minimal, weak and susceptible to future pandemics lurking beyond the horizon.

U.S. food advertising campaigns center on influencing people to believe that a diet consisting of sugar, fat and added chemicals is normal. One need not consult a doctor—common sense should tell us that following this type of diet from birth will lead to major complications later in life. But then, common sense is not so common anymore!

Over time, society has been conditioned to accept non-foods and non-nutritional eating habits as corporations pursue a bigger “bottom line.”

In an age when it has become increasingly difficult to keep up with demands, time has become the deciding factor. When it comes to feeding their families, parents—choosing convenience over health—provide junk food rather than taking time to provide good nutrition such as fresh fruits and vegetables, unprocessed meats, and whole grains. Teens and younger across the planet are living far below their potential due to incorrect diets.

The material blessings of Britain, the U.S. and other sister nations have been abused, turned into national curses. The crumbling of the family institution has led to young minds no longer being shielded from the unending pursuit of carnal appetites. As a result, sexually transmitted diseases are also widespread among teens.

In Africa, Asia and South America the problem is the opposite. Throughout Africa, wars rage that make it difficult to cultivate crops in many countries; people are left to scrounge for whatever they can find to eat.

Throughout the Third World, it is reported that 300,000 children are serving as soldiers in armed conflicts, which are mostly waged for food and natural resources. Many spend their lives hiding in the bush to escape conflict or have been displaced and are living on the street, sometimes performing sexual favors in exchange for food.

How will their childhood experiences affect their future and that of their countries and societies?

In Sub-Saharan Africa, 30-50% of those under the age of five weigh less than 80% of the standard weight for age! UN food programs supporting these starving nations can only provide what is needed to exist—they cannot deal with nutritional issues. A human tragedy affecting millions.

Natural disasters have compounded the problems. In the past year, cyclones, earthquakes, fires and adverse weather conditions have sped up the depletion of many of the world’s food reserves. As conditions become worse, more children face lack of care, and starvation.

From Physical to Virtual

MCT
Struggling with obesity: A 10-year-old girl, right, checks the scale during her weekly weigh-in with the executive director of the Austin Foundation, which promotes fitness in Seattle’s Central District, in Washington.

Many millions of children have been left behind in the scramble to survive these difficult times. Due to the neglect of education and strong values, the only examples children of the West witness are that of a broken society. To them the future (along with planning for it) has lost its reality. They have lost their drive to live productive lives. They have become inactive.

Through technology, children are finding new ways to escape. Leisure has changed from being active outside the house, and taking part in physical projects, to virtual worlds of television, computers and chat rooms. They live in an electronic dreamworld built on artificial experiences, from virtual wars to driving a Ferrari.

The Western nations that have experienced blessing upon blessing for hundreds of years are on the brink of collapse. Their young suffer due to the abuse of these blessings, to the point where new epidemics emerging.

Obesity in the United States affects 13% of children ages 6-11 and 14% in age group 12-19—resulting in diabetes, heart diseases and other illnesses, the effects of which will be fully realized in the years to come.

Being extremely overweight takes years off one’s life. With 300 million people affected worldwide, we are entering an era when parents could outlive their children.

With all that man is trying to do to alleviate the plight of the poor and the starving, he remains unsuccessful. Images of a mother feeding her child—which looks more like a skeleton than a living being—are still being displayed around the world, via television, news media and the Internet. No matter how hard the UN and other institutions try, they cannot rid the world of these images.

The Millennium Development Goals, set by the UN to combat these problems, will not be achieved by 2015 as planned: (1) Eradicate extreme poverty and hunger; (2) achieve universal primary education; (3) promote gender equality and empower women; (4) reduce child mortality; (5) improve maternal health; (6) combat HIV/AIDS, malaria and other diseases; (7) ensure environmental sustainability; and (8) develop a global partnership for development.

Science has been unable to provide the answer.

Secular and religious organizations, with their roots in worldly institutions and traditions, cannot agree on a course of action. They believe they can repair the damage through charities and “Live Aid” concerts.

Governments and institutions, in an attempt to address problems, have made them worse.

As problems continue to mount, the solution does not lay with human reasoning.

The answers to the immense problems threatening all life are found in the pages of the Bible. Long before mankind’s troubles developed, the living God foretold through His servants what would be the result of man’s own doings: “There is a way which seems right unto a man, but the end thereof are the ways of death” (Prov. 14:12). Sadly, children suffer because of the poor choices made by adults.

Proverbs 22:6 states, “Train up a child in the way he should go: and when he is old, he will not depart from it.” But with so many parents, educators and governments ignorant of how to rear and provide the moral, ethical and spiritual needs of our children, how can human beings apply this verse—especially in an age when few agree on what is the “way he should go”?

God’s Word gives the answer: “And the spirit of the Lord shall rest upon him, the spirit of wisdom and understanding, the spirit of counsel and might, the spirit of knowledge and of the fear of the Lord” (Isa. 11:2). Upon Jesus Christ’s triumphant Return, He will establish a world-ruling supergovernment that will teach all nations how to live—how to reap the countless benefits of obeying God’s Law.