This website requires the use of Javascript to function correctly. Performance and usage will suffer if it remains disabled.
How to Enable Javascript
Sign of the Times?

What did Jesus Christ say about natural disasters—such as Cyclone Nargis in Myanmar and China’s May 12 earthquake—and other prophetic trends and conditions at “the end of the age”?

As natural disasters increase and world events spiral out of control, man still believes he can solve all the world’s problems. Humanity refuses to accept that its attempts to rectify the world’s ailments through committees, councils and resolutions are failing and that the end result will be disastrous.

In May 2008, for example, two major disasters struck Asia, resulting in many outside nations rushing to alleviate the plight of millions.

The first occurred in Myanmar, where Cyclone Nargis caused severe loss of life and damage to infrastructure. It made landfall on May 3, with winds exceeding 130 mph, followed by a 12-foot tidal wave that destroyed the coastal region. The aftermath: more than 130,000 dead and millions more displaced.

Destroying entire rice crops, Nargis was the worst cyclone to hit the region since 1991, when 140,000 people died.

In a country with 90% of its population surviving on less than a dollar a day, at least two million are in need of food and shelter due to Nargis. According to Unisys Weather, when the cyclone made landfall it brought two feet of rain to a region prone to flooding.

In the aftermath, desperate survivors blocked roads to request assistance from motorists. Canals once used for fishing were flooded with debris and the decomposing bodies of both people and animals. 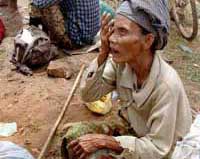 The second disaster occurred on May 12, when an earthquake measuring 7.9 on the Richter scale struck China’s Wenchuan County, devastating the Sichuan province. The quake occurred at 2 p.m., when schools, offices and other facilities were filled with people. Buildings collapsed instantly, killing thousands and trapping alive others under the debris. So far, almost 63,000 have died, nearly 24,000 are missing, and an estimated 21 million homes are destroyed.

The earthquake formed 35 “quake lakes,” with some caused by landslides; these have become a major problem. More than 150,000 people were evacuated from Sichuan province in fear of a dam giving way and releasing more than 130 million cubic meters of water. Engineers worked frantically to delay a river that rose two meters per day.

Disasters such as these bring to mind the apocalyptic visions recorded in the Bible, in which destruction is foretold to occur in the “end time,” prior to Jesus Christ’s Second Coming. Two questions come to mind: How close are we to the “end of the age”?—and what events will precede Christ’s Return?

Almost 2,000 years ago, Jesus Christ’s disciples privately came to Him and asked that He reveal the conditions that would precede His Return and how those events will affect the generation living in the end-time. “Tell us, when shall these things be? And what shall be the sign of Your coming, and of the end of the world?” (Matt. 24:3).

Throughout Christ’s ministry, He preached the “gospel of the kingdom of God” (Mark 1:14-15)—that is, the government of God, through which Christ will rule all nations upon His Return. The disciples were expecting the kingdom of God to be established in their lifetime. Even after Jesus had ascended to heaven, the apostle Paul still thought that Christ would return in his lifetime to setup God’s government on the earth. He wrote: “Then we which are alive and remain shall be caught up together with them in the clouds, to meet the Lord in the air” (I Thes. 4:17).

But Paul and the other apostles came to realize that Christ’s Second Coming would not happen until much, much later. Over the past 2,000 years, many have expected Jesus to return during their lives, not fully understanding that certain events must first take place.

Let’s take a closer look at some of the events recorded in the “Olivet Prophecy” (recorded in Matthew 24, Mark 13 and Luke 21) to see what conditions will prevail just before Jesus will set up His world-ruling supergovernment.

In Matthew 24, Christ lifts the veil over the final years preceding His Return: “Take heed that no man deceive you. For many shall come in My name, saying, I am Christ; and shall deceive many” (vs. 4-5).

This passage has double meaning: (1) There will be deceivers claiming to be Christ, and (2) false ministers and leaders will claim to represent Christ—to “come in My name,” taking Jesus’ authority to themselves to preach false doctrines. Such people existed in the first-century Church—“For such are false apostles, deceitful workers, transforming themselves into the apostles of Christ… transformed as the ministers of righteousness” (II Cor. 11:13, 15). They are also at work today.

There are thousands of denominations and sects professing to represent the true Christ—yet their teachings are vastly different from what is revealed in the Bible! Christ says of them, “These people draw near to Me with their mouth, and honor Me with their lips, but their heart is far from Me. And in vain they worship Me, teaching as doctrines the commandments of men” (Matt. 15:8-9).

Verse 23: “And then will I profess unto them, I never knew you: depart from Me, you that work iniquity.”

Next, Jesus said, “And you shall hear of wars and rumors of wars: see that you be not troubled: for all these things must come to pass, but the end is not yet” (Matt. 24:6).

Few countries have been exempted from war and widespread violence. Watching international and regional news, we are constantly faced with images of wars taking place around the globe. But Christ says, “The end is not yet.”

AFP/Getty Images
Widespread Poverty: Two people lay in a makeshift open air camp among some 34 adults and 106 children in the town of Mutare in eastern Zimbabwe, after their homes were burnt down following an attack blamed on militant supporters of Zimbabwe’s President Robert Mugabe. 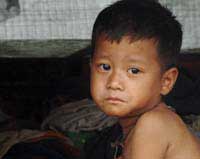 Continuing, Jesus said, “For nation shall rise against nation, and kingdom against kingdom: and there shall be famines, and pestilences, and earthquakes, in divers [various] places. All these are the beginning of sorrows” (vs. 7-8).

The rendering for “nation” in verse 7 (the New Testament was originally written in Greek) is ethnos, the root word for “ethnic.” More and more ethnic wars are occurring. The main reason is that as political competition increases within countries, ruthless leaders use ethnic violence as a tool to ensure they have the advantage over their opponents. Examples of this can be seen in Kenya, Zimbabwe, Sudan, etc.

In the wake of changed global climatic conditions and other factors, food production and reserves have dwindled; increasing millions now face malnutrition and starvation. The United Nations is finding it difficult to keep up with the demand from poverty stricken countries. The increase of food prices has already resulted in “food wars” around the globe as the poor reach out to their leaders to help them.

China’s May 12 earthquake is one of many that have devastated the country in recent times. In the last three decades the severity of earthquakes has increased all over the world. In 1976, an earthquake that struck Tangshan, China, killed 255,000 people. In 2004, an earthquake measuring 9.0 occurred beneath the ocean off the west coast of northern Sumatra, triggering a tsunami that killed some 225,000 people in 11 nations, with many missing.

More and more, the events outlined in Matthew 24 are coming to pass before our eyes. Take time to read the entire chapter, along with Mark 13 and Luke 21, to see how these will impact your life.

“For then shall be great tribulation,” Christ warned, “such as was not since the beginning of the world to this time, no, nor ever shall be. And except those days should be shortened, there should no flesh be saved: but for the elect’s sake those days shall be shortened” (Matt. 24:21-22).

“Saved” is not referring to eternal salvation—rather, it means “no flesh saved alive.” In other words, global events will become so horrific, so devastating, that only the Return of Jesus Christ will prevent mankind from destroying itself!

As prophetic events escalate, they serve as a sign that humanity is entering the final years of man’s governments, systems and societies—soon to be replaced with a perfect system, a perfect government, led by a perfect Ruler (Isa. 9:6-7)!

Until then, the greatest work ever seen will continue to “teach all nations…to observe all things whatsoever I [Christ] have commanded.” His servants will be preaching the gospel (Matt. 28:19-20)—literally the good news—of the soon-coming kingdom of God: “And this gospel will be preached in the entire world as a witness to all the nations, and then the end will come” (Matt. 24:13-14)!

Christ’s gospel IS being proclaimed today to “all nations,” through The Real Truth magazine, as well as through The World to Come program, presented by David C. Pack, and the thousands of pages of books, booklets, articles, reports and lessons archived and freely accessible at rcg.org.

To learn more, read our booklet Are These the Last Days? or visit The Real Truth website (rcg.org/realtruth) for additional information about the most important events soon to take place.