This website requires the use of Javascript to function correctly. Performance and usage will suffer if it remains disabled.
How to Enable Javascript
Greece to Boost Military after Threats from Neighbor Turkey

Greece to Boost Military after Threats from Neighbor Turkey 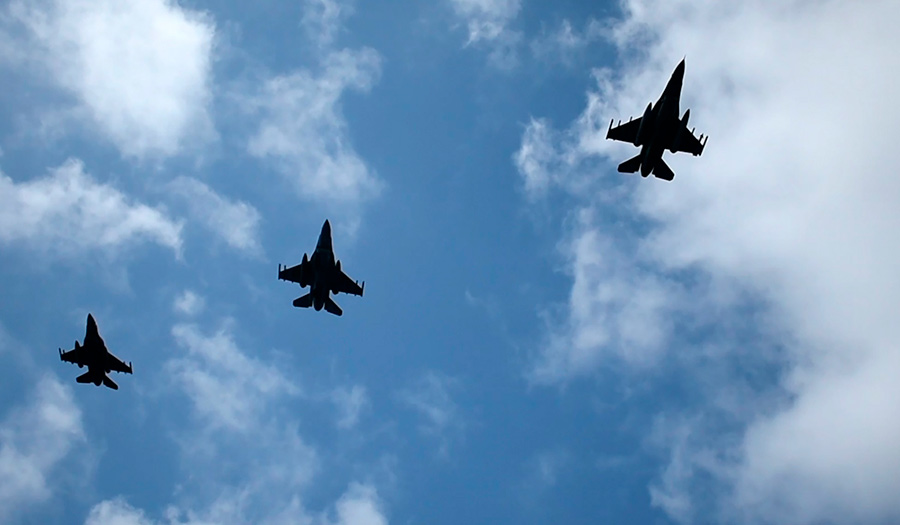 ATHENS, Greece (AP) – Greece will bolster its military with new arms, more personnel and by developing the country’s defense industry, the government said Monday, as a tense standoff with neighboring Turkey has led to concerns of open conflict between the two NATO allies.

Ankara is facing off against Greece and Cyprus over oil and gas exploration rights in the eastern Mediterranean Sea. Greece and Turkey have deployed naval and air forces to assert their competing claims.

“The Turkish leadership is unleashing, on a near daily basis, threats of war and makes provocative statements against Greece,” Greek government spokesman Stelios Petsas said. “We respond with political, diplomatic and operational readiness, determined to do whatever is necessary to protect our sovereign rights.”

Mr. Petsas said Prime Minister Kyriakos Mitsotakis would be announcing details of plans to upgrade the country’s military during his annual state of the economy speech on Saturday.

Last week, Greece raised $2.96 billion in a bond auction as the country seeks to increase military spending and raise funds for businesses affected by the coronavirus pandemic.

Greek media have reported the purchases may include French-made Rafale fighter jets and at least one French frigate. Mr. Petsas said Mr. Mitsotakis would be meeting with French President Emmanuel Macron on Thursday on the sidelines of a meeting in Corsica of the European Union’s Mediterranean countries.

On Monday, Turkish President Recep Tayyip Erdogan characterized Greece’s armed forces as “dilapidated” and called on Athens to seek a dialogue with Turkey. He also criticized the EU, which has backed EU member Greece in the dispute.

“I advise those who, instead of sitting around the table with us, show defiance with their dilapidated military forces, to carefully inspect our diplomatic efforts and military operations of the past four years,” Mr. Erdogan said following a Cabinet meeting.

“Turkey will continue to follow a determined and active policy in the eastern Mediterranean,” Mr. Erdogan said.

“They’re either going to understand the language of politics and diplomacy, or in the field with painful experiences,” he said.

Greece and Turkey have come to the brink of war three times since the mid-1970s, including once over exploration rights in the Aegean Sea.

The current dispute escalated when Turkey sent seismic research vessel, the Oruc Reis, accompanied by warships, to prospect for oil and gas reserves in an area between Cyprus and the Greek island of Crete that Athens claims as its own continental shelf.

Greece sent its own warships to the area and put its armed forces on alert. 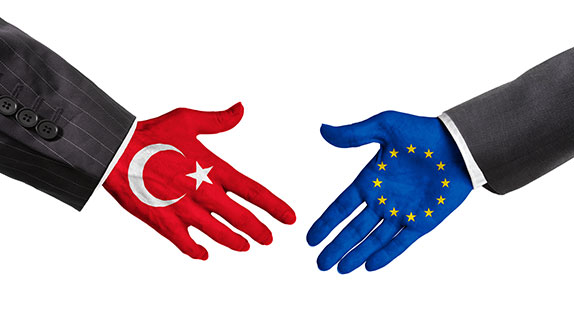 Can the EU Accept an Islamic Member?
Europe’s Muslim neighbor has sought closer ties with the Continent since the end of World War II. But fundamental differences stand in the way of full integration.