This website requires the use of Javascript to function correctly. Performance and usage will suffer if it remains disabled.
How to Enable Javascript
U.S. Agency: Rebuilding Afghanistan Has a High Human Cost

KABUL, Afghanistan (AP) – Rebuilding Afghanistan has cost hundreds of lives, according to a new report released Tuesday by a U.S. government watchdog that monitors the billions of dollars Washington spends in the war-ravaged country.

The Special Inspector General for Afghan Reconstruction, John F. Sopko, says his report is the first to look at the human cost of rebuilding Afghanistan following the 2001 U.S.-led invasion that toppled the Taliban. The casualties it chronicled were the result of Taliban and other militant attacks on reconstruction projects since 2002. Such projects are often seen as easy targets. The SIGAR report did not include accidental or other deaths associated with reconstruction projects.

“‘For years, SIGAR has spent considerable effort to track the financial costs of reconstruction and stabilization activities in Afghanistan,” said Mr. Sopko in a preamble to the report. “However, little effort has been made up to now to track the human costs—the number of people killed, wounded, or kidnapped—to accomplish these activities.”

The report found that 2,214 people have been killed, most of them Afghans, in largely U.S.-led projects to rebuild the country. That deaths included 284 Americans, both civilian and military. Another 2,291 people were wounded in projects from road construction, to building schools and health clinics around Afghanistan.

The most dangerous job was road construction, according to SIGAR, amid a range of projects that included counter-narcotics, governance, and demining. Road construction accounted “for 30% of all casualties,” the agency said.

The report did not identify who carried out the attacks. Alongside the Taliban, other militants operate in Afghanistan, including the Islamic State terror group.

SIGAR also said 1,182 people were either abducted or disappeared while on reconstruction jobs. The report did not say how many among the kidnapped had been recovered.

Of the Americans killed helping rebuild Afghanistan, 216 were U.S. service members. According to the report, most of the casualties came the peak of reconstruction from 2008 to 2011.

The United States has spent nearly $1 trillion in Afghanistan, the majority of which has been spent on security and war-fighting costs. 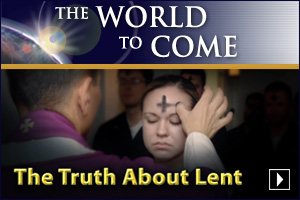